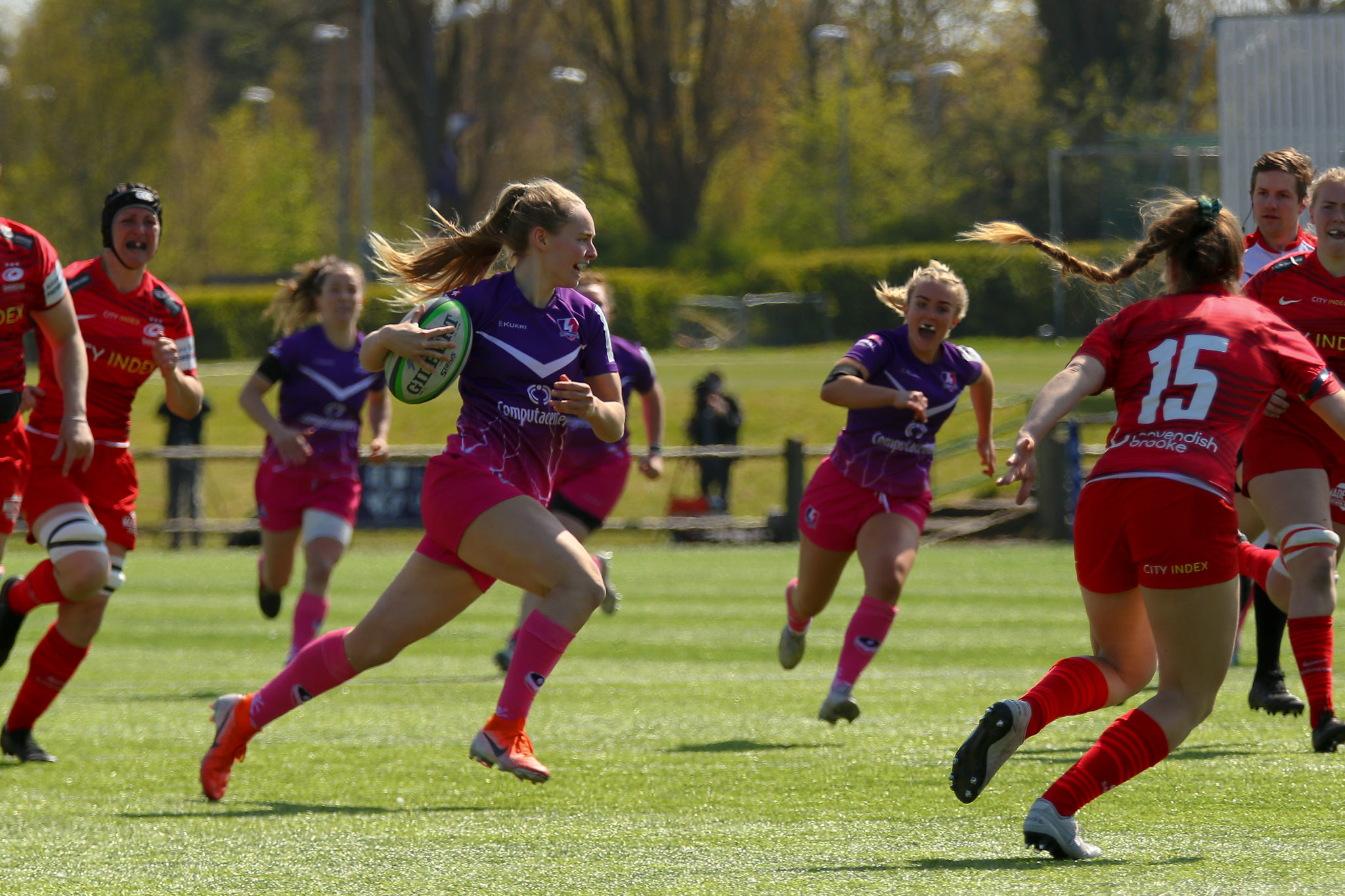 Loughborough Lightning have stepped up preparations for their Premier 15s semi-final match versus Saracens Women with the game taking place in just over one weeks’ time (22 May).

Rhys Edwards’ side will travel to the StoneX Stadium in London in confident mood, vying for a place in the final at Gloucester's Kingsholm on Sunday 30th May.

With a full-strength squad to select from, Lightning will be looking to knock out the current and two-time champions on their own patch.

Ahead of the game, Lightning captain, Sarah Hunter said:

“The home game was particularly impressive with Lightning putting out a very young and inexperienced side with many players making their debut.

“Having come close on both occasions, Lightning will be aiming to go one better. We are under no illusion of the challenge we have on our hands. Saracens are the only team to have won the Premier 15s title and haven’t lost a game at home this season, but we are excited by the test that brings.

“With players returning from international duty and injury we have a full-strength squad to select from and there is a real buzz and excitement around training as we work towards the game. There is a real focus on ourselves and what we need to do to win a semi-final.”

The match will be live-streamed on the Premier 15s website and also broadcast on the BT Sport app.