Lightning call up Haynes after injury strikes side 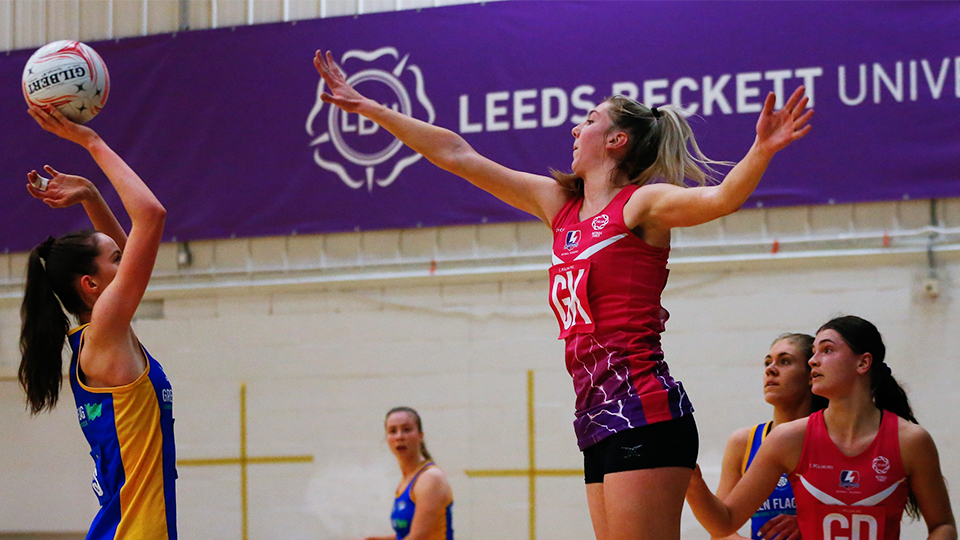 Loughborough Lightning have today announced that Jess Haynes will join the side as a permanent replacement player for the remainder of the 2021 Vitality Netball Superleague season.

Having joined the Loughborough Lightning Academy in 2021 from fellow Superleague side London Pulse, circle defender and Nottingham Trent University student Haynes has been a key feature in the U21’s campaign so far.

Joining up with the squad for this weekend’s double header (rounds 17 and 18), Haynes has been added to the roster after it was confirmed that Loughborough University student Annabel Roddy is ruled out of the rest of the season after sustaining an ankle injury in training.

On Haynes’ inclusion in the side, Head Coach Sara Francis-Bayman commented:

“It’s a great opportunity for Jess to come into the Superleague environment and provide defensive cover for the rest of the season.

“It’s disappointing for Annabel to miss the rest of the season but we will support her through her rehab to get her back on court as soon as possible.”

Loughborough Lightning are back in action this weekend taking on Celtic Dragons on Saturday 29th May followed by Leeds Rhinos on Sunday 30th May.

Be sure to catch them in action LIVE on Sky Sports YouTube.