Lightning do the double in bank holiday bonanza 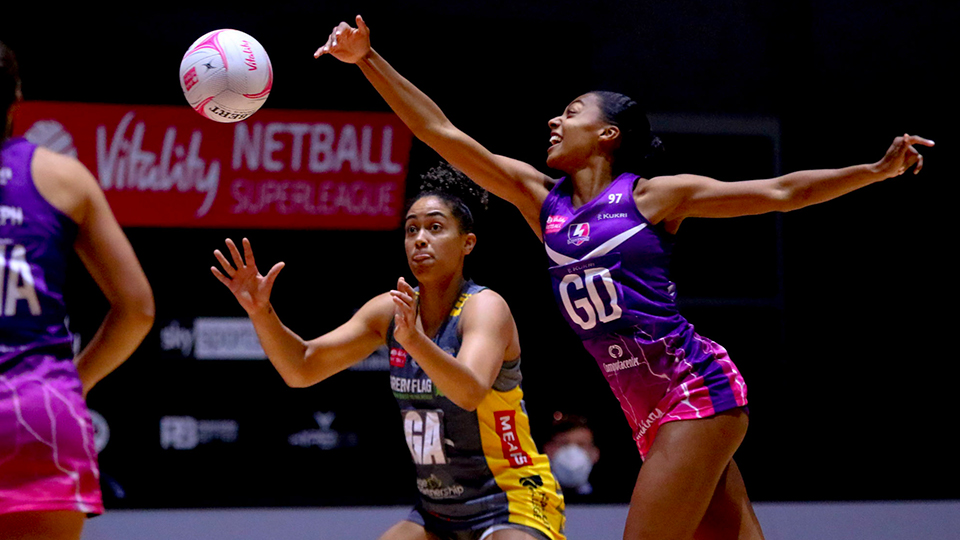 Loughborough Lightning added another six points to their tally over the weekend, with back-to-back victories over Celtic Dragons and Leeds Rhinos, in rounds 17 and 18 of the Vitality Netball Superleague.

Returning to the Copper Box Arena for their final double header weekend of the season and having already confirmed their spot in the semi-finals, Lightning looked to use the weekend as an opportunity to bring injured players back into the side and to test out crucial combinations ahead of a tough end of season run.

Facing Celtic Dragons on the Saturday and Leeds Rhinos on the Sunday, Lightning faced two very different challenges ahead of them. Securing the highest result of the season so far, the last time Lightning came up against Dragons, Head Coach Francis Bayman saw the opening match of the weekend as the chance to give her squad vital minutes, whilst allowing opportunity to rest before the charge on Sunday.

Leeds Rhinos posed an alternative threat, however. With everything to play for, Rhinos came into the clash with momentum behind them and a full-strength squad, eager to add points to the table and inch them closer to a spot in the semi-finals.

Receiving her call up to the squad just days before the match, youngster Jess Haynes earned her debut with Lightning in the second half, becoming the 102nd player to wear the purple dress. With the space to play out combinations, Francis-Bayman used the remainder of the match to rotate her bench, rest players ahead of the second match and comfortably seal her eighth victory in a row. 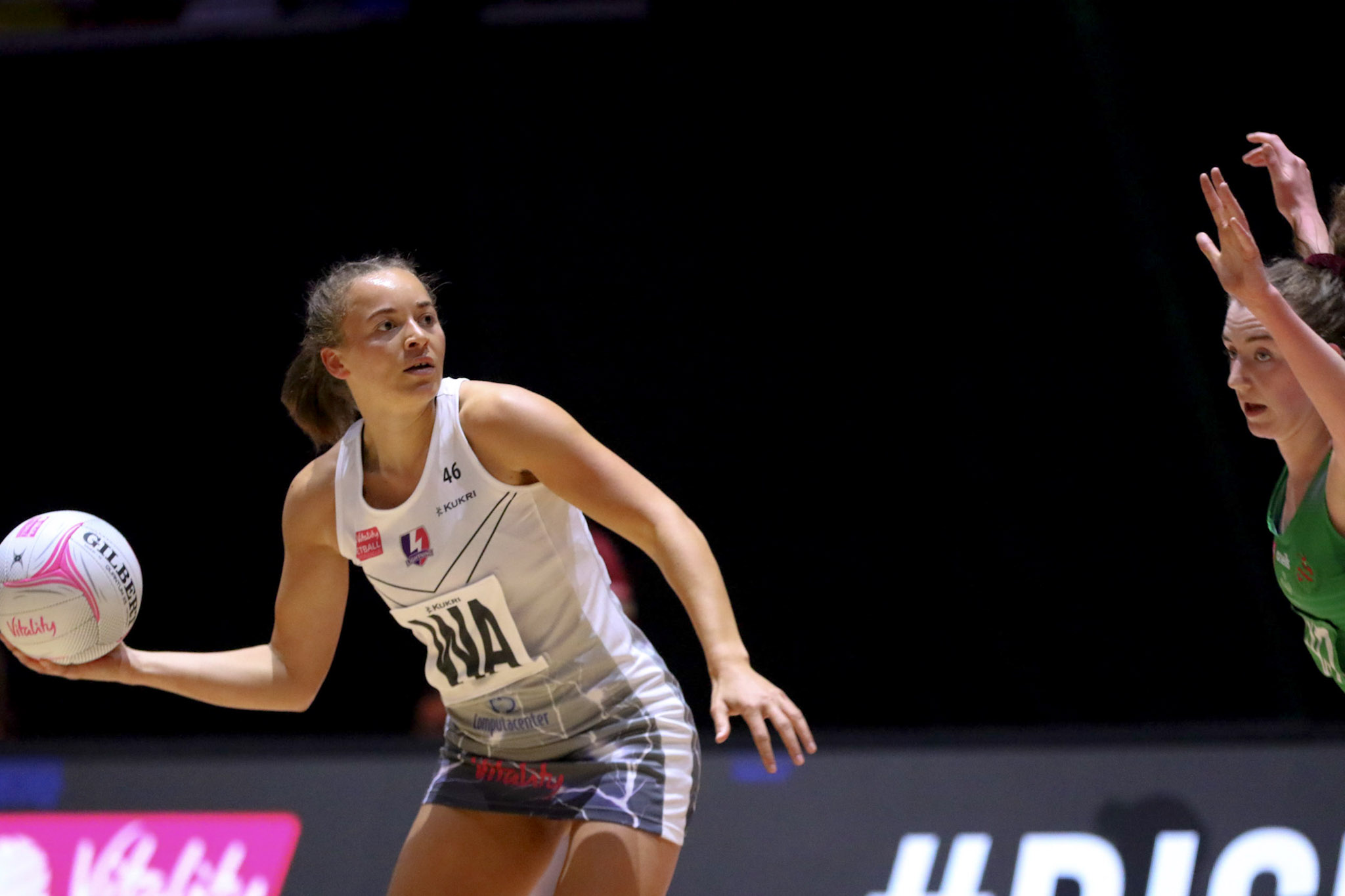 With speed and silent determination, Loughborough University young gun, Suzie Liverseidge earned herself another Computacenter player of the match award for her performance;

“We just wanted to take each quarter and prepare as well as we could going into the end of the season. We wanted it to be a solid performance. No game is a given in this league, so we just need to focus on each game at a time. We are confident we can go the whole way, but we know we just need to work hard, prepare well and take each game as it comes.”

Returning to court less than 24 hours later, Lightning faced their toughest challenge of the weekend with Leeds Rhinos eager to continue their own winning streak.

A slow start saw Lightning quickly down by five goals; however, a gear change soon saw them level the score by the end of the opening quarter. Building on their momentum, Lightning kept applying the pressure throughout the second quarter, capitalising on Rhinos’ unforced errors and using their widespread experience of the game to play their own speed and style. Remaining level on points going into the second half, Rhinos brought the physicality, in a bid to rattle the opposition and push ahead, however, remaining calm and reaping the rewards for doing so, Lightning pushed on. Sam May took time to analyse the incoming ball and snatch it from the interception whilst Clark’s nonchalant approach to the game saw her sink ball after ball from out wide. The final whistle sounded, and Lightning were victorious once again.

Scoring her 700th goal of the season and claiming 50 of the 59 goals scored as her own, Ugandan She Crane Mary Cholhok was rightfully named the Computacenter Player of the match;

“It’s really important for us to keep our performances up, keep the intensity going as we approach the play-offs and to work on all the components we know will need to win.”

“We knew we needed to turn this match around after the opening quarter, we’ve trained really hard the last two weeks and we knew we could lift ourselves up and come back.”

“I was hoping they would dig themselves out and they did today. It was a poor start from us, and we need to fix that moving forward. I’m proud however of the response from the girls, we talked about motivation before the game, and they showed how much they wanted to win today. I think we all realised how much we hate losing, we ultimately want to win.”

With the battle for the starting goal attack spot still roaring on, Francis-Bayman was keen to comment on each of the player’s equally strong performances across the weekend;

“I thought Ella totally changed the game today, she completely changed our attack end. We wanted to get her on earlier than a minute to go, but we wanted to bed her in for a while in the second quarter then let her run in the second half. She did a phenomenal job today.”

“She’s obviously under pressure with Suzie in that situation, but Suzie played really well yesterday, and Ella stepped up today and delivered exactly what we needed.”

Looking ahead to the final two rounds of the regular season, Lightning face Manchester Thunder and Team Bath, both of whom have also confirmed their place in the semi-finals.

“I think the tough run in is good for us. We’ll play Thunder and Bath and then most likely one of them again in the semi-final so we’re going to be battling hard over the next few weeks. We will need to absorb pressure, but the girls did that today and will have to do that over the next two rounds. It’s going to be fun!”

You can witness all the action LIVE at The Copper Box Arena with tickets available to purchase here.

Alternatively, Sky Sports will be showcasing every second via YouTube and Sky Sports TV.