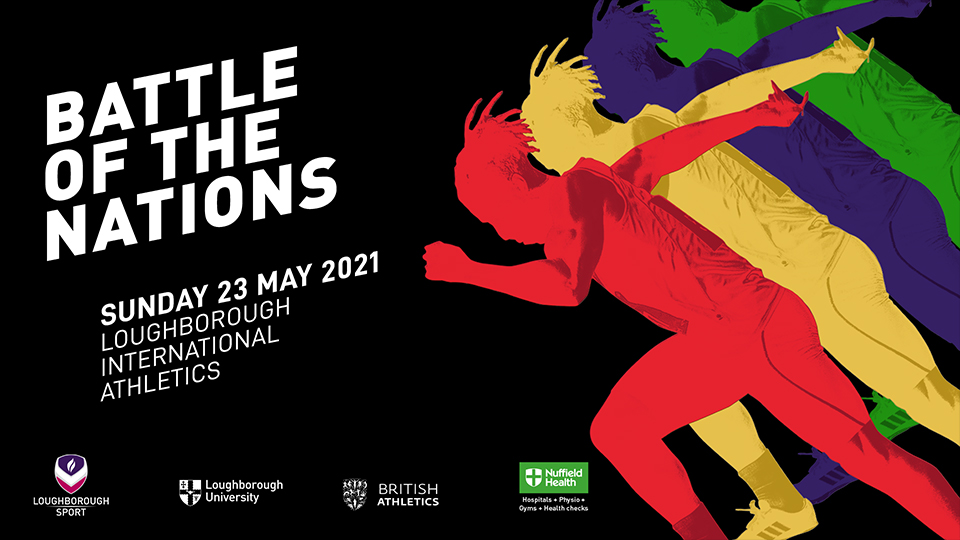 Loughborough University is proud to be hosting this year’s Loughborough International Athletics (LIA) event on Sunday, 23 May.

Seen as the curtain-raiser to the outdoor season, the competition was sadly cancelled last year due to the coronavirus pandemic but will make a welcome return to campus this weekend at the Paula Radcliffe Stadium.

Billed as a ‘Battle of the Nations’, Loughborough will put forward a team of past and present students to go up against teams from England, Scotland, Wales and GB&NI U20s.

Due to current covid restrictions, this year’s event will be strictly held behind closed doors with no admissions for spectators.

However, supporters can still keep across the action via a live stream hosted on Loughborough Sport’s Facebook and YouTube pages. Live results from the day can also be viewed HERE.

“We had an idea at the start of the year that the event may be allowed to take place, but when we got the actual go ahead, we only had a matter of weeks to put the event on,” explained Emma Wiltshire, Loughborough Athletics Programme Manager and Meeting Manager for the LIA.

“It’s been a mammoth effort from all involved including the Athletics Event Leads, Loughborough Sport and the wider University to make it happen, and there are so many people we have to thank for getting the event off the ground.

“In a year where all three BUCS Athletics Championships were cancelled, it’s fantastic that some of our current athletes will still be able to sport the colours of Loughborough and be part of a team which includes athletes who may have since left, but at one time called Loughborough their home and training base.”

Loughborough has named a strong squad for the day of first-class athletics, including Meghan Beesley competing in the 400m Hurdles, Molly Caudery in the pole vault, Alex Haydock-Wilson in the 400m, and Georgina Adam in 200m.

The full Loughborough team can be found below:

Loughborough’s opponents on the day have also named strong sides. The GB&NI U20s team includes Charlotte Payne in the women’s hammer, who has already secured the world and European U20 standards.

The Scotland side will feature Beth Dobbin in the 200m, Alisha Rees in the 100m, and Courtney MacGuire in the pole vault.

The Wales team will see Jeremiah Azu competing in 100m and Loughborough-based Dai Greene in the 400m hurdles.

England has selected European under-20 champion Isabelle Boffey in the 800m and high jumper Joel Clarke-Khan.