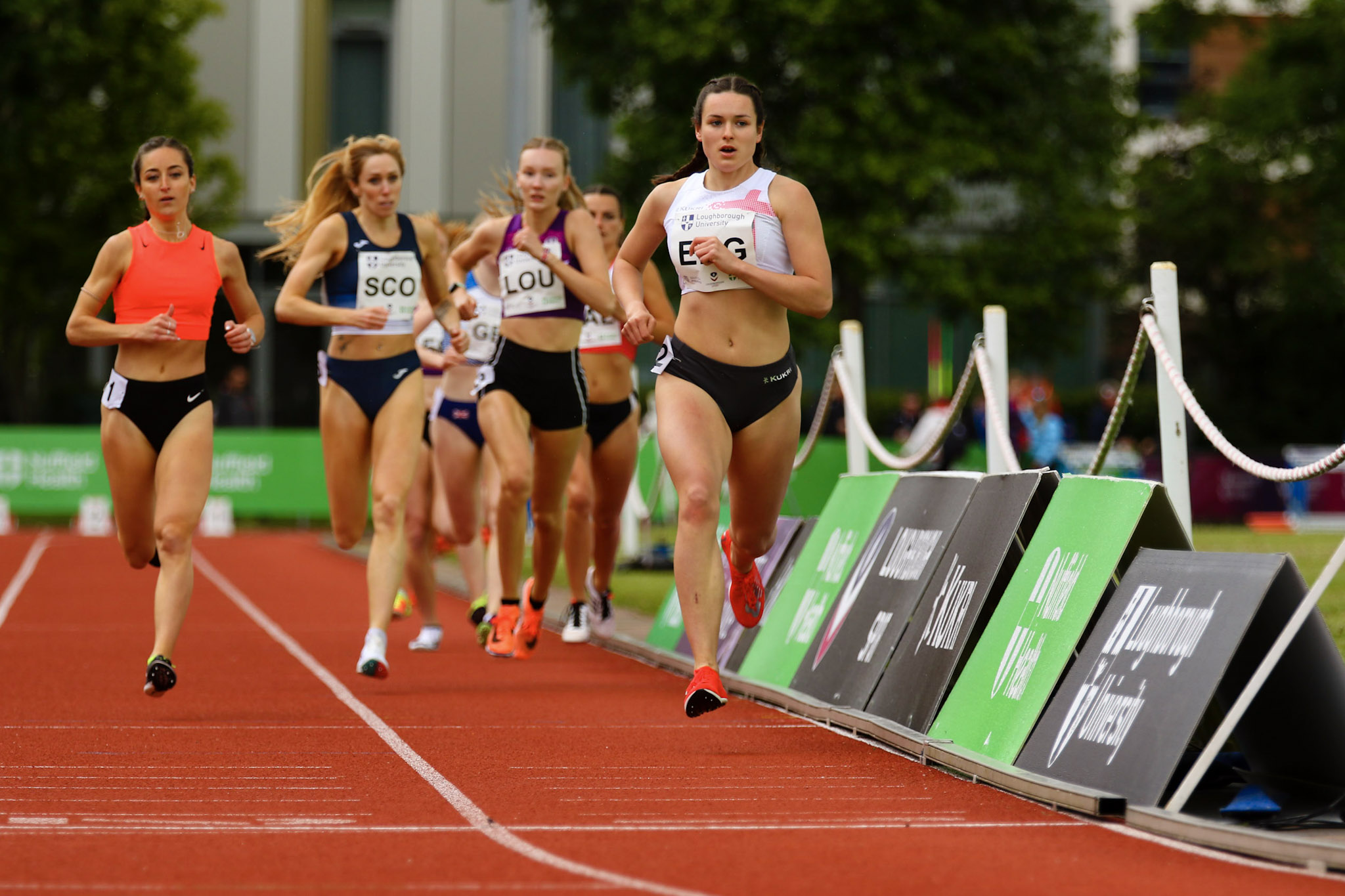 Loughborough International Athletics (LIA) returned to campus on Sunday (23 May) as England secured victory in the 2021 ‘Battle of the Nations’.

Even the changeable weather conditions at the Paula Radcliffe Stadium could not put a dampener on a day of first-class athletics as teams from Loughborough, England, Scotland, Wales and GB&NI U20s went head-to-head.

In the Men’s Hammer, Loughborough’s Taylor Campbell secured a personal best with a mammoth throw of 76.97m – the fifth best UK distance of all time.

In the same event, Scotland’s Chris Bennet secured second place with a throw of 74.73m, with England's Craig Murch coming third with a season's best of 72.63m.

In the Men’s High Jump, Scotland’s Will Grimsey soared to 2.25m victory as he hit a personal best and Commonwealth Games qualifier. 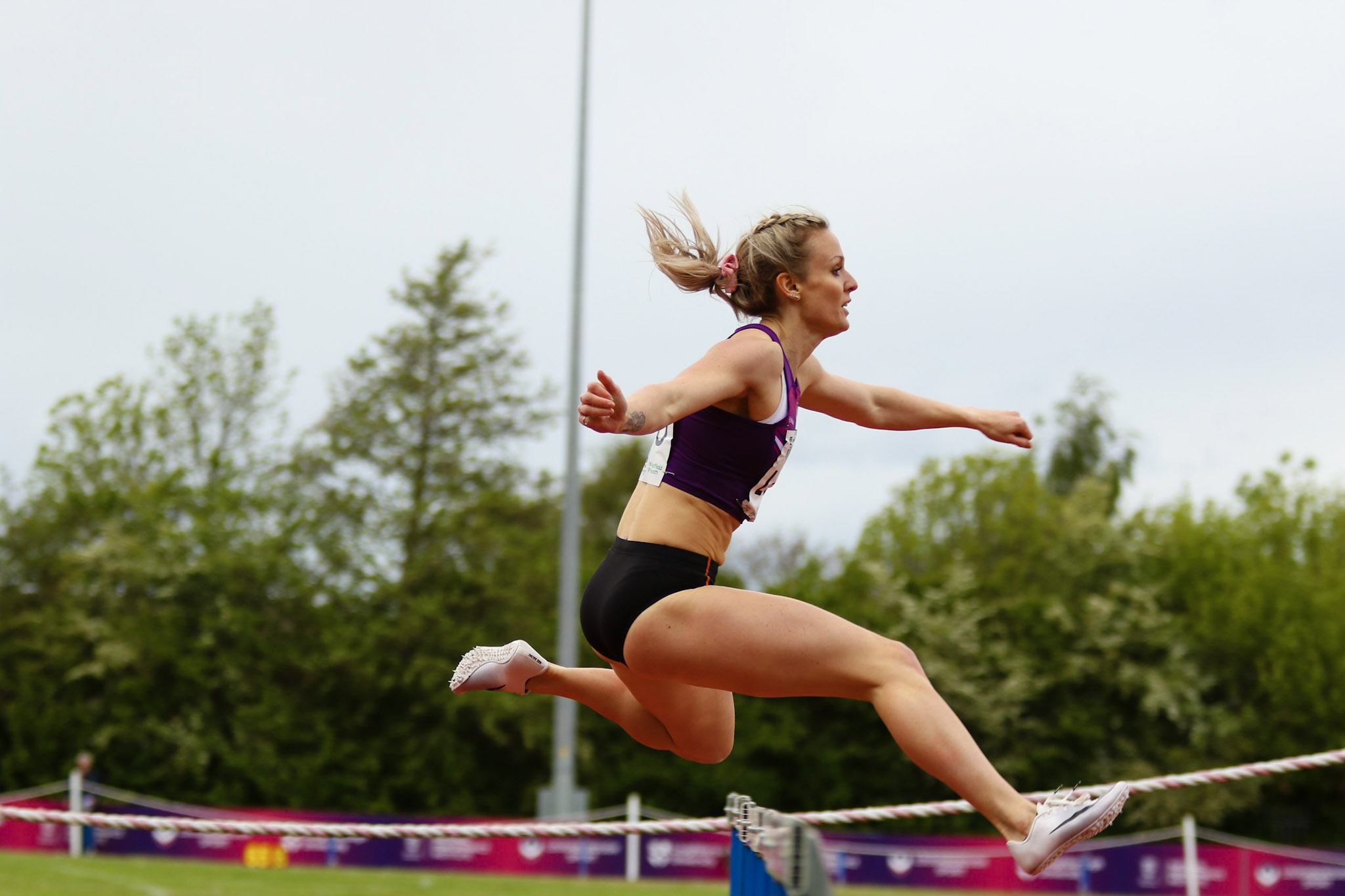 Loughborough dominated both 400m Hurdles events with victories for Meghan Beesley and Alex Knibbs respectively. In the Women’s race, Beesley beat England’s Zoe Pollock over the line to take the title in 57.45 with Knibbs also taking the Men’s title, crossing the line in 50.73.

“I’m definitely happy with winning. I haven’t raced for nearly two years in this event and I’m not going to lie, the last 150m of that hurt a lot.

“It’s a nice place to start, and I didn’t think I’d break 58 [seconds] in my first race back so there’s hopefully some improvements to come.”

Loughborough also tasted success in the Men’s Long Jump as Sam Khogali took victory with his impressive jump of 7.49m.

Molly Caudery continued to impress for Loughborough with another excellent performance in the pole vault.  The 21-year-old recorded a height of 4.30m to take the title from England’s Sophie Cook (4.20m).

England’s Scott Lincoln was in great form in the Men’s shot put, blowing away the field with a winning throw of 19.61m. In the Women’s event, Wales’ Adele Nicoll threw her best shot for over a year, taking the win with 16.14m. 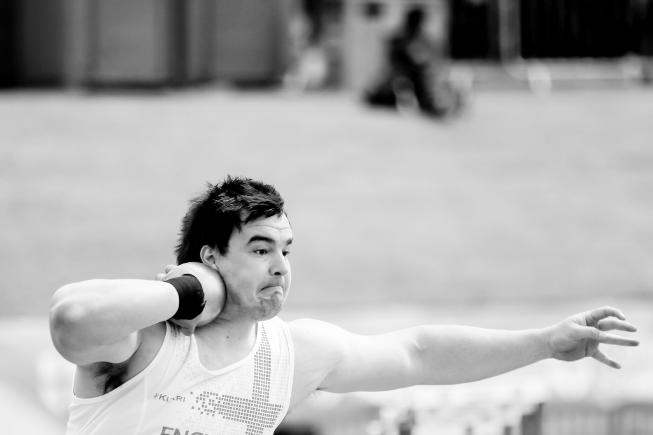 Sarah Tait had a Scotland debut to remember as she won the 3000m steeplechase with a well-executed race in 10:27.18, and Loughborough-based Beth Dobbin added further glory for team Scotland with a convincing win in the Women’s 200m (23:19).

Matthew Stonier showed great resilience to win the Men’s 3000m for Loughborough in 8:30.67, cruising to victory over England’s Rory Leonard (8:32.42).

Elsewhere, Wales produced a storming performance of their own in the Men’s 4x100m with a time of 39.73.

However, after an exhilarating day of competition, it was England that took the spoils:

For the full list of individual results from LIA 2021, visit HERE.