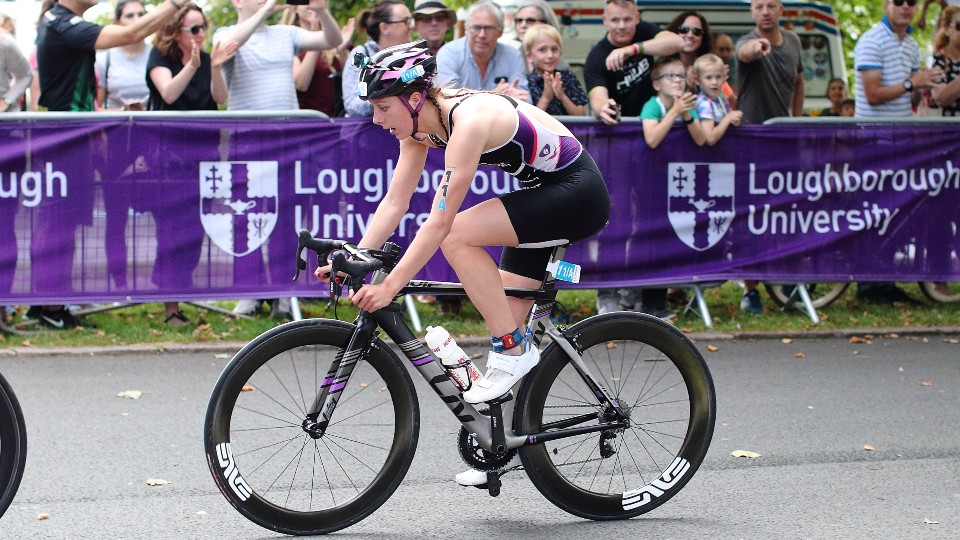 It was a busy weekend of racing for Loughborough triathletes last weekend with athletes from all squads taking part in their first draft legal races of the year, in addition to the BUCS non-drafting Olympic distance triathlon.

Yokohama was the venue for the first World Triathlon Series event of the year and three Loughborough-based athletes took big steps forward. In the Olympic event Alex Yee, who has been training with the Loughborough squad for the last 15 months and Sophie Coldwell (alum), were the highest British finishers with 4th and 6th place respectively in highly competitive races.

Both will be looking to cement their performance as the next WTS race in Leeds on 5th and 6th June.  On the Paralympic side, George Peasgood secured victory over the World Champion to win his first ever World Triathlon Para event by a margin of 13 seconds.  Full reports can be found here https://www.britishtriathlon.org/

On home soil, Llanelli was the venue for the European U20s and U23 qualifying event in addition to a senior men’s and Para event.  On the Olympic side 22 athletes took part across the Junior and Senior/U23 events with the highest finishers being Connor Bentley (1st U23 male), Olivia Mathias (1st U23 female) and Matt Howard 3rd U20 male.

Llanelli was also a season opener for many Paralympic athletes and it was great to see six Loughborough-based athletes, representing the fully athlete pathway - World Class Programme, Talent Squad and AU club members all competing at the same event. The event provided an opportunity to dust off the cobwebs for those aiming for Tokyo and for those who are newer to the sport it was an opportunity to race with some of the best.

BUCs Olympic distance triathlon took place at the Cotswold Water Park and to cement a weekend of great results the men’s event was won by AU club member Fin Arentz, with Matt Collins in 3rd and Tom Robinson 8th.

In the women’s race Lilly Gibbs and Maddie Roche finished 2nd and 3rd respectively with Rachael Vatter 5th.  Full results can be found below, with yet another great turn out by Loughborough triathletes.