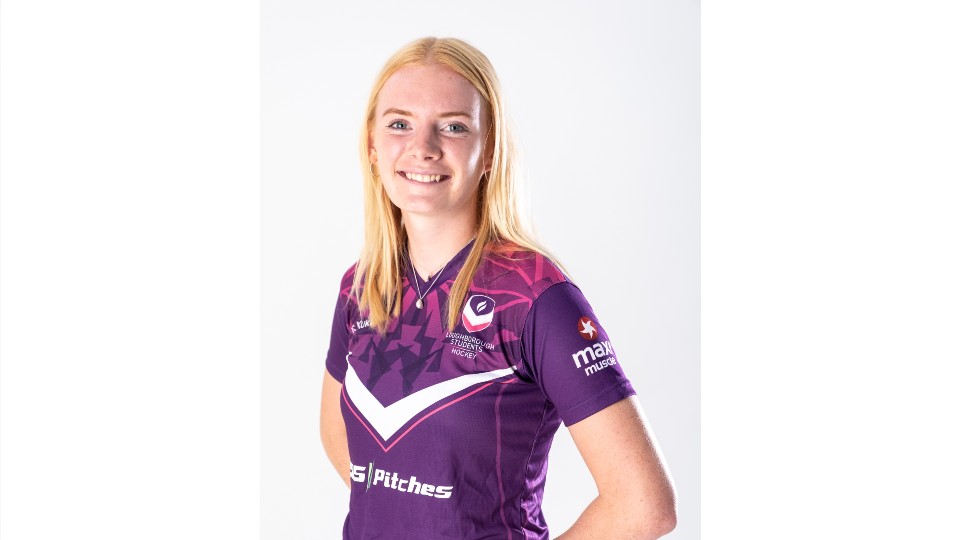 Catherine Ledesma has been selected by England in what will be her first senior involvement in a major tournament.

Loughborough hockey is thrilled to announce that five of its students have been selected to represent their country at the upcoming EuroHockey Nations Championship in Amsterdam.

The tournament in The Netherlands will be Ledesma’s first senior involvement, with the current Loughborough master’s student (Musculoskeletal Sport Science and Health) understandably excited by the prospect:

“I’m very excited, I didn’t expect it at all, so it was nice to feel like the hard work has paid off. My last experience at a European tournament was such good fun so I hope to experience that again.

“The tournament this year will be different to normal, so we will have to be more cautious. It is still so good that this tournament can go ahead and we as players are willing to do whatever precautions are needed in order to be able to play and keep others safe.

“I’m looking forward to getting to know the team and learning from them. Also, it will be amazing to experience what senior international tournaments are like from a players’ perspective.”

Chazza Watson explained to Loughborough Sport how she is equally as thrilled to be called up to the Scotland side:

“I am very excited and honoured to be selected to represent Scotland at the Europeans.

“Despite not having our usual preparation for a tournament due to covid, we have a very exciting squad and I'm looking forward to seeing what we can do out there in Amsterdam and competing against some of the best teams in the world.

“I am also very grateful to Loughborough University for the academic flexibility during this busy time with Scotland and GB, and I wouldn’t be able to compete at this level without the support.”

“It is of huge testament to the strength of programme at Loughborough to have so many players selected for the European Championships. Looking deeper, a third of the England squad have studied or played at Loughborough, including assistant coach David Ralph, as well as two Scottish players. We’re also expecting a few Loughborough alumni to be picked for Wales too.

“Those who have been called up have performed consistently and fully deserve the opportunity to represent their country on the European stage. We thrilled for all the players with special mention to Catherine Ledesma who deserves this first opportunity.”

The EuroHockey Nations Championship is held in Amsterdam, The Netherlands, between 4th June – 13th June 2021.