Lightning looking to take the sting out of Wasps 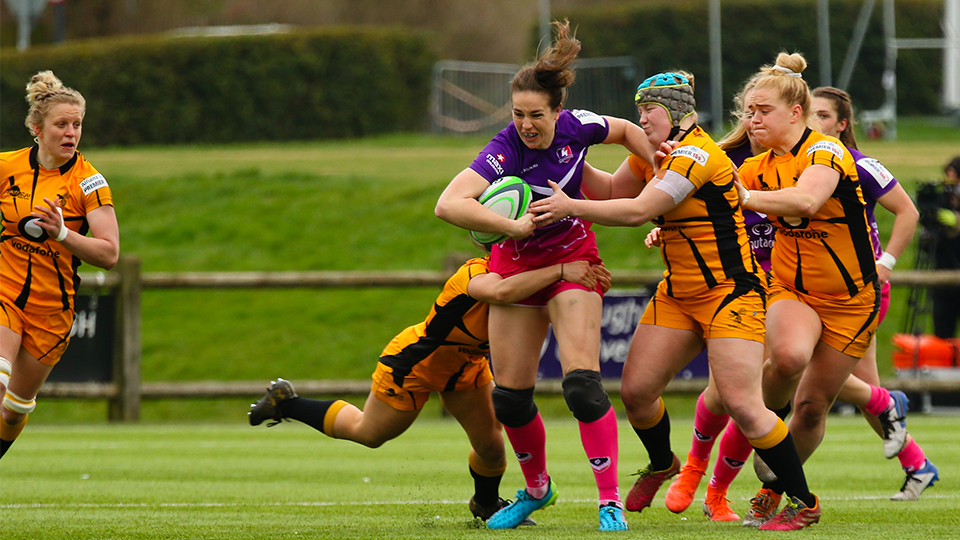 Loughborough Lightning will face Wasps this weekend in what should prove to be a must watch contest.

Wasps, currently 4th in the league, beat Lightning in their first meeting of the season back in December but Lightning are now on a good run of form having not lost since before Christmas. Wasps can’t be discounted though, having only lost narrowly to Exeter and league leaders Saracens in the last two rounds.

Looking ahead to the Wasps game it’s setting itself up to be a real top of the table clash. Wasps are performing well this year under the guidance of Giselle [Mather – Director of Rugby], they’ve shown that they can play a really positive brand of rugby and put teams under pressure.  They’ve been on the wrong end of some results recently which is probably going to motivate them more coming into this weekend.

For us, it’s an opportunity to make sure that we stay on track and that we keep working on our own performance. We’ve made some really nice progress since we last played Wasps and we’ve been a lot more in control in terms of our performances.  We look back at the Quins game and the Bristol game where we dominated pretty much all aspects of the game, so the focus is very much on how we perform this weekend, making sure we control how we play and ultimately control how the season plays out.  We’re under no illusions the next two weeks are pretty big for us as a team, but we’re excited in terms of the opportunity it presents and ultimately, where we finish in the league.

The game is being live streamed by the RFU via their YouTube Channel – click here to watch.