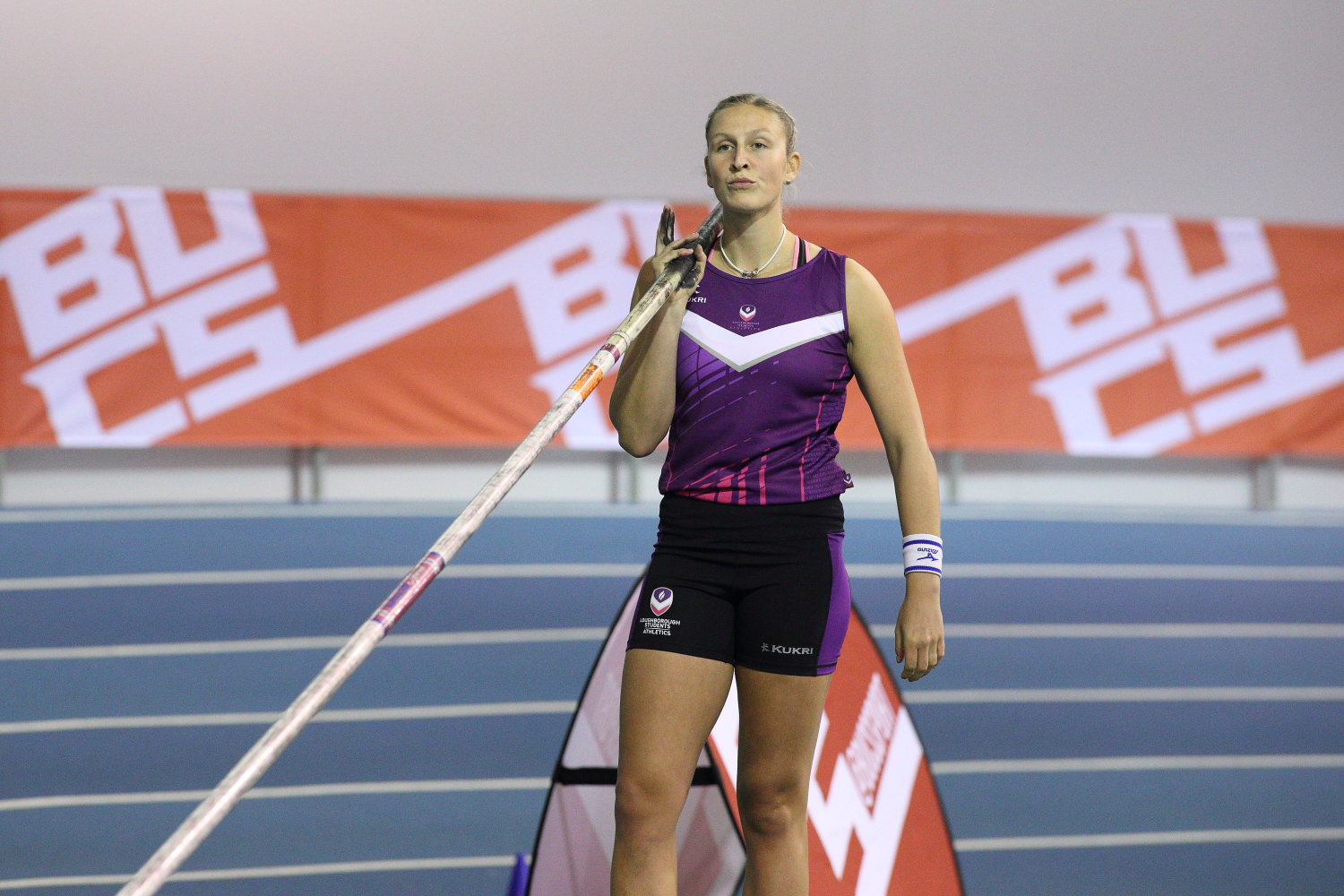 They will make up part of the 41-strong team selected on the 22nd February after a weekend of Trials events around the country. Bradshaw, the 2020 Indoor BUCS Champion and Championship Record Holder, will compete in the women’s pole vault, where she is currently placed second in Europe. PhD candidate Webb will compete in the 800m after his scintillating run last week, where he ran 1:44.54 to rank him second in Europe for 2021 and second on the UK all-time list behind new British record holder Elliot Giles.

On the 26th February, six athletes were added to the British team set to compete, including Loughborough scholars Morgan Lake and Emily Borthwick in the women’s high jump (both coached by Fuzz Caan). The Championships is the first senior GB call up for MSc student Borthwick after jumping a personal best in Loughborough last week, while her training partner Lake jumped just 1cm shy of her own indoor national record at a mid-week Belgrade meet. Her 1.96m clearance was also an Olympic qualifying mark.

They will be joined by former students Jessie Knight (Marina Armstrong) in the 400m, Beth Dobbin (Leon Baptiste) in the women’s 4 x 400m, Harry Aikines Aryeetey (Benke Blomkvist) in the 60m, Guy Learmonth (Justin Rinaldi) in the 800m, Joel Kahn (Deidre Elmhirst) in the men’s high jump and Tom Somers in the men’s 4 x 400m.

“It has been such a tough year for everyone in the sport, and we’re immensely proud that Loughborough can contribute to the Great Britain and Northern Ireland team set to compete at the European Indoors.

"Jamie and Holly are both excellent examples of how individuals can juggle post-graduate education with being a world-class athlete and are role models to our younger students. It was also incredible to hear that both Morgan and Emily were called up to the team as late additions, with special Congratulations going to Emily for her first senior International call up. We wish them, as well as all past students, the best of luck at the Championships”.

The full team announcements can be found on the British Athletics website: