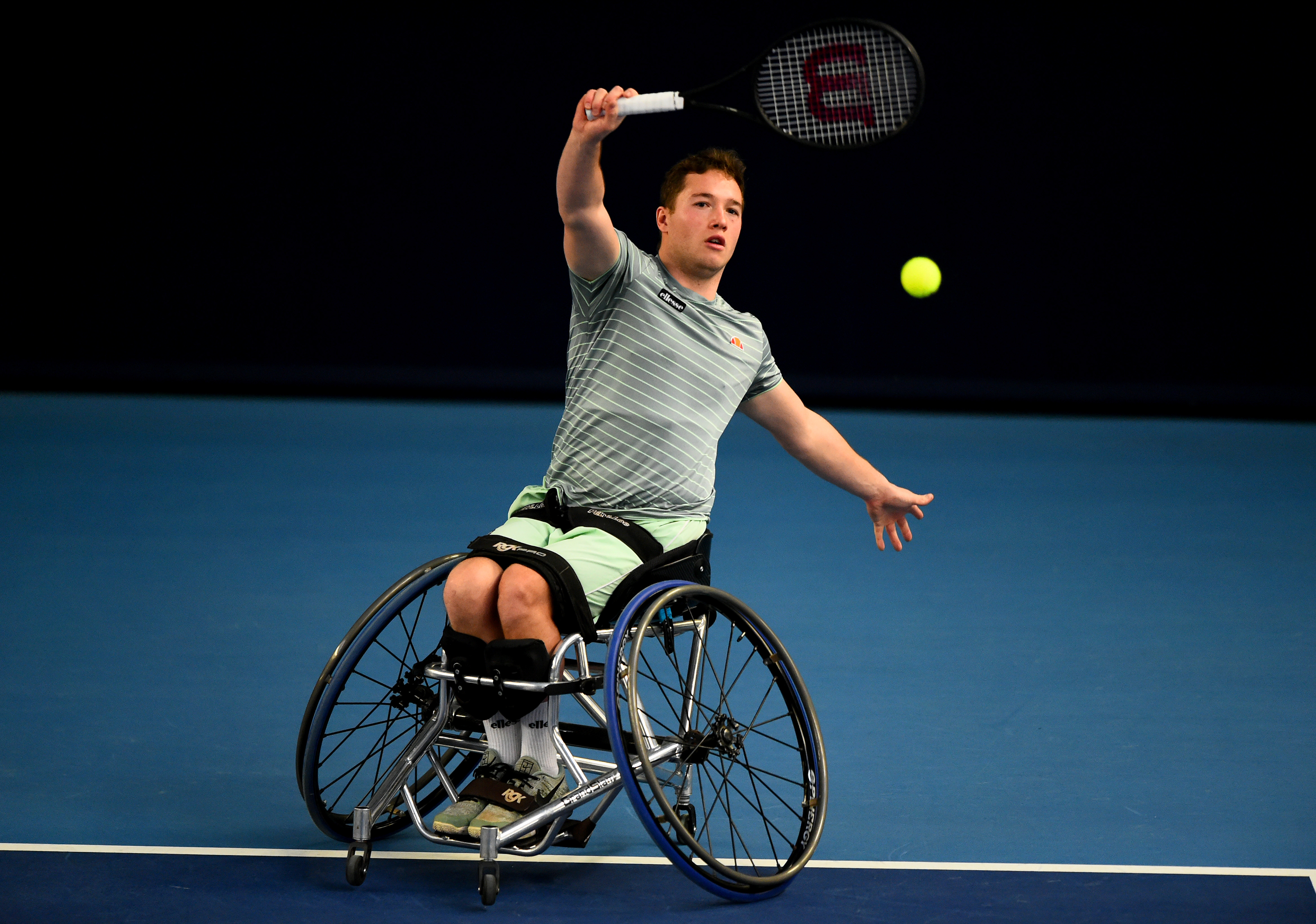 Alfie Hewett is due to compete at the Loughborough Indoor Wheelchair Tennis Tournament. Image provided by The LTA.

An array of Grand Slam champions and Paralympic medallists head the entry for this week’s inaugural Loughborough Indoor Wheelchair Tennis Tournament, which takes place from Tuesday 23 March to Saturday 27 March at the Loughborough University Tennis Centre.

Alfie Hewett and Gordon Reid contested the men’s singles final on that occasion and the Rio Paralympic gold and silver medallists head the world-class entry this week as players from 16 countries vie for the titles in Loughborough.

Reigning Paralympic champion and world No.5 Reid, a two-time champion at the LTA’s ITF 2 event traditionally held in Bolton in February, said:

“After successful trips to Australia and the Netherlands this year it’s really exciting to now have the opportunity to play another international event in Britain and to return to Loughborough. I’ve got some good memories of competing at the Masters in 2017, I’ve been in decent form this season and I’ll be doing all I can to try and ensure that I come away with the title this week.”

With Dutch world No.3 Aniek van Koot the top seed for the women’s singles, world No.4 Whiley, three-time winner of the ITF 2 title in Bolton, has high expectations in a field that also features American world No. 10 Dana Mathewson and Rio Paralympic gold medallist Jiske Griffioen. Whiley said:

“I’m excited because I haven’t played an international event since October. I’ve not been able to do as much training as normal, but I’ve been hitting well and feel like I’m in a good place. I’m really glad the LTA have been able to put Loughborough on, as otherwise my next tournament probably wouldn’t be until the end of May. I expect to win, but there are plenty of good players, such as Aniek, Dana and Jiske, so I think it will be a really good level of competition.”

The entry for this week’s tournament includes several players on the various tiers of the LTA’s Wheelchair World Class Pathway who train in Loughborough, including James Shaw and fellow Brit Antony Cotterill, who join American world No.12 Bryan Barten among the leading contenders for the quad singles title. Looking ahead to the Loughborough Indoor, Shaw said:

“I’ve been training really hard over the winter, so I’m really looking forward to it. I ended 2020 by winning in Prague, so I really want to keep that momentum going. Normally with a local tournament, I can have family and friends around and I can stay at home. Obviously, this time it’s a bit different with the protocols, but being at the venue where I train it will feel like home and hopefully gives me a bit of an advantage.”

Just the second event on the International Tennis Federation’s UNIQLO Wheelchair Tennis Tour to be held in Europe in 2021, this week’s tournament also gives some of Britain’s younger players the chance to impress and gain valuable international experience against senior opposition. They include 15-year-old Dahnon Ward and 17-year-old Abbie Breakwell, who are both part of the same Loughborough-based performance training group as Shaw and members of the LTA’s Wheelchair National Age Group Programme.

Ward, the first winner of the ITF’s Junior Wheelchair Tennis Player of the Year Award in 2020, joins world No.1 ranked junior Ben Bartram and the likes of Hewett and Reid in the men’s singles entry, while Breakwell joins Whiley and Shuker in the field for the women’s singles.