Lightning too strong for Sunrisers 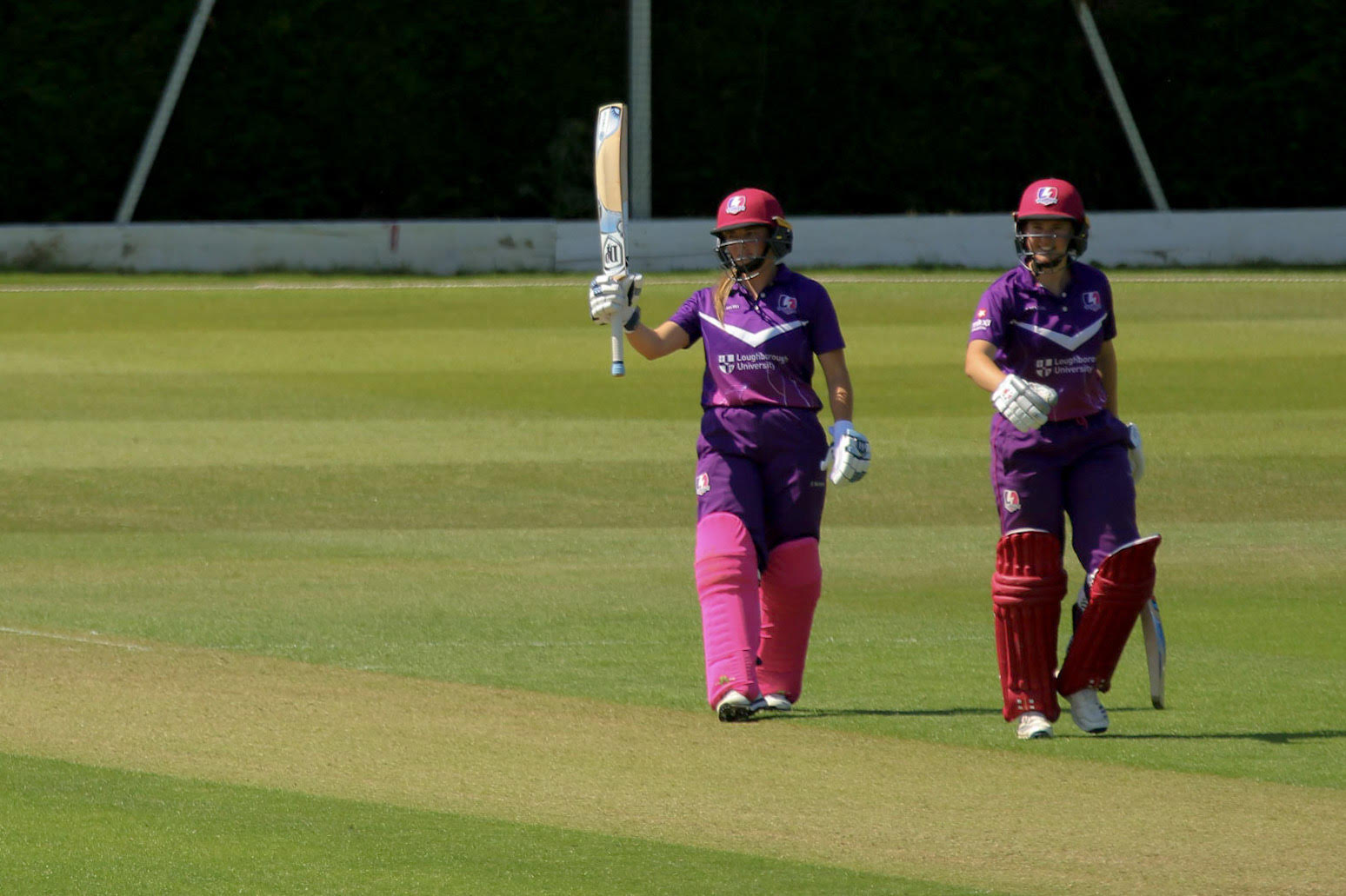 Lightning take their second win of the season.

After a strong performance away from home last week against Thunder, Lightning went into the game in good form. Sunrisers won the toss and elected to bat. It only took Lightning three overs to strike where Sophie Munro took the bails off and dismissed Scrivens for 3. Two wickets then fell quickly with only 10 runs being added to Sunrisers total. Carr was caught at mid-off by Abbey Freeborn followed by MacLeod being dismissed lbw in the tenth over by Kirstie Gordon following on from her form from the previous week. Sunrisers were able to add a further 60 to their total before the next wicket of Griffiths fell through a Munro catch. Sunrisers built a solid partnership with both Dattani and Castle scoring freely.

Yvonne Graves then found the breakthrough to dismiss Dattani for 65. Wickets then began to fall quickly with the Gardener and Gole being dismissed within 2 balls of each other, both falling to the strong performance of Teresa Graves. Castle stood firm until the 44th over where she was given lbw again through Teresa Graves to reduce Sunrisers to 187-8. Speed was able to add two runs to the total before being caught by Freeborn. After 50 overs Sunrisers finished on 206. The pick of the bowling performance being Teresa Graves with 4-39.

In the absence of Tammy Beaumont, after her selection for the upcoming England Test Series against India, Michaela Kirk stepped into the opening batter role alongside Sarah Bryce. Lightning got off to a strong start bringing up 50 runs in 10 overs. Sarah Bryce was the first wicket to fall after being caught for 16. Lightning continued scoring runs with Michaela Kirk bringing up her first 50 for Lightning in 62 balls. It wasn’t until the 21st over when Kirk was dismissed lbw for 57. This left Lightning needing 102 runs to win. Kathryn Bryce was the next wicket to fall in the 22nd over for 12 runs. Abbey Freeborn and Lucy Higham developed a solid partnership adding 48 runs to Lightning’s chase before Higham was given lbw having contributed a strong 26 off 30 balls to the chase. Abbey Freeborn stood strong and deliver seven 4’s to bring up a total of 44 before being caught by Gardner. Sonia Odedra (24*) and Teresa Graves (5*) were able to bring Lightning home with 58 balls to spare. Lightning won by 5 wickets.

We now go into a break before the change of format, with Lightning’s next fixture being at Trent Bridge on the 26th June facing South-East Stars in the T20 Regional Competition. Tickets are available here.