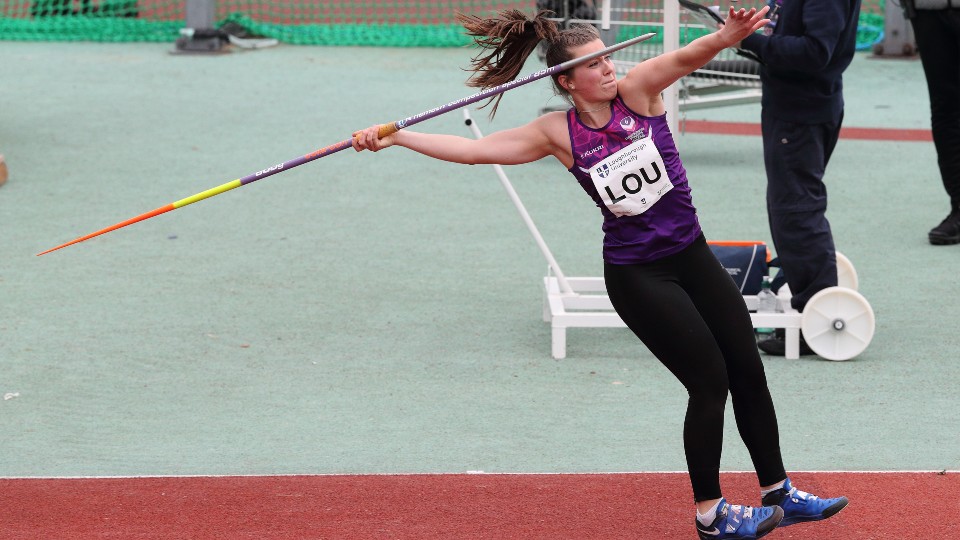 Bekah Walton is one of thirteen current Loughborough students bound for the European U23 Athletics Championships. Image provided by Still Sport Photography.

Thirteen current Loughborough students have been selected to compete for their respective countries at the European U23 Athletics Championships, taking place between the 8th and 11th July in Tallinn, Estonia.

After winning their events at the England U23 championships last weekend, 2019 European U20 medallist Ben Pattison and national U20 record holder Molly Caudery were automatic qualifiers in the men’s 800m and women’s pole vault for the Great Britain and Northern Ireland team.

Josh Lay, another medallist from the 2019 European U20 Championships, although not an automatic selection, was always a safe bet for the men’s 1500m, and after running a PB of 1:45.99 in the 800m at the British Championships this weekend, he has shown he is in excellent form for Tallin.

Other athletes left it a little more last minute to secure selection, including Bekah Walton who launched the javelin to a new PB of 54.03m at the British Championships on Sunday. She joins training partner Ioanna Malli, who will compete for Greece, and who threw a European qualifying mark of 51.48m at Loughborough just five days ago.

Zoe Pollock, who only switched to competing over the 400m hurdles this year, has had the season of her life. As the national U23 Champion she needed to run 0.19 of a second faster at the British Senior Championships to guarantee selection, which she did in one of the most competitive 400mH British Championships history. Her 57.47 was good enough for 8th place, a new PB and a place in the British U23 team.

Also selected in the 400mH is Alex Knibbs, who currently sits in 2nd place in the UK senior rankings, backing that up with a silver medal at the British Senior Championships this weekend. Knibbs will join forces in the men’s 4 x 400m relay with Alex Haydock-Wilson, who also competes in the men’s individual 400m, and Aidan Leeson, the U23 England Champion who receives his first British vest.

Not to be outdone by their male compatriots, female sprinters Alisha Rees and Georgina Adam will join forces in the women’s 4 x 100m relay, as well as compete in their individual events of the 100m and 200m.

Finally, Rory Leonard had had a longer wait than most before being confirmed in the GB & NI team. Finishing outside of automatic selection at the 5000m British trials back at the start of June, he needed to wait for the nod of a discretionary spot, which came during team selection over the weekend. Tom Mortimer also sat out the trials after making his Senior debut at the European Team Championships but sitting in 3rd place in Europe (behind a certain Jakob Ingebrigtsen who will not contest the Championships) meant his selection was more of a formality.

“The European U23 Championships is a key competition for university-age athletes, and a real steppingstone to Senior International competition. We are proud that Loughborough students will make up just under a quarter of the British team, and that Loughborough athletes with more experience at this level will be able to keep an eye out for their friends and teammates who will be making their International debut.”