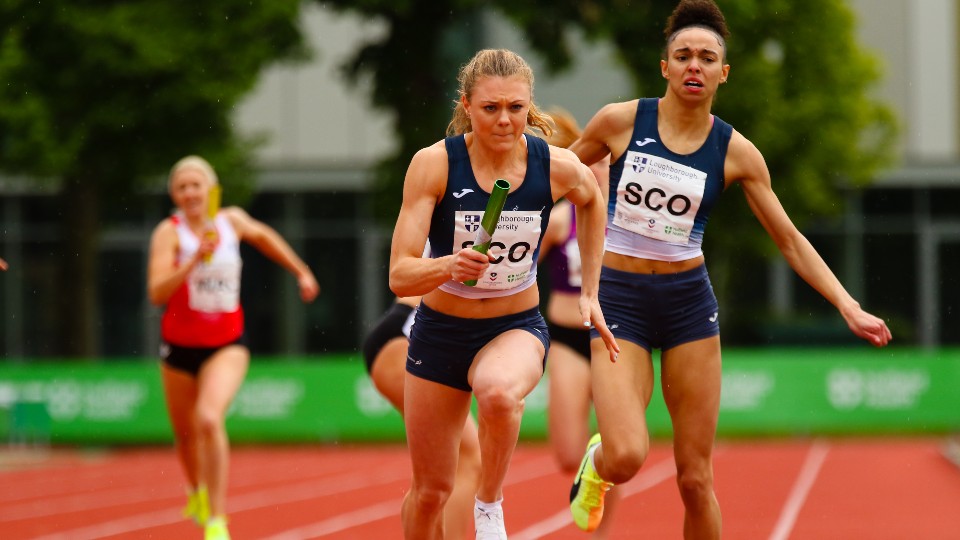 A jam-packed Spring Bank Holiday weekend saw Loughborough students competing across the world, as European U23, Commonwealth and Olympic standards were achieved.

Loughborough students past and present contributed towards the overall tally as Great Britain and Northern Ireland took on teams from Poland, Italy, Germany, Spain, Portugal and France at the European Team Championships Super League, finishing with an overall third place.

Competing in the pole vault was national Junior record holder and scholar Molly Caudery (coach: Scott Simpson). With training partner and fellow scholar Holly Bradshaw (Simpson) competing in the previous evening’s Doha Diamond League (and vaulting yet another Olympic qualifier of 4.74m), Caudery took the senior GB&NI selection in her stride, taking 3rd place with 4.35m, her fourth European U23 qualifier of the year.

Later that afternoon, three more Loughborough scholars pulled on the national vest for the first time in their senior career.

Tom Mortimer’s season goes from strength to strength, and with his 4th place finish in the 5000m and new PB of 13:28.12, Mortimer shoots to the top of the European U23 rankings, as well as securing an England Commonwealth Qualifying standard for next year’s Birmingham Games.

Will Grimsey (Fuzz Caan) came 2nd in the men’s high jump with a jump of 2.24m, just below his PB of 2.25m achieved at the Loughborough International last week. Both performances are over Scotland’s Commonwealth Qualifying standard.

Dan Bainbridge (Mike McNeill) continued with his consistent season, throwing 72.12 for 7th place in the javelin, a competition which saw German superstar Johannes Vetter launch the spear to a Championships record of 96.29m.

Day 2 saw Scholars Emily Borthwick (Caan) and Alex Haydock-Wilson compete in the women’s high jump and men’s 4 x 400m respectively. Borthwick continued her fine form in the high jump by clearing another England Commonwealth qualifying mark of 1.88m for 3rd. Haydock-Wilson ran a strong 2nd leg of 46.1 in the penultimate event of the Championships, but a fumbled pass between the 3rd and 4th runner led to a dropped baton and a DNF for the British team.

Alumni performances included an Olympic qualifier and 1st place finish for Beth Dobbin in the 200m (22.78), Jake Wightman stepping down from his speciality distance to win the 800m (1:45.71) and Nathan Douglas coming 6th in the triple jump with a leap of 15.88m.

In 2020 when only 11 British Senior women were able to compete in a full heptathlon, scholar Ellen Barber (David Feeney) topped the UK rankings with a PB of 5699 points. But she went even better at the England Athletics Combined Event Championships in Bedford last weekend, scoring over 6000 points for the first time with a total of 6028, good enough for 2nd place overall and taking her to 16th on the all-time British list, just one point behind alumna and training partner Katie Stainton.

The top 3 finishers on the day all went over the England Commonwealth standard of 5850 with Loughborough’s Ashleigh Spiliopoulou (Feeney) equalling her PB from last year with 5097 points to take 4th place.

It was PBs galore at Manchester’s BMC on Saturday 29th May, with one of the highlights being scholar Ben West running a 5 second PB of 3:40.82 to dip under the European U23 qualifying time. Further 1500m PBs came from scholar Matt Stonier (3:42.58) and fast improving Alexandra Millard (4:18.91) with scholars Jess Judd and Cari Hughes both running season’s bests of 4:07.92 and 4:18.84 respectively. Loughborough students achieved 14 personal bests in total throughout the evening.

Former student Jessica Turner (Nick Dakin), ran a personal best and Olympic qualifying mark of 54.77 for the 400m hurdles in the Belgium town of Oordegem. The track is well known for its good running conditions, and Turner, who still trains at the Loughborough track, now sits just behind fellow alumna Jessie Knight in both the UK and European rankings.