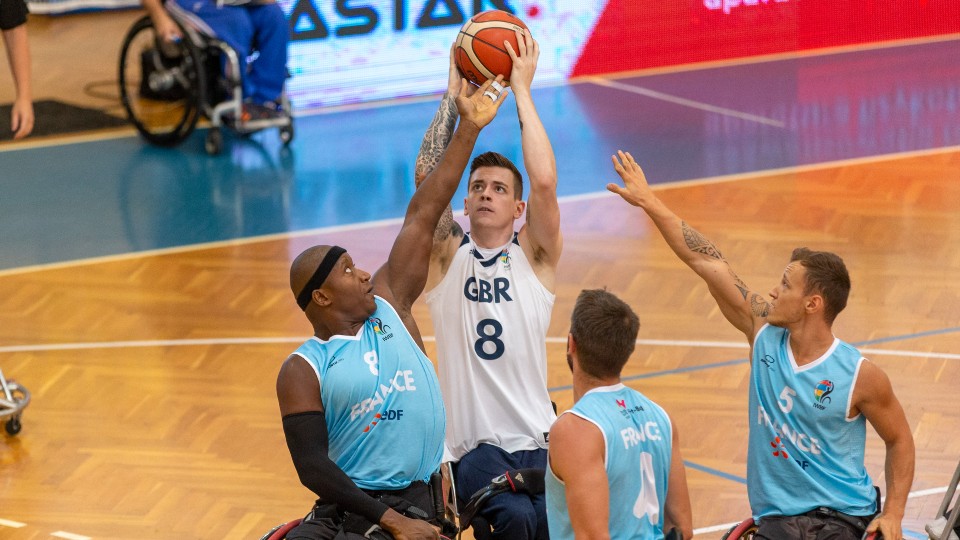 Loughborough University has secured a major coup with the appointment of Great Britain’s George Bates as Head Coach of the new Lightning Wheelchair Basketball team.

Leicester-born George has played the sport professionally since 2014, including spells in England, Italy, and Spain.

He has also represented Great Britain at under-23 and senior level and was part of the GB team that won the World Championships in 2018 and the European Championships a year later in 2019.

George will lead the Loughborough Lightning side as it embarks on its first season in British Wheelchair Basketball’s inaugural Women’s Premier League – the first league of its kind in the UK.

Speaking about his appointment, George said:

“I’m really excited about the new role as this is a brand-new league and we have the power to create something high-level in this country.

“I hope my history in the sport will have a positive influence on our players as we look to establish ourselves as one of the best wheelchair basketball teams in the UK.

“Throughout my career, I’ve always wanted to be the best I can and that will be the same now as I transition into a full-time coaching role. Everyone in sport around the world knows Loughborough and it’s such a draw to train and play here. I can’t wait to get started.”

“We are absolutely delighted to welcome George to this role. We are very much on a journey with our wheelchair basketball programme at Loughborough and to have someone of George’s calibre to take this forward is incredibly exciting.

“His unique insight and understanding of the game at the elite-level, together with his creative ideas, knowledge and passion for the sport mean that George will add significant value to both the programme and Loughborough Sport as a whole.”

“It is with great pride that we see George Bates announced as the Head Coach of Lightning Wheelchair Basketball.  To see an athlete of his experience and calibre, with his passion and knowledge for the sport appointed to lead and coach one of the first Women’s Premier League Teams is phenomenal.

“George has first-hand experience of the UK talent pathway, from playing and training with BWB clubs, to competing in the National League, School Games and Junior Championships. He understands athlete development, and how vital Loughborough Lightning’s strong and supportive club environment will be in the development of aspiring and elite athletes.

“For British Wheelchair Basketball, George’s appointment marks what will undoubtedly be the beginning of a hugely positive journey with Loughborough Lightning; we are looking forward to working with our High-Performance Partnerships and our Women’s Premier League Teams to develop the UK’s elite wheelchair basketball coaching talent, so that we can build an exceptional infrastructure of coaching excellence to underpin our UK Talent Pathway.”

The first season of Wheelchair Basketball’s Women’s Premier League will take place from December 2021 - May 2022.