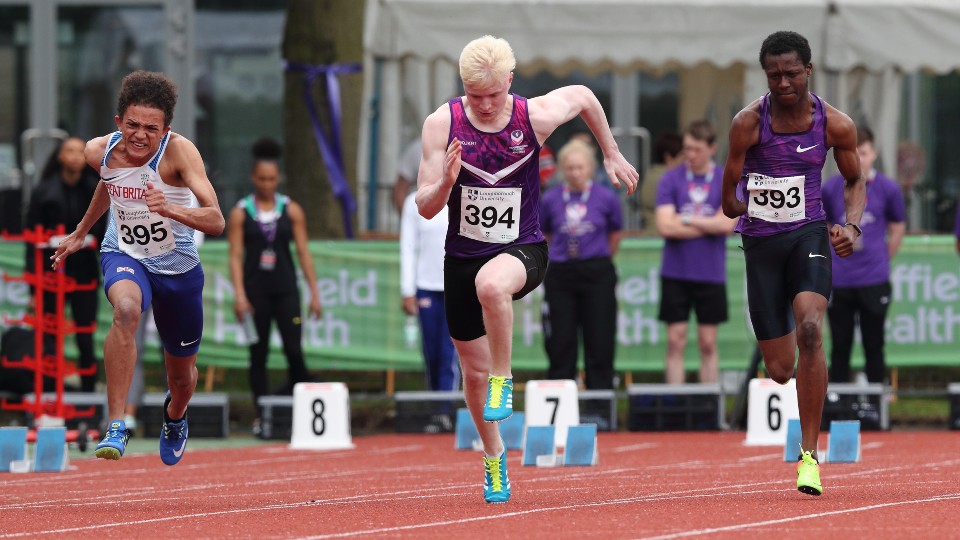 The European Para Athletics Championships took place in Bydgoszcz, Poland between the 1st and 5th June, with Loughborough students past and present, and Loughborough-based athletes contributing towards Great Britain and Northern Ireland’s 37 medal haul.

One of the Championship highlights came from Loughborough Scholar Zak Skinner (coach: Aston Moore) winning both the T13 100m and long jump. Skinner, who competes in a classification for those with a visual impairment, went into these Championships with a 2021 world lead of 6.91m in the long jump, and a European lead of 11.00 seconds for the 100m, both set in Loughborough’s Paula Radcliffe Stadium in May this year.

However, although a medal favourite in both events, he was pushed all the way before becoming double European Champion, firstly in the 100m where he took the victory by just 0.03 seconds from the French athlete Axel Zorzi, and in the long jump where his winning jump of 6.92 (a personal best and Championship record) was just 2cm further than silver medallist Ivan Cano Blanco from Spain.

Skinner took to social media shortly after his victory in the 100m to express his gratitude to those who helped him to victory; “Thank you to everyone that helped put this medal round my neck…I’ve got an amazing team around me which I owe this to.”

Skinner will now be aiming for Paralympic selection and to be competing in his first Games in Tokyo this summer.

Following in her fellow Scholar’s medal-winning footsteps, Lydia Church (Jim Edwards), will bring a silver medal back to Loughborough after a 2nd place finish in the women’s F12 shot put. After setting a new personal best of 12.62m earlier this year in Coventry, Church was always going to be a medal contender, and by throwing her second furthest throw of 12.34m in the shot put final, she claimed second position in her classification.

This was over a metre further than her throw at the 2019 World Para Championships, clearly showing the move to Loughborough in 2020 and work with coach Jim Edwards is paying off.