Loughborough success at European U23 Championships 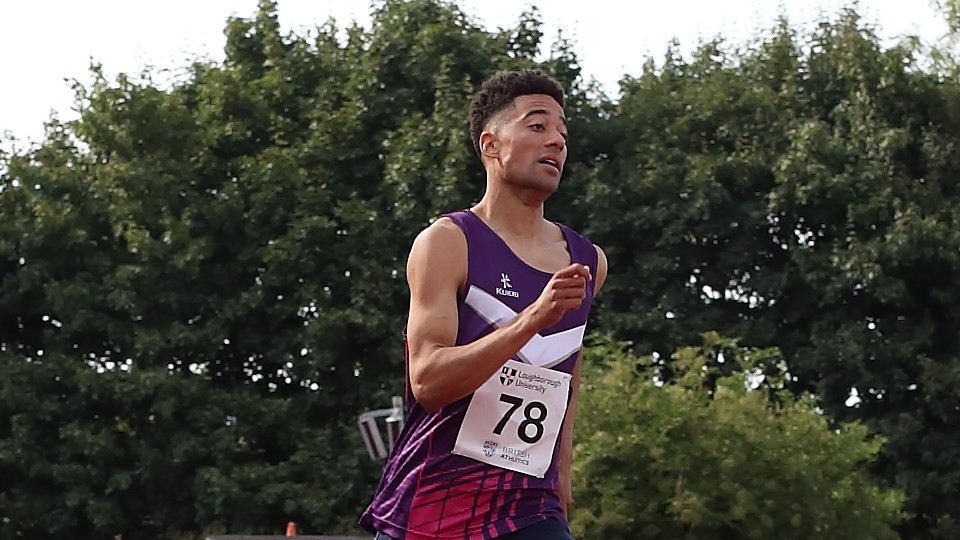 Loughborough's Alex Knibbs impressed with a PB at the European U23 Championships. Image: Still Sport Photography.

Loughborough Scholar Molly Caudery matched the silver medal she won at the European U20 Championships back in 2017 by taking 2nd place at the recent European U23 Championships in Tallin, Estonia.

After cruising through the qualifying rounds of the women’s pole vault with 4.20m, Caudery was one of the favourites to pick up a medal. Her final took place during the last session of competition, and even a stadium power cut couldn’t stop her from hanging the silver medal around her neck.

A first time clearance at 4.45m was enough for second place but unfortunately attempts at 4.50m and then 4.55m weren’t to be as Czech athlete Amálie Švábíková cleared 4.50m on her first attempt. Caudery now cements herself as the clear 2nd ranked British female pole vaulter for 2021 behind fellow scholar and training partner Holly Bradshaw.

There were plenty of PBs from other Loughborough students including Bekah Walton, who threw a new best of 54.27m in the women’s javelin to top her qualifying group on the way to the final where she finished 5th placed with 53.46m, the best ever placing achieved by a Brit in this competition. Her training partner Ioanna Malli, competing for Greece, just missed out on making the final as she threw 50.64m to come 8th in her qualifying pool.

PBs also came from Alex Knibbs in the men’s 400mH where his 49.37 clocking was good for a 4th place finish in a highly competitive men’s race, as well as bettering the England Commonwealth standard for next year’s Games. Training partner Zoe Pollock was unable to progress from her semi-finals in the 400mH, but managed to run a storming PB of 57.17 to win her heat, as well as contribute to a 5th place finish with the women’s 4 x 400m relay team.

Conditions were far from ideal for the men’s 5000m which took pace in 30-degree heat on the third day of the Championships. Tom Mortimer was unable to stick with the leader, but finished in an admirable 4th place with 13:48.67, though Rory Leonard was, unfortunately, unable to finish due to a back injury.

There was a dramatic finish in the men’s 4 x 400m, the last event on the track of the Championships. After the British team, including Loughborough’s Haydock-Wilson and Aidan Leeson, qualified from the heats with the fastest time and a European U23 lead, the GB & NI team were favourites for a medal. Haydock-Wilson, on the 2nd leg, handed over to Leeson in 2nd place but on the home straight Leeson was shoved by a member of the Dutch team, causing Leeson to fall, taking the Swiss team out with him at the same time. Although he recovered well and the Dutch team were subsequently disqualified, it was too much for Alastair Chalmers to make up on the last leg, and the Brits finished in 6th place.

“A major Championships is always full of highs and lows, and the most important thing is that athletes are back competing at this level again. This will provide valuable experience before an exciting year next year which will include a Commonwealth Games, a World Championships, European Championships and a World Student Games. As always, we are immensely proud of the contribution Loughborough athletes make to national teams and will support the students in whatever their goals may be."

Full results of the Championships can be found here: Daily Schedule - Athletics | European U23 Championships 2021 (european-athletics.com)