An Unfortunate Loss for Lightning 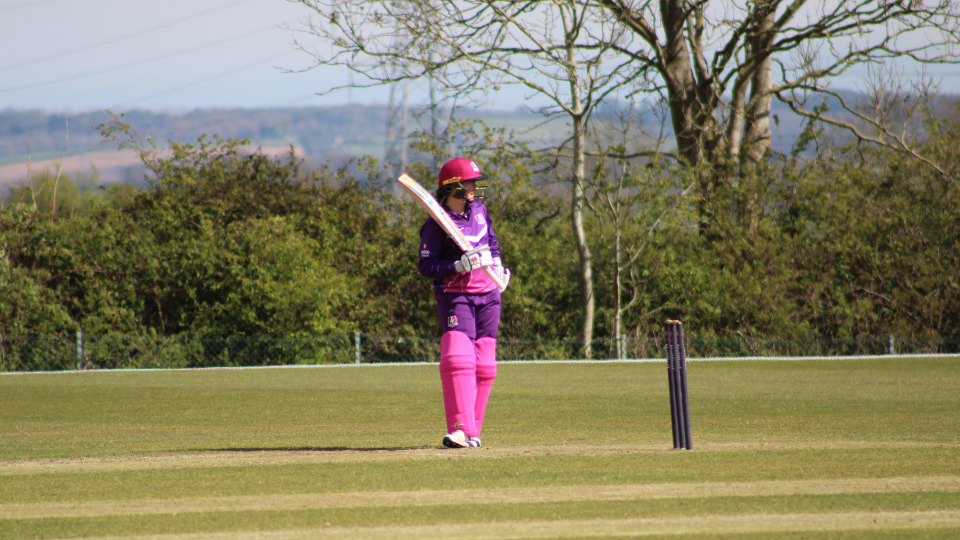 With a late start, due to the weather conditions, Lightning took on Southern Vipers away at Arundel Castle Cricket Ground in their second game of the Charlotte Edwards Cup this season.

Choosing to bowl first, Lightning found their feet in the third over of the day's competition. Removing Vipers member, Danni Wyatt, from the innings as she was caught by Michaela Kirk off Kathryn Bryce.  Other wickets came from Teresa Graves, catching out Maia Bouchier for 13 and Sonia Odedra who removed Georgia Adams from the innings before she could exceed her 37 runs. Kirstie Gordon's also contributed to Lightning's wickets, removing Viper's Georgia Elwiss.  Captain Kathryn Bryce gave us two wickets in the first innings, as she removed both Paige Scholfield and Charlotte Dean, whilst Sonia Odedra matched this, giving Lightning's final wicket of the day. However, Viper's 134/7 proved to be a tough run to follow in the second innings for the Lightning team.

Taking to batting, Lightning were aiming for 135 but were unable to as they came back to the field to face Vipers in the second half. During the first partnership of Beth Harmer (5) and Sarah Bryce, we lost Sarah quickly for 3 before also losing Kathryn Bryce to Tara Norris for 13. Norris was on a roll throughout the innings, with 3 more wickets for Vipers by the skilled player; Kirstie Gordon (0), Shachi Pai (6) and Sophie Monroe (8).  Although Odedra (16) and Kirk (16) added a good amount of runs to the lightning bank, it wasn’t enough to reach the target, with Lightning only reaching 88 of the 135 target.

Southern Vipers are now top of the T20 league, whilst Lightning continue will try to push through in the competition in their next games.