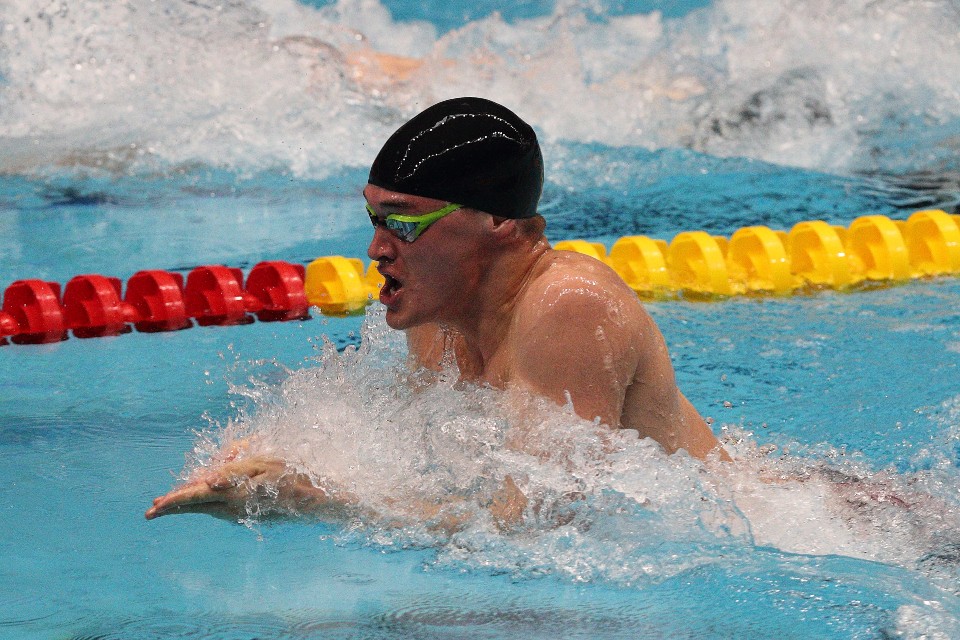 Four Loughborough-based swimmers have been selected to represent their countries at the delayed 2020 Tokyo Olympic Games.

Adam Peaty, James Wilby and Luke Greenbank will all race for Team GB, whilst exciting prospect Marie Wattal will wear the colours of her native France.

Peaty became the first member of Team GB to medal at the Rio 2016 Games with an emphatic performance in the 100m Breaststroke. The 26-year-old also contributed to silver in the Men’s 4x100m Medley Relay at the same Games and is reigning double world champion and world record holder.

James Wilby will make his Olympic debut in Tokyo after a string of impressive recent performances. No stranger to the world stage, Wilby took a trio of medals at the Gold Coast Commonwealth Games in 2018, including 200m Breaststroke gold.

Another debutant in Tokyo will be fellow Loughborough swimmer Luke Greenbank. The backstroke specialist became a double medallist at the World Championships in 2019 with his standout performance in the Men’s 4x100m Medley Relay team helping secure gold. Greenbank also competed at Gold Coast, taking silver in the medley relay.

Loughborough student and France international Marie Wattal qualified for the Games after yet another impressive showing in the 100m Butterfly. Set to make her debut in Tokyo, Wattal has consistently performed well in the pool, including several impressive swims for London Roar at this year’s International Swimming League in Budapest.

Speaking to British Swimming, Peaty was understandably thrilled to be selected:

“I'm very happy to make the Olympic team - it's always a huge pride and honour to represent my country in what I do best. Hopefully over the next few months we can come together even more as a country, back the full Olympic team, and we can come back from Tokyo with a very successful performance behind us.

“There is a lot of work to do from now until then, but I'm very hopeful the Olympics will go ahead and it'll see continued success for Team GB.”

“Pre-selection is amazing. It's really nice to be put on the team and have that certainty, with all the uncertainty that's going on in the world at the moment. It's really nice to be among that list of select athletes picked, but as I'm sure the others will be saying, it doesn't mean the work can stop now - all it means is we've got ourselves on the plane, the job still has to be done.

“It's always something I have aspired to and it's always going to hold a special place in my heart being one of the select few who have been picked to represent Great Britain at the modern Olympic Games.”

The rescheduled Tokyo Olympic Games will now take place from 23 July to 8 August 2021, with the Paralympic Games held between 24 August and the 5 September 2021.