Lightning return to action with a convincing win 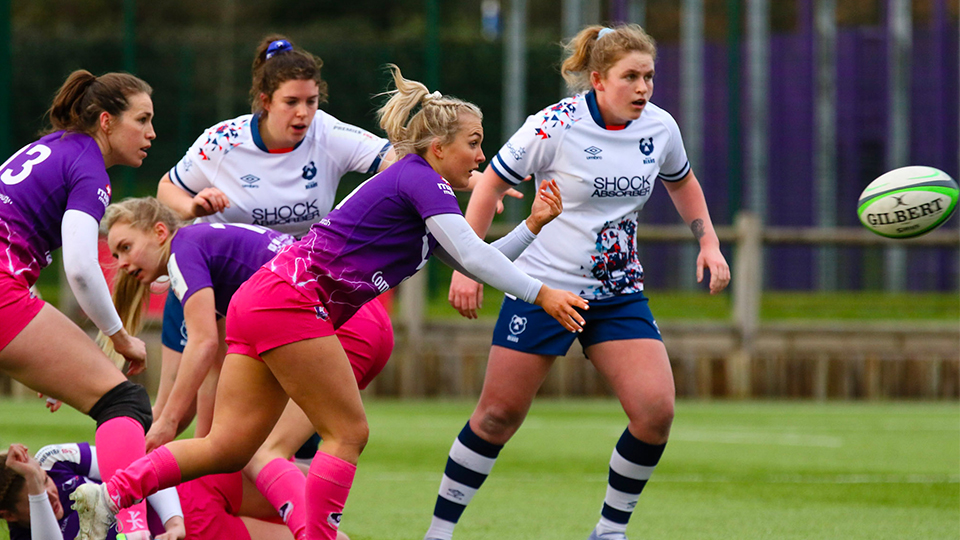 After a shaky start, Lightning fought back hard to put Bristol to the sword and claim a bonus-point win after the two-week season pause.

The first points of the day came from the visitors as they managed to squeeze around the outside of the Lightning defence to finish in the corner and convert just 3 minutes into the match.

It took a while for Lightning to settle with a few early errors and disallowed try’s, but once the ball was rolling, the confidence was distinguishable. Lightnings first try came from a pick and go by Cath O’Donnell on 17 minutes, converted by Emily Scarratt, which bought the score level before Scarratt then slotted a penalty for Lightning to take the lead for the first time.

Exceptional attack from Lightning brought them deep into opposition territory, capitalised by another pick and go try by Daleaka Menin to give lighting a 10-point lead at the break, 17-7.

Lightning continued their unanswered streak of points after the break, punishing the oppositions ill-discipline with a well-constructed driving maul finished by Lark Davies, to add another 5 points just 4 minutes into the second half.

The points kept coming for Lightning as Scarratt added another 3 points 10 minutes into the half, followed minutes later by a counterattack score by Rhona Lloyd. Once again showing her electric pace, Lloyd sprinted down the wing to beat multiple defenders and crash over taking the score to 30-7.

Quick thinking by Meg Davey saw her intercept a Bristol pass on their try line to dot the ball down and extend the lead to 35-7.

Bristol then managed to claim a score of their own, putting the Lightning defence under a lot of pressure, which finally told with a pick and go try taking the visitors tally to 14.

The game finished with an outstanding attack from Lightning, marching their way up the field breaking the line multiple times through Emma Hardy and Abby Duguid. The attack utilised the full width of the pitch which gave Abbie Brown the opportunity to beat the last defender and finish in the corner.

The final whistle blew with the game finishing 42-14 to Lightning, an impressive showing by the team in their pursuit of a top 4 finish. Special mention to player of the match Abby Duguid.