Lightning put Worcester to the sword 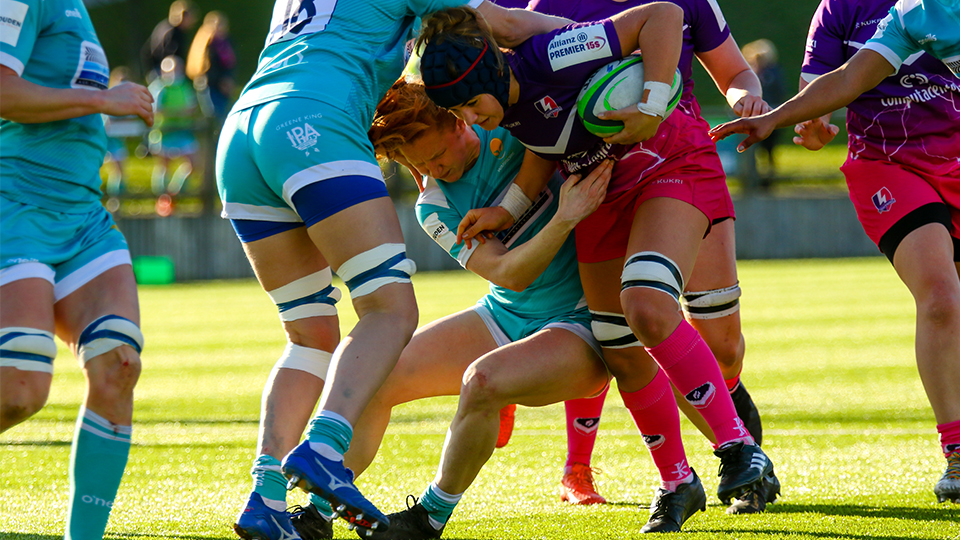 Coming into this fixture it was clear to see both teams were fired up from the start, despite some early errors and no scores in the first quarter, Lightning expressed their tenacity and stamped their authority on proceedings without looking back.

First points of the day came through a familiar occurrence this season, Lark Davies cottoning onto the back of a surging maul to dot the ball down, unfortunately it was not converted.

The visitors responded well with some pressure of their own deep in the Lightning half, however compounding errors saw Lightning reverse the momentum and make their way into the opposition red zone. A tap and go penalty took Lightning close, followed just a phase later by an unstoppable line from Emma Hardy 5 metres out, taking her over for Lightnings second try - this time converted by Emily Scarratt.

Lightnings’ tails were up as they went searching for more points, a piercing line from Detysha Harper in midfield accompanied by simple but effective 2 on 1 execution to Emily Scarratt saw her sail in untouched - converting her own score.

Worcester were not dropping their heads too early though, they responded displaying their warrior spirit with a score down the right wing after hammering away at Lightnings line a whole 3 minutes into overtime.

Just 4 minutes into the second period, Lightning secured the bonus point. A well-rounded team attack stretched the opposition, and a speculative 20 metre miss pass from Helena Rowland saw Liv Jones go over in the corner - converted by Scarratt.

Next it was time for the forwards to have their fun. A series of pick and go’s on the Worcester line was too much for the opposition to handle with player of the match Abby Duguid squeezing her way over for the score - the extra 2 added again by Scarratt.

Worcester’s continued fighting spirit was rewarded after they capitalised on a midfield turnover and shipped it wide, allowing their outside backs to work some magic and run in for a score 50 metres out - successfully converted.

From that point onwards though, it was all Lightning. Another maul deep in the 22m and a sneaky break off from Maja Meuller saw her crash over in the corner, unluckily unconverted.

Helena Rowland had the final say of the day. Dancing her way around a couple fatigued Worcester defenders to run in and dot the ball down next to the posts, converted by Scarratt to make the final score 43-14 to the home side.