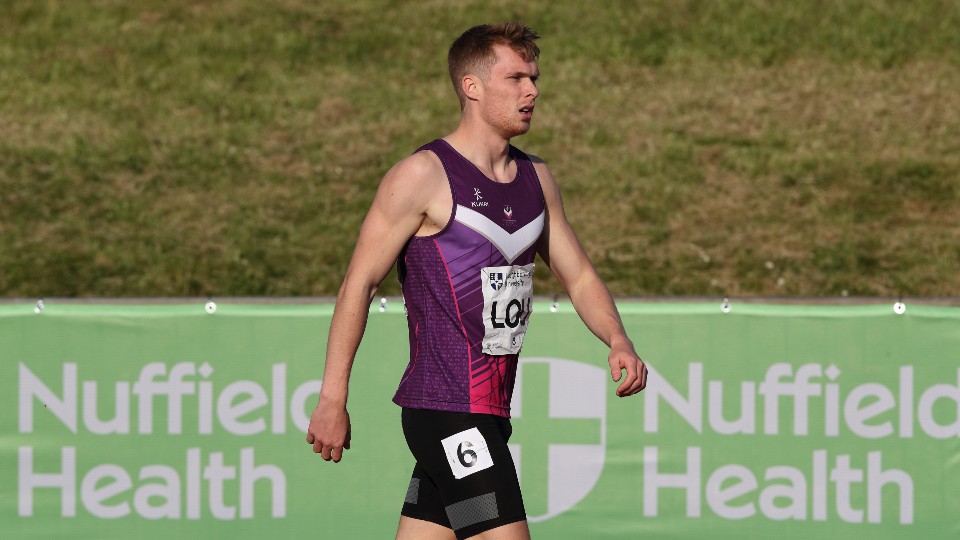 As the Loughborough International is the traditional season opener in May, the Manchester International in mid-August has started to cement itself as the summer season closer.

However, this doesn’t reflect a lack of quality performances, and with teams competing from England, Wales, Scotland, Northern Ireland & Ulster, the National League and GB Juniors, as well as junior versions of all the above, competition was still fierce at the Sport City Regional Arena on the evening of the 18th August.

Loughborough had excellent representation across the competing teams, and one of the highlights of the night was 2nd year BSc Maths student Ioanna Malli (coach: Dave Turner) who, while competing for the combined National Athletics League (NAL) team, launched the women’s javelin to a huge new personal best of 55.33m.

The distance from the Greek U23 International goes beyond the top-ranked British woman for 2021 and adds 2m to her previous PB set in Manchester at the start of July. It was two from two Loughborough wins in the javelin as fellow scholar Dan Bainbridge (Mike McNeill), competing for England, threw just off his PB of 73.73 to take the win in 73.53.

Other results for Loughborough students included Hannah Moat, clearing 1.72m to win the U20 high jump event for England U20;  Molly Caudery (Scott Simpson), vaulting 4.02m for the NAL to take 2nd place in the senior women’s pole vault; Ben Fisher (Femi Akinsanya/Lukasz Zawila) jumping 7.26m for the NAL to take 3rd place in the men’s senior long jump; George Hyde (Stuart Carlaw) throwing 15.97m to take 6th place for England in the men’s senior shot; Taia Tunstall (Stuart Carlaw) throwing 47.95 for 3rd for GB Juniors in the senior women’s discus, alongside Loughborough throws coach Shadine Duquemin who won the event for the NAL with a throw of 54.44m.

Taking place right at the end of the action-packed evening, the men’s 4 x 400m was another of the highlights of the meet, with Loughborough scholar Alex Haydock-Wilson taking centre stage. Haydock-Wilson took to social media earlier this week to remind people about his GB Junior debut at this very event in 2016, an event where the now highly experienced relay runner forgot to break into the inside lane and ran his whole leg in lane 7 (taking the GB Junior team from 1st to last). There were no such mishaps this year as the engineering student, who is in the form of his life and won the senior 200m with 21.03 earlier in the evening, came back from a 15m deficit to pip 45 second 400m runner Efe Okoro on the line for the NAL. Haydock-Wilson’s 44.4 relay split is truly world-class.

“As always, we are proud that Loughborough can contribute towards national teams at competitions like the Manchester International, and this year there has been a really strong showing from Loughborough across throws, jumps, sprints and endurance, highlighting the depth we have at the university. Ioanna’s huge PB and Alex’s amazing relay leg were real highlights, but after the year we’ve had in athletics, we’re just happy that all the athletes are back on the track and doing what they do best. Let’s hope we can continue into the 2021/2022 season.”