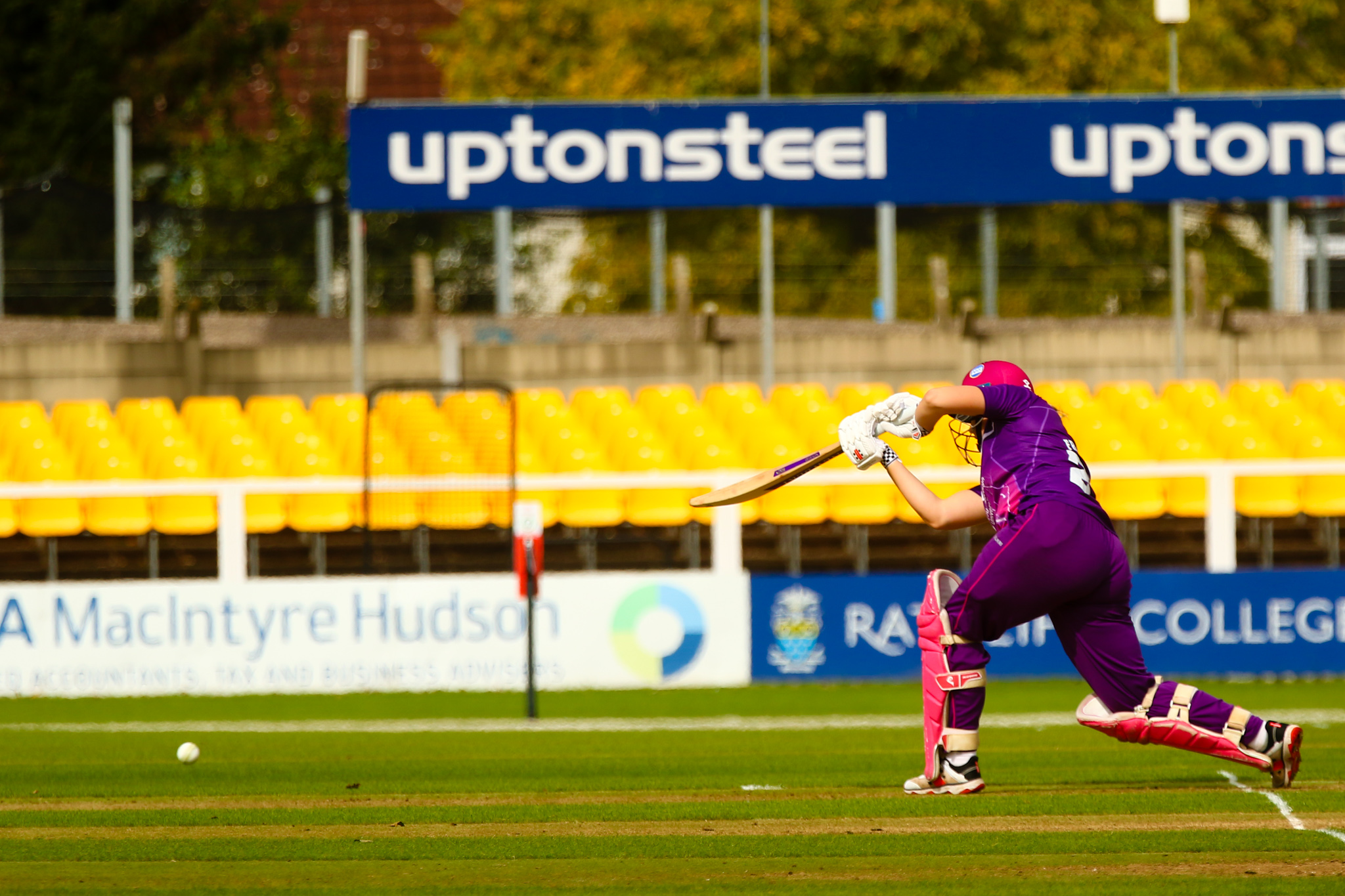 After a five-week break for The Hundred, Lightning got their second half of season underway at Guildford CC against South-East Stars. The squad were without the notable Bryce sisters as they are away with Scotland on international duty and Michaela Kirk who is awaiting surgery for an injury sustained playing for Trent Rockets.

Captain Kirstie Gordon won the toss and elected to bowl first. Sophie Munro picked up the first wicket of the day dismissing Smith with Grace Ballinger taking the catch. Stars then fell to 80-4 with Cranstone and Franklin falling to the combination of Sonia Odedra and Abbey Freeborn, while Capsey was bowled by Lucy Higham. Tash Farrant carried her form over from The Hundred and added vital runs to the Stars total with 35 runs off just 18 balls before being stumped by Freeborn. Grace Ballinger picked up the last wicket of the day with Abbey Freeborn stumping Gibbs. However, Davidson-Richards continued to add runs to the total and finished on 41* off 25 balls giving Stars the new record total for the competition of 175. Lightning needed 176 to win.

The chase proved shaky from the start with Beth Harmer being dismissed without posting a score, leaving Lightning 1-1. Odedra was then caught by Davidson-Richards after adding 12 to Lightning’s campaign. After her strong performance behind the stumps Abbey Freeborn provided some stability in the chase scoring 61 off 50 balls, including nine fours and one six before being caught by Jones. Lightning’s chase then looked unsteady despite noticeable contributions from Shachi Pai (24) and Sophie Munro (17). Lightning finished on 147 after 20 overs, resulting in Stars winning by 28 runs.