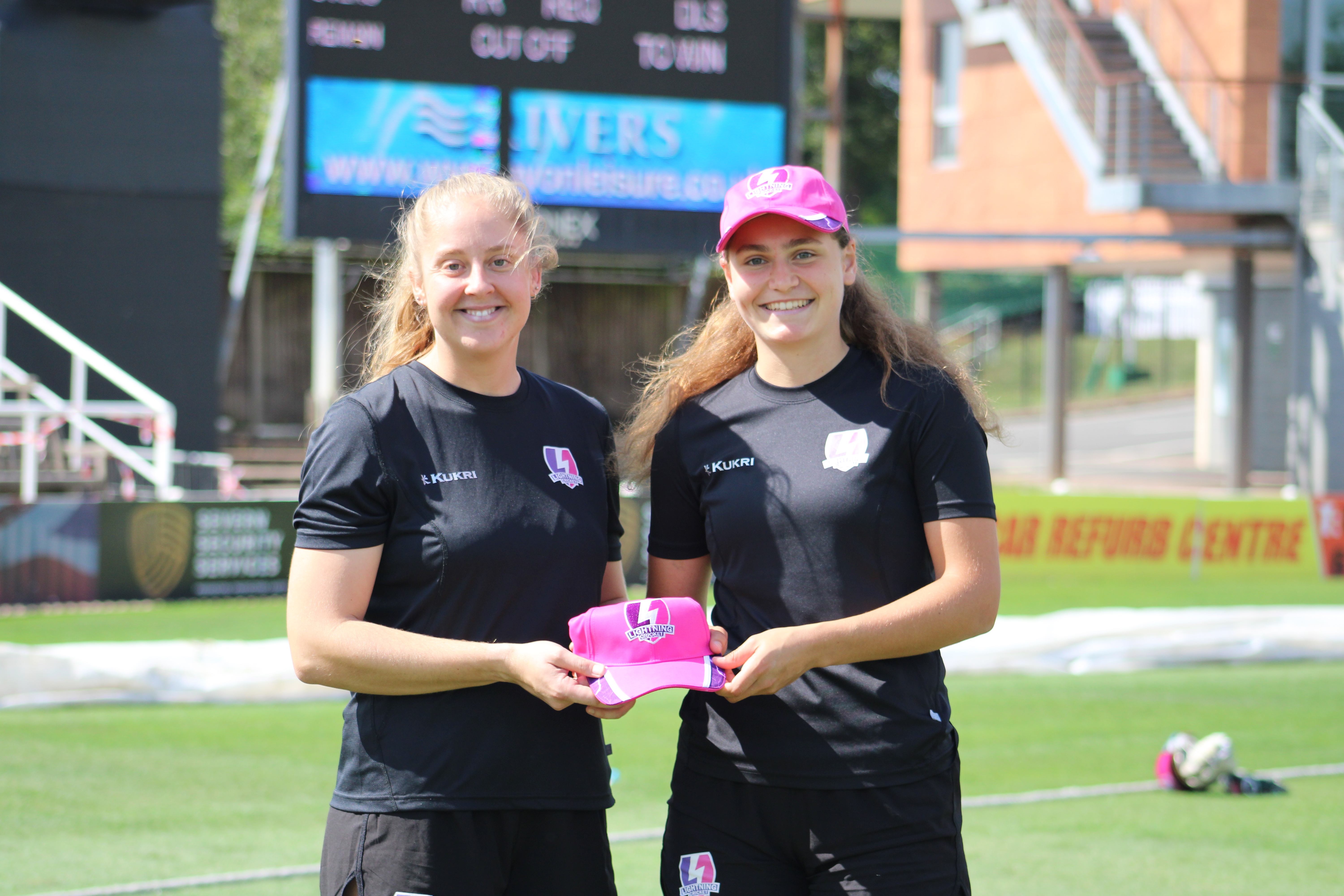 Ella Claridge who makes her senior debut at Lightning vs Central Spark game.

Lightning came into the game having carried over the positives from the previous performance against South-East Stars just 48 hours before.

Lightning came into the game having carried over the positives from the previous performance against South-East Stars just 48 hours before. Central Sparks captain, Eve Jones won the toss and elected to bowl first. Beth Harmer and Sonia Odedra got Lightning off to a quick start with Harmer finding the boundary five times. It took Sparks six overs to break the partnership of Odedra and Harmer, with Harmer falling to the bowling of Boycott. Lightning were 55-1 when Freeborn took to the middle, continuing her fine form from the previous game. Odedra was caught five balls later with only two runs added to the total, leaving Lightning 57-2 after a positive start. Freeborn showed her experience once again by providing stability while wickets fell around her. Both Lucy Higham (22) and Teresa Graves (14) contributed vital runs to the total, both sending the ball over the boundary for six once each before being dismissed by Fackrell and Jones. Lightning were 114-4 going into the final overs where a further 22 runs were added to the total through Pai, Claridge, Gordon and Freeborn. After 20 overs Lightning finished on 136.

Lightning got off to a good start in their defence of 136, Ballinger and Munro picked up the wickets of Kelly and Home to reduce Sparks to 17-2 in the second over. Sparks went on to add 30 runs in the remaining powerplay to steady the chase at 47-2. It wasn’t until the 10th over when Yvonne Graves broke the partnership of Jones and Davies, and bowled Davies. Eve Jones helped Sparks chase the total by adding an impressive 71 runs before being caught by Yvonne Graves off the bowling of Sonia Odedra. Despite the wickets of Brookes and Arlott falling, Lightning couldn’t do enough in the final two overs to secure the win and Wong sealed the victory for Sparks with a boundary off the penultimate ball.

Despite the result there were a lot of positives Lightning will look to take forward into their final Charlotte Edwards Cup group game on Bank Holiday Monday. The game marked a special occasion for Ella Claridge who made her senior debut and received her first Lightning Senior cap.