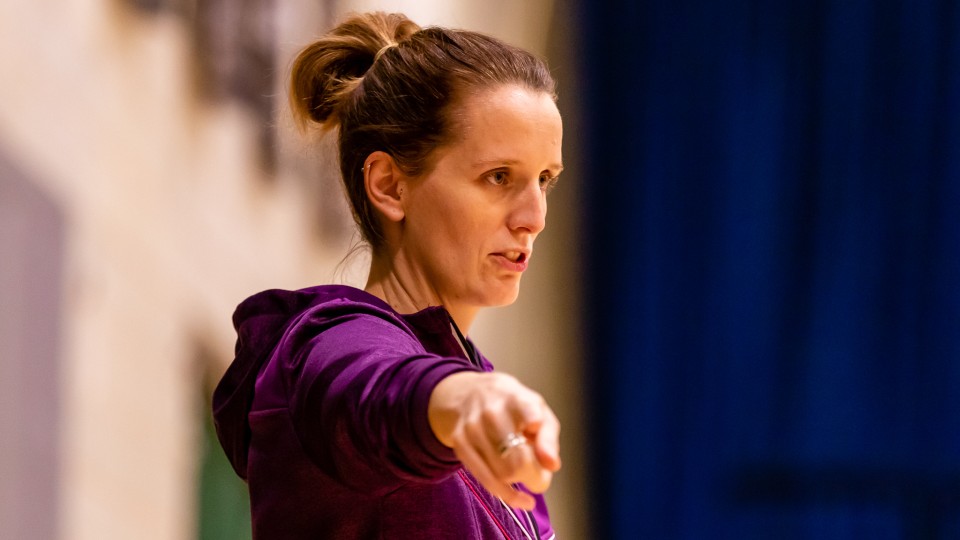 Loughborough Lightning netball Head Coach Sara Francis-Bayman will join Scottish Thistles’ coaching team as it steps up its preparation for the 2022 Commonwealth Games.

Sara is no stranger to the Scotland side as she played alongside many of the Thistles athletes as a Strathclyde Siren player in the 2018 Vitality Netball Superleague season.

After retiring as an athlete at the end of that season, she was appointed as Head Coach at Loughborough Lightning, leading the team to the semi-finals in her inaugural campaign before winning the competition last year.

An ex-England Roses athlete who has an accomplished playing career – including a season in New Zealand with Central Pulse where she made the Grand Final – Francis-Bayman brings with her a wealth of expertise and passion that Greenway is excited to bring into her Thistles programme.

“Getting the right Assistant Coach was crucial as we continue to build, grow and develop here in Scotland,” said Tamsin Greenway.

“Sara and I both came through the high-performance programme at Bath and played together for a long time. She is a smart, driven individual who knows how to win and more importantly knows how to get the best out of players.

“After her season at Sirens, she understands the setup here, what works and what needs to be pushed on. I know the players will be excited to have someone with her class on board and I can’t wait to start working with her this summer.”

Sara Francis-Bayman shares Tamsin’s vision for Scotland and is excited by her new role:

“Scotland are a rapidly improving team who have a huge amount of potential and I’m looking forward to working with Tamsin to help them to challenge at the highest level.

“I’ve known both Tamsin and Karen (Atkinson) for a long time and couldn’t miss the opportunity to work with them to take the Scottish Thistles to the next level. We’ve seen how much talent there is in Scotland through the Sirens’ performances and I hope to contribute to that potential being transferred into results.”

Karen Atkinson, who was recently announced as the new Performance Director for Netball Scotland, added:

"It is important that we prepare the Thistles in the best way possible heading into a Commonwealth Games year and then into the Netball World Cup.

“It is fantastic to be able to add a coach of Sara's calibre to Tamsin's coaching team.  Sara was an exceptionally smart player. She understood the game and its dynamics extremely well and she has now transferred that to becoming a title-winning coach with Loughborough Lightning.

“Her hunger to win and her drive for player development is second to none and we need that ruthless winning mentality within our Scottish Thistles squad if we are to achieve our ambitions in world competition.”

Netball Scotland CEO, Claire Nelson, is excited by the powerhouse coaching team that she is building in Scotland, adding:

“We know we’re a small nation with a lot of work to do to be able to truly compete with and challenge the top nations on the world stage. But, what we have already proven through Sirens this past season is that we have the raw talent, passion and belief to punch well above our weight, and when this is underpinned by world leading coaching expertise, we are giving ourselves the best shot possible to go into world competition and achieve our targets.”

“The introduction of Sara to our national programme is incredible. When I think about the coaching team that we now have here in Scotland I have to pinch myself, but we are under no illusions about the scale of task ahead of us. However, we are all so ready to take on this challenge together as one connected, empowered team. Watch this space because we mean business.”

Greenway and Francis-Bayman will both be in action together for the first time next week as Scotland host Wales and Northern Ireland in a weekend of friendly matches.