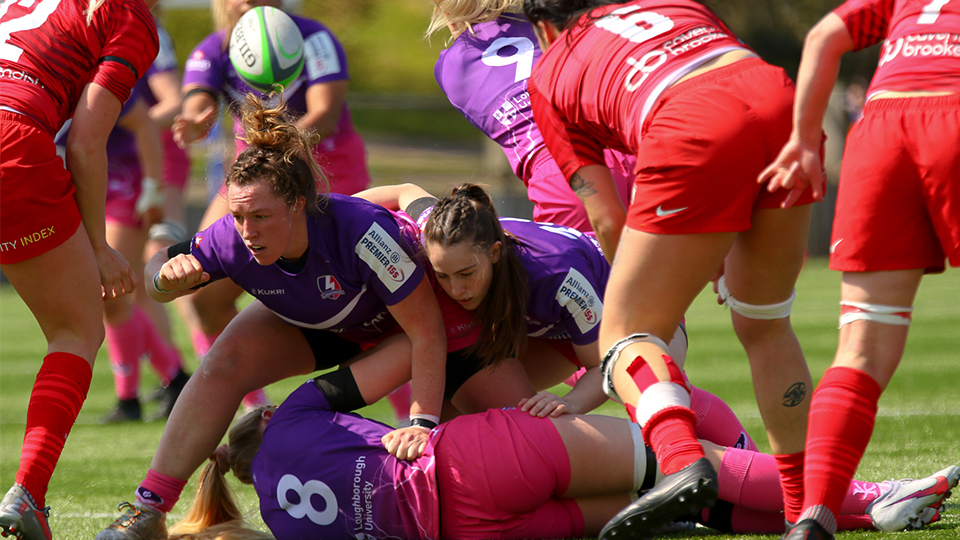 With big name Six Nations players missing for both sides, the young guns did not fail to deliver an exhilarating display and score some tries.

Lightning started the game with clear intent to keep the big Saracens side in their own half and bring the pressure early. A penalty kick to touch saw Lightning utilise their increasingly brawny driving maul to march towards the Saracens line, with Bryony Field dotting the ball down for her first of the day - converted by Lizzie Goulden.

The visitors then had their first compelling spell of the day with two tries breaking away from a driving maul in the Lightning 22 sandwiching a more expansive try finished by the right winger. With the first two of these tries being converted, it made the score 7-19 heading into half time.

Saracens continued in try scoring fashion right after the break. After a promising start to the half with two consecutive line breaks from Daleaka Menin and Emma Hardy, the Saracens 8 latched onto a looping Lightning pass to show a clean set of heels and make her way to the try line, converting the score herself.

Lightning then responded in almost identical fashion to their first with Bryony Field securing her brace of tries, steering the surging Lightning maul from the back. Despite her positional change for the day, Daleaka Menin rampaged her way into opposition territory with a barn storming carry from the kick-off receipt. This sparked a relentless period of pressure from Lightning, causing Saracens to lose a player and Lightning opting to take the three points on offer.

Lightnings’ tails were up as they sought to capitalise on the extra player advantage, inching closer to the Saracens score line with Bryony Field grasping another from the driving maul sealing her hat trick and, with the conversion added, taking Lightning to within two points.

Things were looking hopeful for Lightning but a rampant run from the Saracens 8 to crash over under Lightnings’ posts allowed her to claim another self-converted try, taking their lead beyond a single score to 9 points.

Although seemingly out of the contest, nimble footwork from Emma Hardy to find space and an audacious run on the far left from young gun Francesca Goldthorpe gave Lightning a glimmer of hope as she ran in to narrow the lead to 29-33 - try was unconverted.

Saracens however, had the last word and sealed the deal with their 6th try on the far left of the field, it was unsuccessfully converted which made the final score 29-38. Saracens took the 5 points south back down the M1, but due to other results in the league and Lightning salvaging a try scoring bonus point, Lightning once again secured a top 4 finish for the season.