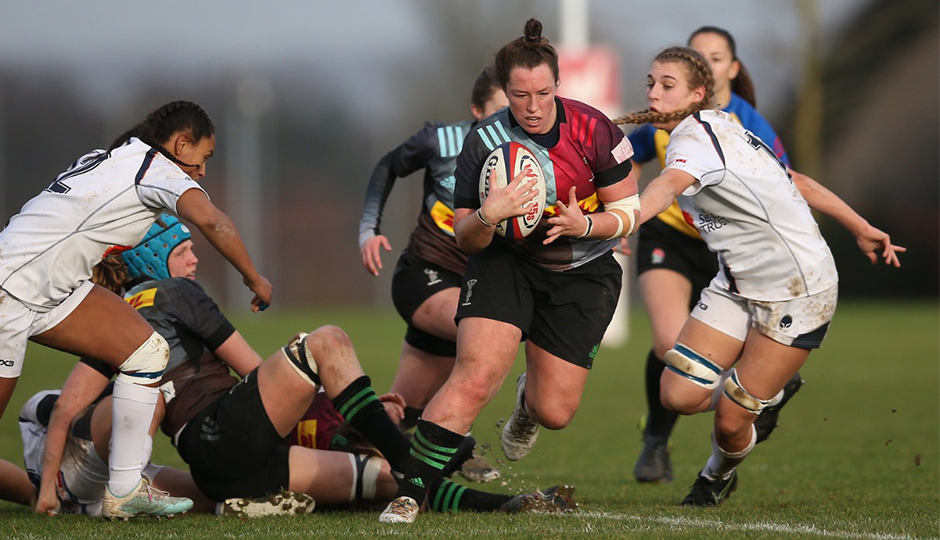 Loughborough Lightning have strengthened their pack with the signing of Hooker Gill Bourke ahead of the 20/21 season.

The Ireland international joins the club with 50 caps under her belt and will bring a wealth of experience to the Lightning side.

Bourke has played in two Women’s Rugby World Cups as well as winning the Six Nations Grand Slam title in 2013 and the Championship in 2015.

In previous years, Bourke honed her craft in the Premier 15’s for Harlequins, and this season has made the switch to the midlands where she will study an MSc in Data Science at Loughborough University alongside playing for Lightning.

Speaking about the move, Bourke said:

“I’m so excited about joining the Loughborough family this season and the new challenges in front of me.

“The girls have been so welcoming already, there’s a great feel and culture here and the buzz at training is class. I can’t wait to get stuck in and play with this really talented group of players.

“Being able to combine studying an MSc with a top class rugby programme has fallen into place perfectly for me and I’m so grateful to Loughborough for the opportunity to be able do both and be part of such great set up.”

Head Coach and Director of Rugby Rhys Edwards said of the signing:

“Having somebody of Gill’s experience and quality join us is a huge statement of the programmes intention. We have showed over the last 3 seasons that we are positioning ourselves as the Best Performance Development centre for Women’s Rugby in the world which has been our ambition from day 1.”

We have some incredibly talented youngsters who have aspirations to be full internationals, and to be able to achieve this they need to be supported on and off the field and be surrounded by good people and players. We have some of the best players in the world who can nurture and support these players.

I see Gill with her quality and experience adding incredible value to the programme by increasing the competition for players, but also supporting our pathway at the same time. The fact that we can also support Gill’s academic ambitions as well for her career reinforces what we are trying to achieve as a programme.

I'm really excited to get Gill involved and playing for Lightning this season.“