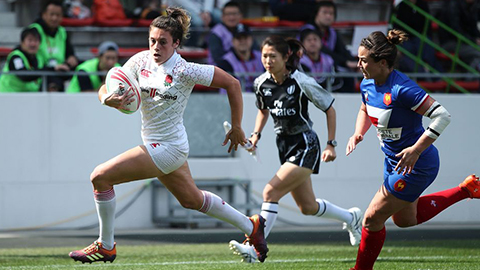 Loughborough Lightning Rugby has bolstered its side with the signing of England 7’s duo Abbie Brown and Helena Rowland, who join the squad ahead of the 2020/21 Premier 15s season.

Having captained her country, represented Team GB at the Rio Olympics, and won a bronze commonwealth medal at only 24 years of age, Abbie brings a wealth of experience with her both on and off the pitch to the Lightning setup.

As well as enjoying an illustrious 7’s career, Abbie is no stranger to the XVs setup having been part of the England XVs programme, making her debut in 2015 against Wales in the Six Nations.

Speaking about her move to Lightning and playing XVs again Abbie said:

“I’m really looking forward to the new challenge of playing 15s again, especially as the game has moved on a lot from the last time I played.

The lightning girls have been super welcoming and I’m excited for the season to start.” 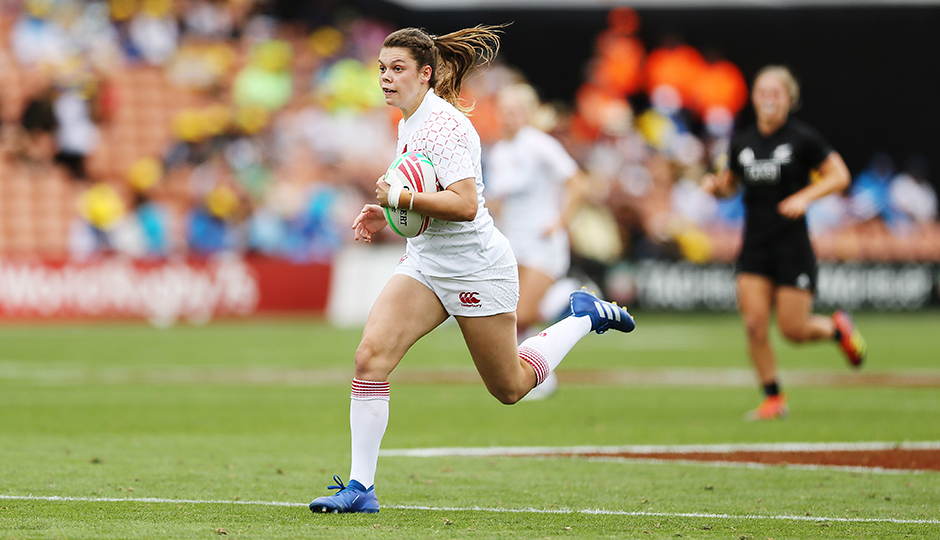 Having featured in the England U20s setup and a TP15s winning side in 2018, Helena Is familiar with the high standard of play in the Women’s Premiership.

Choosing to go full time with England 7’s for the 2018-19 season she swiftly showed herself as an impressive prospect, scoring five tries in thirteen games in the World Series.

Currently studying at Loughborough University, Helena is in her 2nd year of a Sport Science degree and will balance her studies as well as training full time with the Lightning setup.

Speaking about her move to Lightning, Helena said:

“I'm really looking forward to getting back out on to the XVs pitch with Loughborough Lightning. This is a great opportunity to learn off new players, whilst being in an environment which will push me and help me to improve.”

“Abbie comes to us through difficult circumstances with the Sevens programme, however, her experience captaining the England team on the world stage is really going to add an extra dimension to our leadership on and off the field.

“I am very excited to see her come back into the fifteens game after a break of a good period of years. Her athleticism and ability to create attacking opportunities in broken play is going to work well with our attacking style and the brand of rugby we like to play.”

“Before leaving XVs to play in the 7’s circuit, Helena was a very exciting prospect for the game, coming through the U20’s programme.

“Her acquisition comes at a great time as she takes over the half back position from Katy Daley-Mclean, who departed the club earlier in the year. Her playmaking skills gives us another dimension in terms of the game we want to play, and I’m excited to give her the opportunity to play at outside half with the backline that we have this year, building on our run, pass, kick game.”