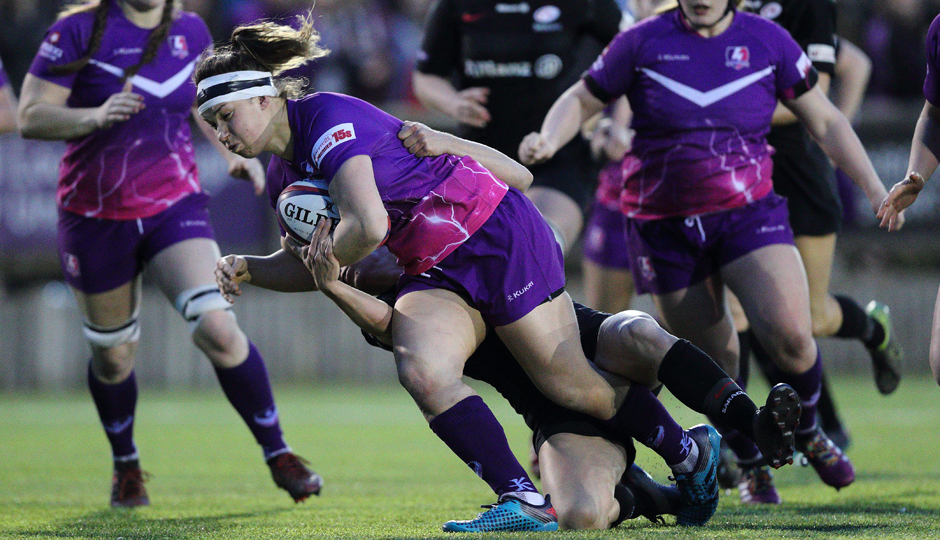 Loughborough Lightning have named their side to face Sale Sharks in first round of the new look Allianz Premier 15’s.

Bolstering an already impressive pack, Canada international Courtney Holtkamp joins the fray this Saturday, hoping to add her own flair to the Lightning back row.

In the backline, World Player of the Year, Emily Scarratt, remains an integral part of the Lightning attack and will be joined by some new faces to the squad.

Helena Rowland will take the place of now opposition Katy Daley-Mclean as she moves seamlessly into the 15s game. She will be joined by fellow former England 7’s captain Abbie Brown who sits in the full back position, ready to show her magic feet in tight spaces.

Lightning will head into the season opener feeling confident that the foundations they have built over the past three years will stand them in good stead. However, with former Lightning fly half Katy Daley-Mclean at the wheel, and not much know about the side, they are not to be underestimated.

The game, which kick starts Lightning’s Premier 15’s 20/21 season, will be played at Sale FC and kick off at 3pm.

Of the first game of the season Head Coach Rhys Edwards commented:

“It’s exciting, Sale are a brand-new team and we do not know that much about them. We know they are going to come in with a lot of intent to this first game and they have also recruited well.

"One player we do know is Katy Daley-Mclean who on her day is one of the best attacking players in the world. Granted she knows a lot about us; however, our style of play is to have multiple options so it will be interested to see how she and Sale deal with that aspect of our game."

Edwards also commented on the new law changes to the game this season:

“The new law changes suit us pretty well in terms of the way we want to play. Obviously, the main driver of these changes is to mitigate risks of contracting COVID whilst allowing us to still play, which is positive.

"The tempo of the game is going to increase, which will challenge players and test their basic ball skills a lot more. In my opinion, I think some of adapted rules will change the game for the better.

"We are just excited to get back onto the field after such an extended break."

On the first game of the season Captain Rachel Malcolm said:

“We have never been fitter. We have trained to the best of our ability the whole way through lockdown and have had a really good pre-season. We laid the foundations early on in pre-season then have been building up to game intensity over the past few weeks. In my time with Lightning this has been the most intense pre-season and we are playing some of the fastest rugby we have ever played for prolonged periods.

"The girls are chomping at the bit to get going in the league. We have a really strong squad this season with a large number of players fighting for places in the team which is really exciting to see.”