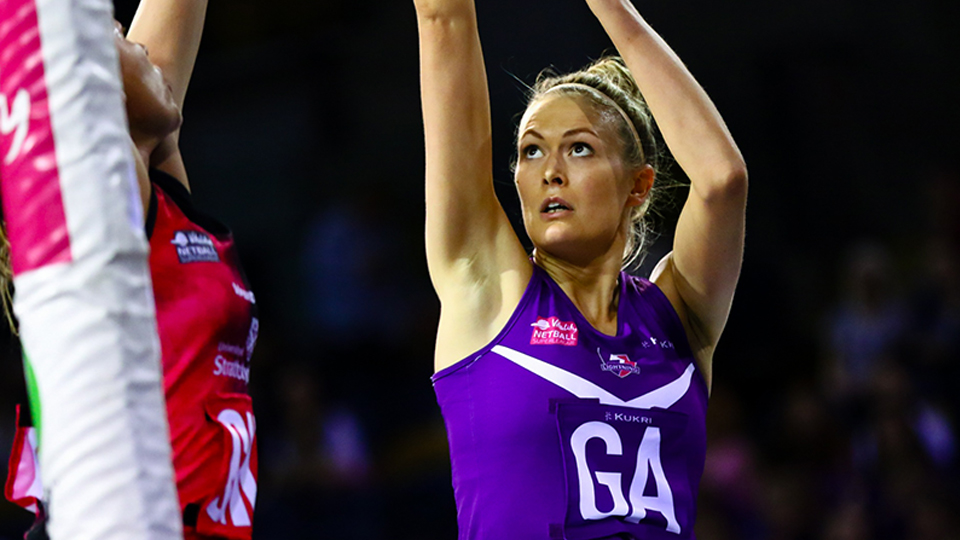 Loughborough Lightning Netball are please to reveal their sixth signing ahead of the 2021 Vitality Netball Superleague (VNSL) campaign with duel-international athlete Ella Clark making her return.

In her fifth season with the side, Clark will also compete for Leicester Riders Women’s Basketball during their new campaign. No stranger to the duel athlete role, Clark boasts international caps for both Netball and Basketball and looks to once again intertwine the two in 2021.

“I wanted to come back to Lightning this year because I really want to win. I feel like we’ve come close so many times and I just really want to get over that line with this team. It’s a great bunch of girls and I really think we can do it this year,” she said.

“I think we found the start of the 2020 season difficult, a couple of key players took injuries very early on which affected our rhythm, but by the third game we were starting to display some really strong performances, so now it’s about building on that.”

Commenting on her ability to juggle two sports, Clark credited each sport for their advantages:

“I didn’t really get into the thick of it last season as both got cut short just the sports began to collide, so it will be interesting to see how that works this year.

“I’m really enjoying playing both sports again though and seeing how they complement each other. There’s so much that I can take from my training sessions into both sports and I’m grateful for the opportunity and support from both Lightning and Riders that enables me to do both.”

Having featured in Lightning’s 2017 and 2018 side that saw them pipped at the post in the Grand Final in two consecutive years, Clark’s experience in high pressure situations and taking a leadership role within the squad will play a key part in the upcoming campaign.

“I’m really excited for the new season, we’ve got great continuity with the side this year and I really want to build on last year’s connections and I really just want to win. We’ve come to close so many times and I think we can do it this year,” Ella added.

Having competed on the international stage for both GB Basketball and the England Roses, Clark understands the demands and drive needed to succeed. Head Coach Sara Bayman comments on Clark’s experience as a vital addition to the side’s ambitions:

“Ella provides us with creativity in attack and a huge amount of experience. She has a very busy schedule with competing in basketball as well, but she is desperate for this team to win and that’s what we want from our players.”

Clark ends Lightning’s first week of announcements and joins an ever-growing list of signings for the 2021 squad. With more to be revealed in the coming days be sure to keep your eyes peeled on social to find out who will be joining them in purple for 2021.