Roddy signs on the line for Lightning return 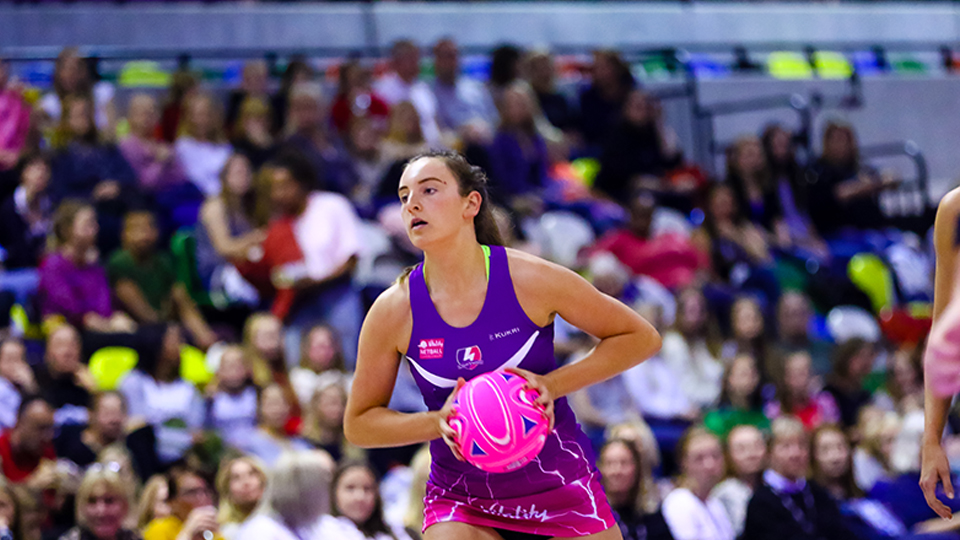 Loughborough Lightning is delighted to reveal its third signing ahead of the 2021 Vitality Netball Superleague (VNSL) with young defender Annabel Roddy returning to the fold.

Roddy, who recently commenced her third year of an English and Business Studies degree at Loughborough University, returns to the side after another successful season in purple which saw her lift the British Fast5 trophy with the side.

Roddy not only brings youth and energy to the side but also experience in leadership, having captained the U19 England team in 2019. Of her return to Lightning, Roddy shared nothing but enthusiasm:

“I am super excited for my third season at Lightning. I’m looking forward to challenging myself and building on from previous years and I can’t wait to start training with the team and making the 2021 season one to remember. I’m determined to make it the best one yet.”

With the 2020 season sadly cut short, Roddy’s success from Fast 5 and the season opener was unfortunately short lived as she found herself readjusting to ‘the new norm’ and training virtually with her teammates. However, on her return to campus she is now more determined than ever.

“Lockdown was tough, we’d been working really hard and we’re ready for the next game, but we had to readjust, stick together, stay connected and if anything, it’s made me more excited to be back in camp training together again.”

Having simultaneously plied her trade with both the Lightning NSL, U21, and Loughborough University BUCS sides in previous seasons, alongside her studies, Roddy is no stranger to hard work and cites the need for this to continue if she is to achieve her targets for the upcoming season:

“I want to be part of this team again as we’ve really been building and growing. We were definitely on the rise before lockdown came in. Now I really want to just pick up where we left off and show people what we can do.

“2021 is a big season for me, I’ve got a few things I want to focus on and progress to with Lightning, like fighting for a starting seven spot, and then there’s the World Youth Cup so there’s plenty on the horizon for me and I really want to work hard and do everything I can to get there.”

Head Coach Sara Bayman commented on Roddy’s desire to push ahead, explaining its benefits to the squad as a whole:

“Annabel really took every opportunity last year and will be wanting to do the same this season. She will be fighting for a spot in the England U21 squad and that added motivation will only help her make an impact for us in 2021.”

Annabel’s return comes as the third of Lightning’s signings for 2021 as she joins two-time Superleague champion Sam May and Commonwealth Gold medallist Beth Cobden in what’s gearing up to be a very exciting roster.

With more players to be revealed over the coming days, be sure to keep your eyes peeled on social to find out who will be joining them in purple for 2021.