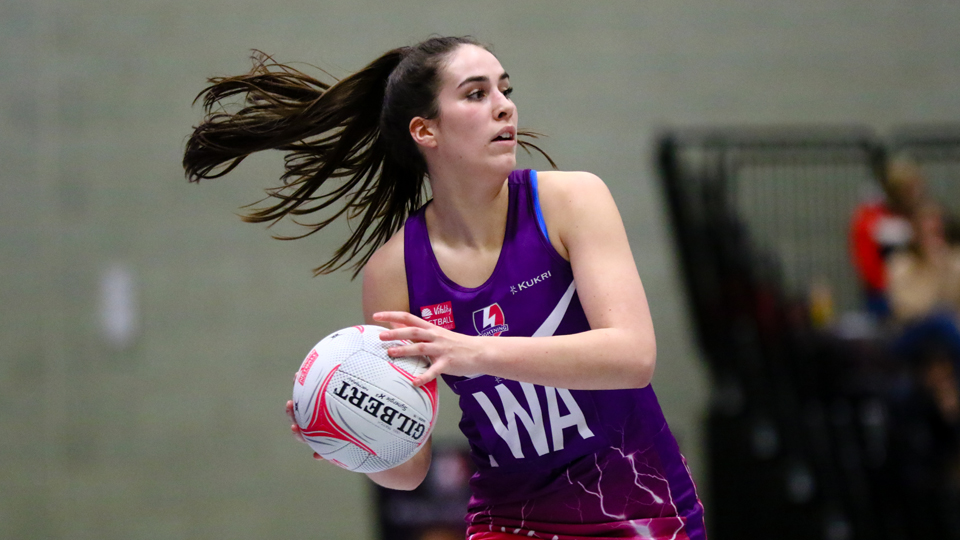 “I’m so excited to be back at Lightning for my second season! I’m looking forward to gaining more experience and building with the team from where we left off. I can’t wait to get started!”

Combining her studies and training with Loughborough Lightning the year is 19-year-old goal attack, moved to the East Midlands side from Severn Stars in 2020 to study Sports Science at Loughborough University.

Having progressed through the pathway at Severn Stars, Gabriel’s impressive displays earned her a spot in the England U19 tour to Australia and New Zealand in 2019. Now balancing her studies and a spot in both the NSL and U21 Lightning side and also the university BUCS squad, Gabriel looked back on her move last year;

“I’m going into my second year of a sports science degree at Loughborough University, so Lightning is the perfect fit. All the training and facilities are right here on campus so it’s the perfect environment for me to further my education and my netball at the same time.

I really enjoyed my first year, I had such a great experience and being with Lightning has really developed my netball. Lockdown was hard, we were at the peak of our form and training so to then transition into training alone from home was definitely difficult. It really helped having team sessions and keeping in touch regularly and its paid off now because we’ve all managed to stay fit and can now push on with our training.”

With the squad now in the early days of pre-season, Gabriel was keen to share her excitement at returning to training;

“I’m loving being back, it’s so nice just to be on a netball court again and to see everyone. We’re all just excited to start and are ready to go. I had some game time last year which was really useful for my experience so now I’m just aiming to get more court time and go from there.”

Gabriel’s most notable moment of the 2020 season was being named Player of the Match in Lightning’s first home game of the season, after a formidable performance against Strathclyde Sirens.

“That was a really special moment, it was the first home game, my first home match for Lightning and all my family were there. It was just really enjoyable.”

Head Coach Sara Bayman looks to the likes of Gabriel to add depth to her 2021 side, with the older squad members providing vital experience and knowledge to share with the younger members;

“Beth really took every opportunity last year and will be wanting to do the same this season. She will be fighting for a spot in the England U21 squad and that added motivation will only help her make an impact for us in 2021.”

With more players to be revealed over the coming days, be sure to keep your eyes peeled on social to find out who will be joining them in purple for 2021.