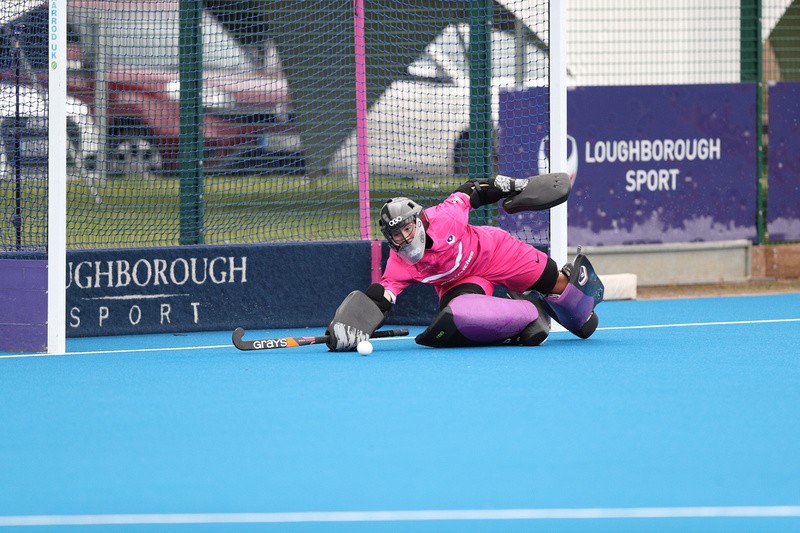 Miriam Pritchard could be in line for her GB debut. Photography: Still Sport.

Three Loughborough hockey players have been selected for Great Britain’s FIH Hockey Pro League matches with The Netherlands and Belgium - including a first call-up for goalkeeper Miriam Pritchard.

Alongside Pritchard, Lizzie Neal and Izzy Petter have also made the 20-strong squad as GB returns to international hockey for the first time in seven months.

Pritchard could be in line for her GB debut, having appeared twice for England in 2017.

The side will play two matches against each nation between 27 October – 1 November, with a total of seven GB players having Loughborough connections.

Speaking ahead of the tour, Pritchard was thrilled to be included:

“I’m excited to get the call-up. I wasn’t expecting it but after a really good start with Loughborough in the premier league and a lot of hard work over the last few years, it feels fantastic to get this opportunity.

“I’m looking forward to joining Lizzie and Izzy and getting a taste of senior international hockey against some of the best in the world.”

“The way Miriam has been going about her business over these past few years has been first class. She really owns her own programme and takes a lead on her own development.

The schedule for all matches (all GMT) can be found below and each game will be available to watch live on BT Sport. The match on Tuesday 27 October will be free-to-air on the BT Sport App.