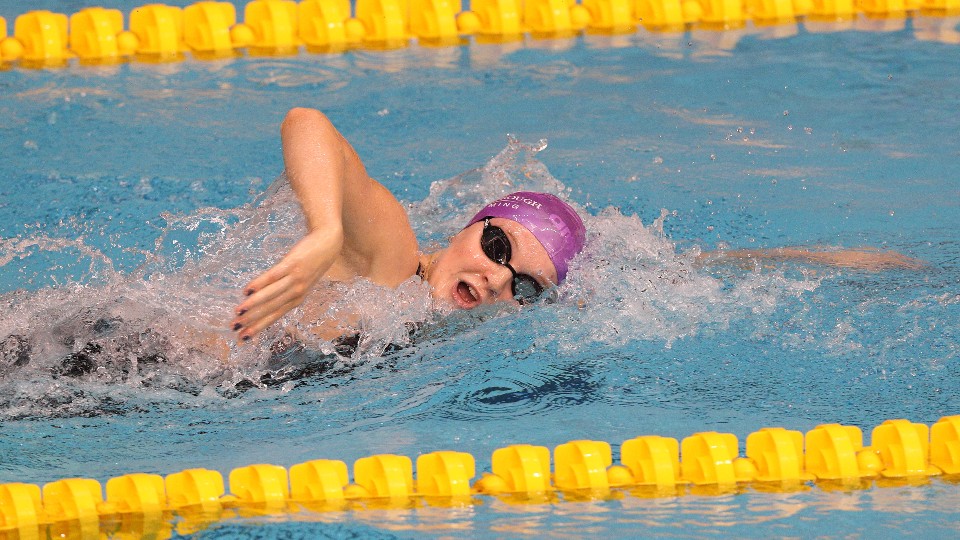 Abbie Wood was one of the many Loughborough athletes to impress in Budapest. Image: Still Sport photography.

Loughborough swimmers once again turned on the style with a series of impressive performances in the International Swimming League (ISL) in Budapest, Hungary.

Felix Auboeck’s swim in the 400m short course saw him break the Austrian record as he secured key points for the New York Breakers.

The 23-year-old recorded a time of 3:37.48 in the final individual event on Monday, taking almost two and a half seconds off the old Austrian national mark set in 2008.

Also representing the New York Breakers, Loughborough’s Abbie Wood replicated her fine form from earlier in the week with a strong second-place finish in the women’s 200m Individual Medley.

The versatile swimmer’s performance was even more impressive as Wood had just finished third in the Women’s 4x100m Freestyle Relay, recording the quickest leg of her team in the process.

Woods’ training partner, Joe Litchfield, was also in form as he kicked off the session with a powerful swim in the Men’s 100m Butterfly to finish just behind the race winner.

Litchfield continued to impress in the pool by securing another second-place finish in the 50m Backstroke and rounded off a fruitful day for this team by hitting the wall in third in the 200m Individual Medley.

Elsewhere, Louis Hansson produced a fine performance for the Toronto Titans in the 100m fly, taking the maximum 10 points for her side in a time of 56.45.

To read more on Loughborough’s success in the pool, click HERE.