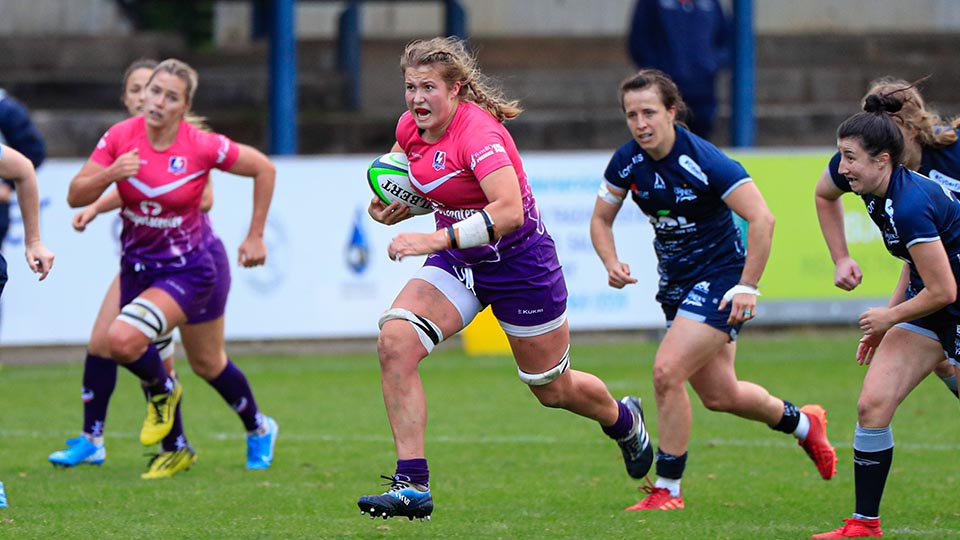 Lightning Rugby is proud to celebrate that five players have been named to take part in the re-arranged round five of the Women’s Six Nations which takes place this weekend.

Having already claimed the competition title, England Rugby will also be looking to add Grand Slam champions to their honours for the second year in a row, as they take on Italy on Sunday.

England Stalwart Sarah Hunter is ruled out of selection with a hamstring injury sustained last weekend in the Lightning game against Bristol Bears.

Taking on the role of England Captain, Emily Scarratt will be on track for her 90th cap as she steps out onto the pitch this Sunday, alongside fellow Lightning players Lark Davies and Detysha Harper.

Impressing England Head Coach Simon Middleton in the opening games of the Allianz Premiership, with her immense work rate and imposing ball carrying ability, 18-year-old Morwenna Talling will look to earn her first England cap on Sunday in the second row.

Having dazzled Premier 15’s fans with fancy footwork and blistering speed after making her move from England Sevens only a few months ago, Helena Rowland will also look to earn her first England cap off the bench on Sunday.

“We’ve had a number of short camps in recent weeks which have given us an opportunity to work with lots of players.

“We’re naturally disappointed Sarah Hunter is ruled out, but we feel it’s best she sits out of this one in order to recover properly. We have a big year ahead and must play the long game,” he continued.

“Morwenna Talling is someone who has been in and around the squad over the last season. She’s a high intensity player and fits with exactly how we want to play.

“The players who have returned from sevens have done exceptionally well in the opening rounds of the Allianz Premier 15s and we’re looking forward to seeing how Ellie, Alex and Helena fare this week.”

The match kicks off at 5pm on Sunday 1st November. Fans can tune in to witness all the action live on Sky Sports Arena or free on Sky Sport’s Youtube channel.