Experts in Sport: Disordered eating - just how common is it in elite level sport? 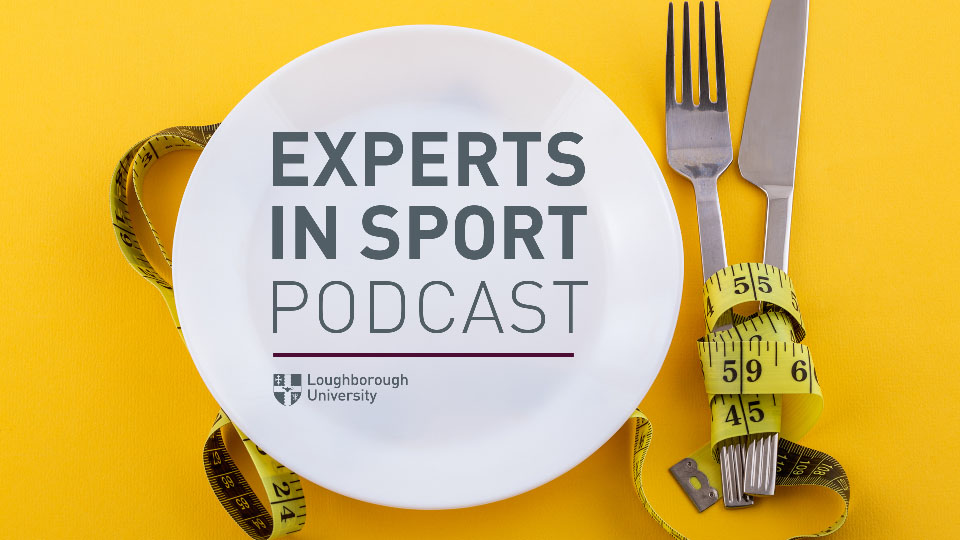 The issue of eating disorders is often difficult to discuss and even more so to spot. In this week’s ‘Experts in Sport’ podcast, host Martin Foster (Applied Sport Management Lead) is joined by Dr Carolyn Plateau, Senior Lecturer in Psychology, and George Mycock, CEO and founder of mental health organisation, MyoMinds.

During the podcast, Dr Plateau explains that eating disorders may well be more common in athletes than initially thought and touches on the role that coaches and parents can play in spotting the early signs of negative eating issues.

Dr Plateau also distinguishes disordered eating habits and identifies the behaviours associated, and how these can be spotted in athletes:

“We normally classify symptoms into three categories - behavioural, physical and psychological. Coaches and sports professionals might notice changes in athlete’s eating practices or changes in eating behaviour, so if you notice someone suddenly adopting a very strict diet or they have cut out major food groups, that can be perhaps indicative of a possible disordered eating.”

During the episode, George – who is also a current masters student at the University – explains in depth his own past struggles as a young athlete and how those difficult times inspired him to start his own charity to help others in need:

“My whole eating disorder story started when I was very young. I used to play rugby and when I was 13 years old, I broke my spine. For a year I was waiting for an operation and it meant that I gained a lot of weight.

“This was obvious to people around me and led to me getting teased. I started trying to lose the weight, exercising more, and dieting…I started losing weight quite rapidly and I would get encouraged. If you're overweight and you start losing it people seem to see that as a positive, so I started losing more and more.

“Eventually I fell into the description of anorexia nervosa and that escalated. It changed into bulimia, where I started purging, and some way or another it has moved into binge eating disorder, which is the category I fall into now… it's something I'm trying to work on with my mind and raise the awareness that it is okay to have an eating disorder and be male.”

The full episode of this podcast can be found above and listeners can subscribe to the series by visiting Buzzsprout.

For more information on MyoMinds and its own podcast, click HERE.