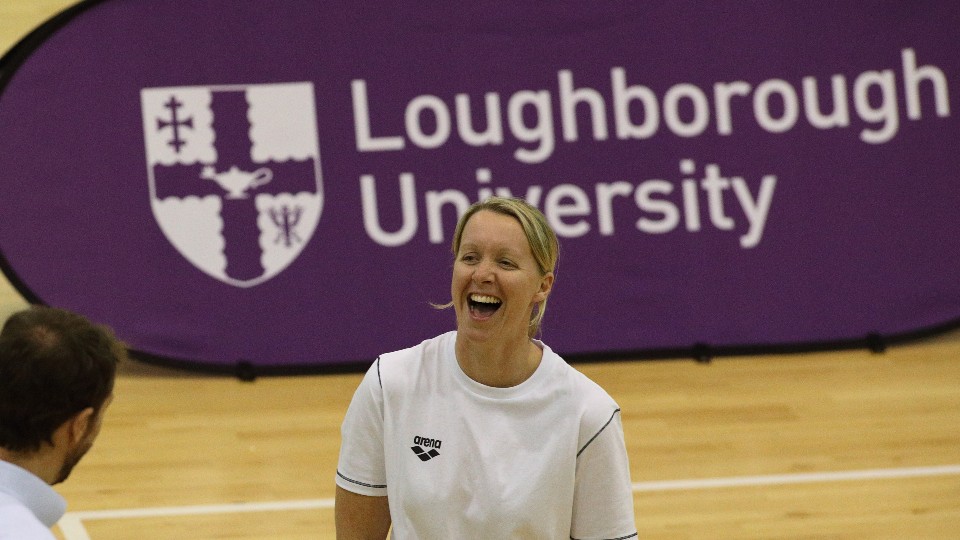 Mel Marshall has been selected as a master coach to provide key support and development opportunities for the next generation of aspiring elite coaches. Photo by Still Sport Photography.

A new programme developed by UK Sport to increase female representation in high-performance coaching has the backing of leading sports specialists at Loughborough University.

The leadership programme is part of a plan to more than double the representation of female coaches in the Olympic and Paralympic high-performance community by Paris 2024. This programme is led by  Professor Sophia Jowett, (School of Sport, Exercise and Health Sciences), during a University Fellowship at UK Sport awarded in 2019 and continued in 2020.

Integral to the leadership programme are six of the most accomplished Olympic and Paralympic female coaches in the UK. These master coaches will provide key support and development opportunities for the next generation of aspiring elite coaches. This includes Mel Marshall, National Centre Loughborough Lead Coach at British Swimming.

Mel will be joined by Paula Dunn (para athletics), Kate Howey (judo), Bex Milnes (para triathlon), and Tracy Whittaker-Smith (trampolining). Over six months they will provide a unique opportunity for other female coaches to learn from them, observe them in their environment and develop a deep understanding of high-performance coaching.

Karen Brown, who spent over 15 years as a coach for Great Britain Hockey and England Hockey, will act as a mentor throughout the programme.

“A lot has been achieved over the past 18 months. I have worked with some incredible people at UK Sport examining the available quantitative data and relevant literatures culminating to a report and subsequently a strategy.

“While the strategy’s main objective is to increase the number of female coaches, emphasis is also placed on three priority areas: (a) to raise the profiles of existing female coach leaders in order to provide the emerging ones with role models, (b) to support women to further develop their coaching career in times of change and (c) to work with key stakeholders to establish an environment within the sport sector that encourages and nurtures the female coaches who contribute to it. I strongly believe that the foundations are laid for tangible and lasting changes.”

“While the lack of women in high performance coaching is a global phenomenon, we have now a clear understanding of the problem more locally. As result, we are in a much better position to offer the support that is needed to address the extremely low number of women occupying coach leadership positions within high-performance.

“Closing the gender gap should be in everyone’s mind as we have a way to go to achieve diversity, inclusion and equity in sport coaching. Only 10% of accredited coaches in the past 4 Olympic Games were women. This persisting gender gap is neither fair nor efficient. We need to develop, not inhibit, talent and this leadership programme aims to do just that, to nurture world-class, dynamic, ambitious and diverse leaders for the next Olympic and Paralympic Games and beyond. I am thrilled to have led this extraordinary campaign on behalf of UK Sport.”

UK Sport is currently working with Performance Directors, Coach Developers and Talent Pathway Managers within the high-performance community, as well as UK Coaching, to nominate female coaches who the group collectively agree have potential to coach at the Olympic and Paralympic Games at Paris 2024 and beyond. The nomination process will close shortly and coaches will be finalised by the end of the year.

“It’s important that people see what is possible and I am honoured to be part of this project with UK Sport and with a group of extremely successful female coaches from across the Olympic and Paralympic environment. We have to talk about opportunities for women in high-performance coaching and we shouldn’t be afraid to have those conversations, talk about our ambitions and challenge those not supporting them.

“UK Sport are leading the way on this through their ambition and I am extremely excited to be a part of the project and am looking forward to sharing my knowledge and experiences with up-and-coming coaches as well as everyone else involved.”

The programme arises from UK Sport’s People Development Team, working in partnership with sports and stakeholders to address diversity and inclusion ambitions, removing barriers and introducing bespoke programmes, with gender the first characteristic and other initiatives to follow.

“There are currently far too few female coaches operating at the highest level of performance and we are committed to addressing this reality and, working with our stakeholders, driving the change we want to see.”

At present, approximately only 10% of coaching positions within the high-performance community in the UK are held by women. The first target of UK Sport’s long-term plan is to ensure that by the Olympic and Paralympic Games in 2024, the number of female coaches available to Team GB and ParalympicsGB has more than doubled to 25%.