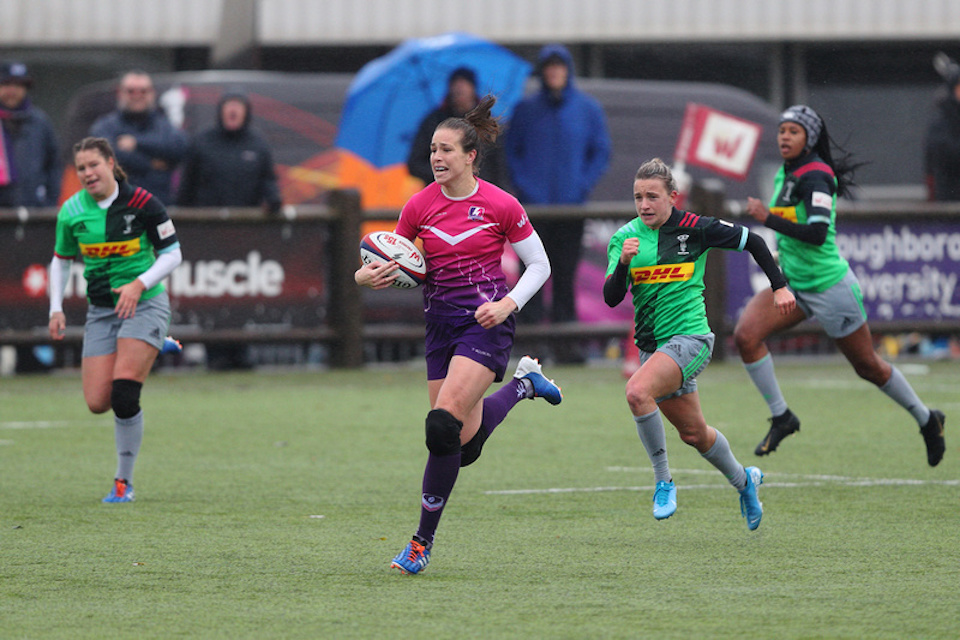 Emily Scarratt will return to Lightning's starting XI for their Allianz Premier 15s fixture vs. Harlequins.

Following a successful Women's Six Nations international break - in which Scarratt captained England to a Grand Slam and was named player of the tournament - she will return to Loughborough to join her Lightning team mates ahead of one of their toughest contests yet.

Also making her first appearance for Lightning this season is the 'flying Scotswoman' Rhona Lloyd who will be looking to make her mark on the competition.

Compatriot Helen Nelson also returns to the fray after her masterclass in kicking lead Scotland to a draw with France in the Women’s’ Six Nations.

Separated by just a single point, Lightning Rugby and Harlequins go head-to-head this Saturday as both teams look to preserve their 100 per cent win record.

Having fallen short of Saracens and Quins in the last few seasons, Lightning know that staying focused is the key to achieving success in their title bid this season.

Speaking ahead of the game Scarratt said:

“I am really excited to be back out there with the girls this weekend, they have been going really well for the first three games so I hope that I can add to that success.

"This week is going to be tough, as Harlequins, like us are unbeaten. We know their strengths and that they have some brilliant players, but we hope the weather holds as we are playing at the stadium on a grass pitch.

"I am just really looking forward to getting out there this weekend and showing what we can do. “

Scarratt also stated how she was looking forward to playing with Abbie Brown once again:

"I have not played a game with Abbie since the days of 7’s so I am really looking forward to linking up with her again. She has been playing really well so far In this competition so hopefully I can come in and complement that backline.

"We also have Helen (Nelson) returning at 12 which is great, and although we have not all played together for a while, I am confident it won’t take long to gel."

The game kicks off at 2pm at Loughborough University Stadium will be live streamed on the links below: