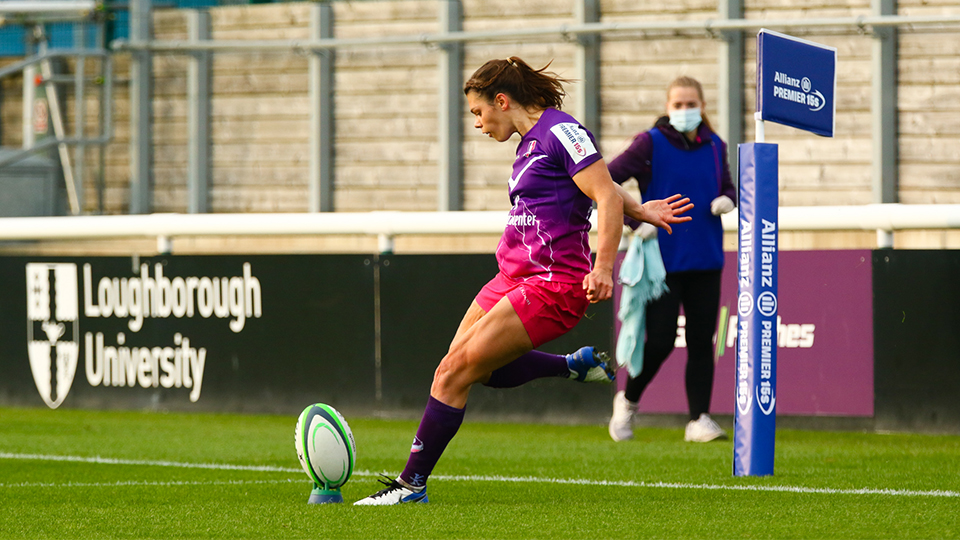 Helena Rowland is set to make her first start for England, wearing the number 10 jersey. The Loughborough University student has impressed Head Coach Simon Middleton with outstanding performances for both Lightning and the Red Roses, when she came off the bench in the recent grand slam win against Italy.

Taking on the role of England Captain, Emily Scarratt will once again lead her country out. Morwenna Talling, Lark Davies and Detysha Harper are also named as finishers for the side.

Ahead of the game, Middleton said:

“We’re really looking forward to heading out to France for what will be another competitive game.

“We see this fixture as a big opportunity for some of our younger players to play away in France, which is always one of our toughest games. Given our two 2021 Six Nations games against France and Italy are both at home, this is a big opportunity to compete against top quality opposition away from home ahead of next year’s World Cup.

“Helena Rowland has really impressed since her return to XVs with Loughborough and deserves her chance. We’re really looking forward to seeing her link up with Zoe Harrison.

“Last but certainly not least, we are really pleased our two autumn games against France will be shown on BBC Two and our aim is to put on a show for everyone supporting from home.”

The game will be shown live on BBC Two and BBC IPlayer - KO 1.15pm GMT.