Lightning out muscled in first defeat of the season 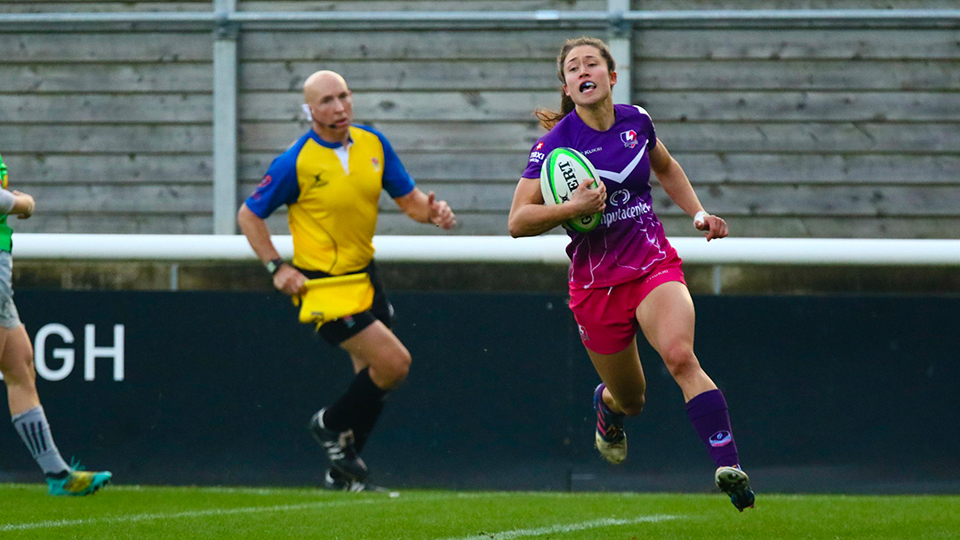 Not even a brace of tries from both Rhona Lloyd and Emily Scarratt could clinch the win for Lightning today, as Harlequins muscled their way to the win at Loughborough University.

Harlequins looked sharp from the kick-off, attacking with ferocity and tempo through their forward pack. Their set piece maul coupled with the boot of Emily Scott punished Lightning after only 16 minutes– a combination that would torment Lightning throughout the first half.

Capitalising on a Lightning high tackle, Harlequins scored their second try. With an almost carbon copy of the first, Scott punted the ball into the corner and the forwards did the rest, crossing the line to extend their lead to 12 points.

Retaliating quickly, Lightning found space through some magical footwork from Helena Rowland. A long pass to the wide channel set speedster Rhona Lloyd free - seeing her dot down in the corner and making her mark on her first appearance this season.

The home side’s elation was short lived, as seconds before the half time whistle, Harlequins broke through their own ruck and crossed the whitewash - extending their lead to 5-19 going into half time.

Harlequins came out after half-time firing on all cylinders. It did not take long for the well-oiled machine that is the Harlequins maul to strike twice in the first 10 minutes of the half, extending their lead 5-33.

Striking back for the second time of the game, Rhona Lloyd found herself with ball in hand and in a one on one with Harlequins winger. After stepping the final defender with ease, she touched down under the posts and Helena Rowland added the extras.

Entering into the final 5 minutes of the game all looked lost for the home side, however Emily Scarratt had other ideas.

Taking a quick penalty, the ball was sent wide to Abbie Brown who sped down her wing and skilfully offloaded to housemate Emily Scarratt. Handing off the final defender, Scarratt slid across the line clinching the 5 points and Helena Rowland converted.

With only seconds left on the clock, Lightning looked to step up a gear against the tired Harlequins outfit.

Not happy with only one try in the game, Emily Scarratt found herself with the ball yet again as Lightning shipped the ball wide from the kick-off. Striding down the wing at pace, the England centre powered her way into the corner adding 5 points to the Lightning total.

However, it was too little too late for Lightning, as the final whistle blew at the Loughborough University Stadium and Harlequins claimed the win 24-33.