Lightning name their side to travel to Worcester 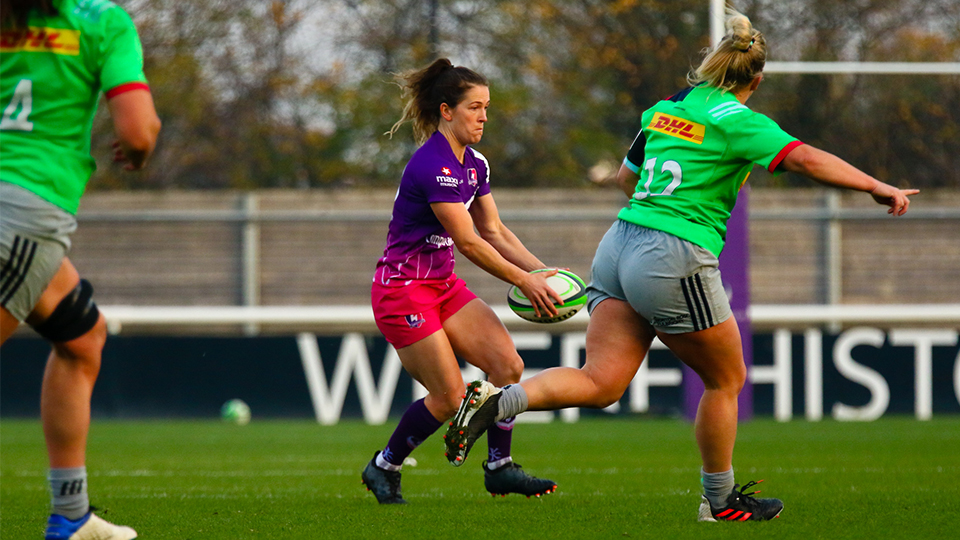 Loughborough Lightning will make six changes as they travel to the Sixways stadium to take on Worcester Warriors this Saturday.

With five members of the Lightning squad representing England in France this weekend, Head Coach Rhys Edwards will make five changes to their starting line up that lost out to Harlequins Women last time out.

After making her debut last week off the bench, Lizzie Goulden steps into the starting fly half role alongside Jess Weaver who is given the 9 shirt for the first time this season.

Bryony Field joins Katie Trevarthen and Daleaka Menin to make up the front row, whilst changes in the back row sees Georgia Bradley move to the blindside,, Sara Svoboda at openside and Rachel Malcolm at number 8.

The game will kick off at 2pm at the Sixways Stadium.

Ahead of the game this week, Rhys Edwards commented:

“Worcester Warriors have improved significantly over the past three years under the guidance of Jo Yapp and playing them away this weekend will be a great challenge for us.

“We lacked physicality last week against Quins so that has been our focus this week. We know if we can win the physicality battle in the ruck we can get good quick ball to play with, however, that is not an easy thing to do against a side like Worcester - we will really need to challenge them.“

Speaking about Lizzie Goulden starting at fly half, Edwards said:

“Lizzie has been a quality edition to the squad, she is somebody that wants to play positive rugby and has a great kicking game as well.

“It's been unfortunate that she hasn’t been able to play sooner with issues with her visa, but it was great to see her debut last week agisnt Quins and we are really excited about giving her the opportunity to start agsisnt Worcester and show what she can bring to the field.”

Lightning’s kick-off is at 2pm, make sure you tune into our social media to keep up with all the action.