Lightning back to winning ways at Sixways Stadium 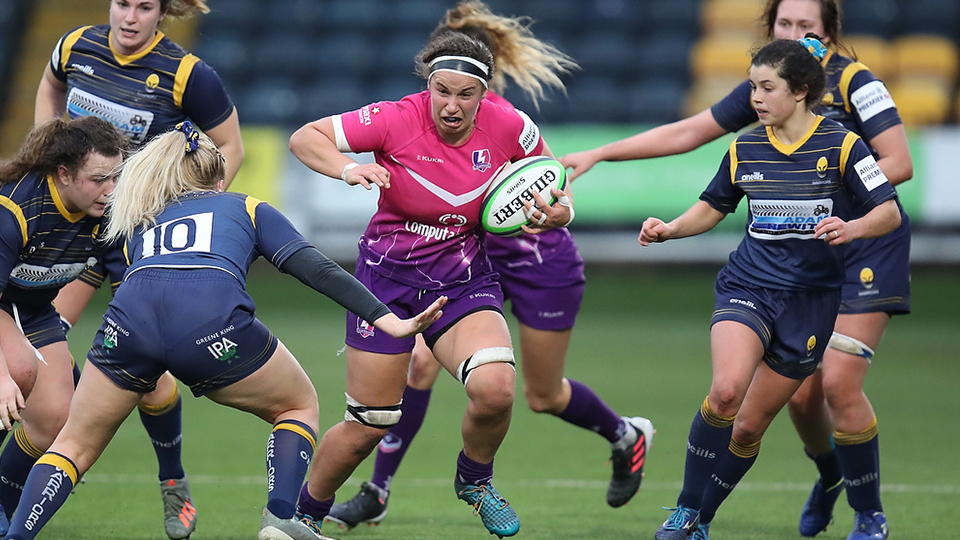 A scrappy game at Sixways Stadium sees Lightning the victor’s as they return to winning ways on the road against Worcester Warriors.

With both sides looking fired up from the start the first 15minutes of play was frantic with the ball pinging between the two sides.

Some fierce counter rucking from the Lightning forwards saw them turn the ball over early allowing Olivia Jones to have the first break of the game.  The run was to no avail, as great cover defence from Worcester pressured the winger into a fumble and the ball was turned.

Kick tennis ensued with Lizzie Goulden hoofing the ball down the pitch to be returned by the Worcester. Slicing the ball, the Worcester full back caught her team mates off-side and allowed Lightning to edge into the lead from the book of Helen Nelson after 25 minutes.

After turning the ball over from the Lightning Maul, Worcester cleared their lines only to find Abbie Brown. Linking up with Rachel Malcolm and Rhona Lloyd the Lightning full back burst her way over the Worcester try line with only minute left on the clock – extending the lead to 8.

Flying out the blocks after half time, Lightning had a new urgency about them. Within seconds of the whistle, a break from Liv Jones saw Lightning in the Worcester 22m. Some quick hands saw the ball find speedster Rhona Lloyds who swiftly dotted down in the corner of the stadium.

Silly mistakes from both teams meant that the penalty count was high. Taking advantage of their position, Worcester slotted three points from the tee, bringing them to within 10 of the visitors.

Moving the ball quickly from the tap penalty, Daleaka Menin carried hard, breaking the Worcester line and giving Lightning forward momentum. A quick ruck later saw Emma Hardy shrug off the Worcester defence before dotting down between the posts for Lightning’s second try of the game, Helen Nelson added the extras.

Retaliating quickly, Worcester capitalised on a penalty on the 5m line, taking the quick tap and crossing the line before Lightning could set up bringing the score to 20-8.

With only seconds on the clock Lightning’s defensive pressure was rewarded with a penalty. A superb line from Isla Alejandro saw Lightning on the Worcester 5m line, however after turning the ball, Worcester’s clearing kick was put into touch by Emma Hardy, securing the Lightning win 20-8.