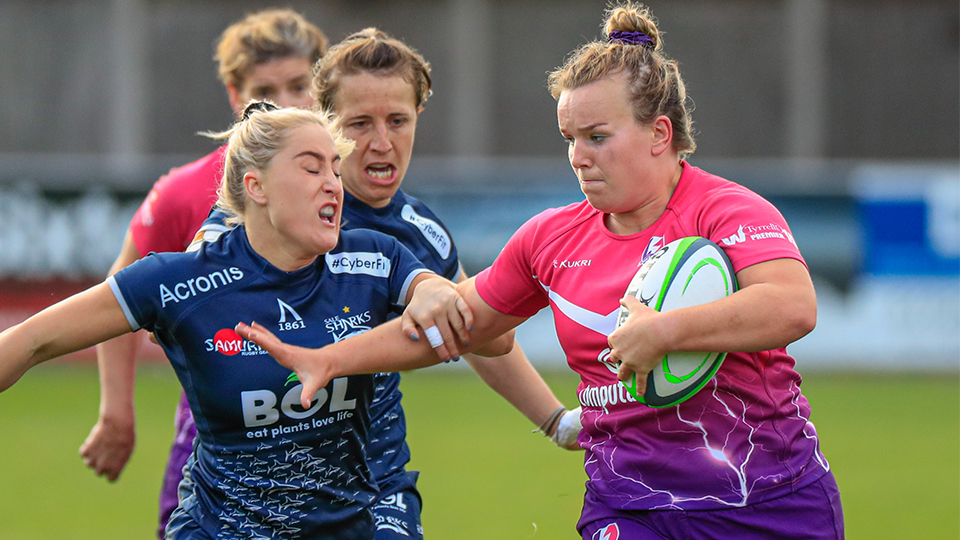 Four Lightning players have been included in the Red Roses squad ahead of the final clash with France this Saturday at Twickenham.

After picking up a knock in last week's victory against France Helena Rowland is selected amongst the finishers. Testing his full England side, Simon Middleton names Emily Scarratt on the bench after two brilliant performances.

“Last week we had to see how we coped without the experience of Katy at fly-half, this week is an opportunity to see how we fare without Emily Scarratt in the starting XV," Middleton said.

“Helena Rowland picked up a knock against France and hasn’t trained fully this week but did more than enough last week to keep her place in the squad. That was one of the most composed and impactful first starts I’ve seen from an England player.

“All the players and staff can’t wait for Saturday in what we know will be another tough game. As a squad and staff group alike, we would like to say a huge thank you to everyone within the RFU family who has made this game possible, to all the supporters who have wished us well over the last few weeks and to everyone for tuning in to watch."

“We’re absolutely gutted for Sarah [Hunter] but know we need to manage her return to play appropriately. There’s a bigger picture over the next 12 months, come September 2021 we’ll need our captain and that’s our strategy with her."

The Red Roses take on Les Bleues in the second of a two-Test series on Saturday 21 November (KO 12 noon, live on BBC Two and BBC iPlayer).