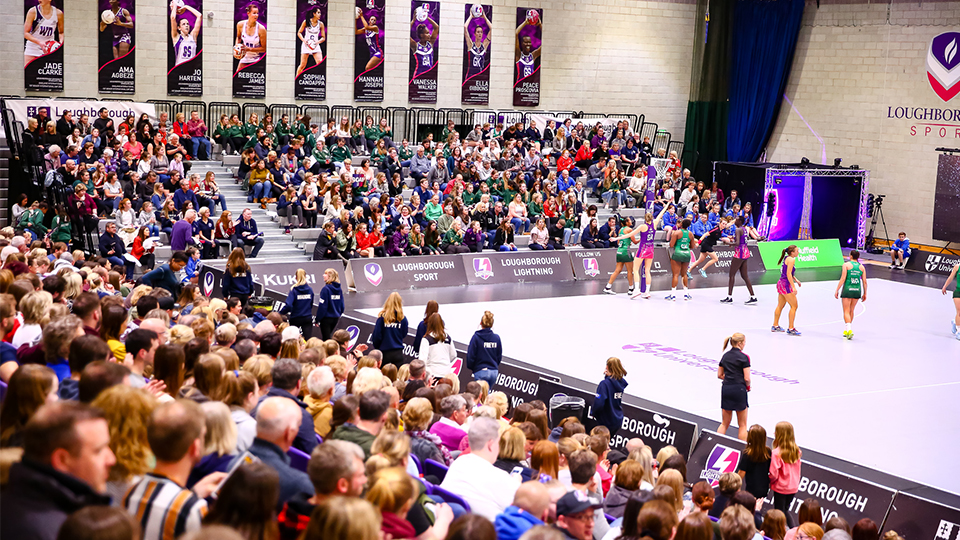 England Netball has today announced the cancellation of the Vitality Netball Superleague (VNSL) 2020 season due to the continued impact of the Coronavirus outbreak.

****STATEMENT FROM THE VITALITY NETBALL SUPERLEAGUE****

England Netball has today announced the cancellation of the Vitality Netball Superleague (VNSL) 2020 season due to the continued impact of the Coronavirus outbreak.

The governing body has been working collaboratively with the VNSL Board, all 10 teams and key stakeholders to reach a collective decision on the season, which commenced in February and was paused on 15 March due to Coronavirus.

Since the outbreak, the VNSL Board have been continually monitoring Government and medical advice and have carefully considered various scenarios for reigniting the season, including extending the season and the option to resume the remaining season behind closed doors. All parties believe that concluding the season now is the most appropriate measure to guarantee the safety of the Netball Family, protect the long term future of all VNSL teams and ensure the VNSL can take necessary steps to come back in a strong position for a successful season in 2021.

Despite the 2020 season coming to an end now, England Netball and the VNSL Board are continuing to review the option of a standalone short form VNSL competition or potential event in the autumn if it’s achievable and safe to do so, in a bid to provide fans with the chance to see their favourite players in action.

The welfare and fitness of all players is critical and following the national lockdown, England Netball has also recommended that VNSL players have a minimum of four weeks of preparation and training before taking part in any competition to reduce the risk of potential injuries. This extended lead in time coupled with access to environments with appropriate coaching support, training equipment and risk mitigations in place would push any potential restart to the season well into the autumn at the earliest, which presents issues with player contracts, preparations ahead of the 2021 campaign and the international season.

Due to timings and COVID-19 restrictions, the Netball Performance League, which was also suspended in March and comprises of an U19 and U21 league contested by the English based VNSL teams, has also now been concluded.

Fran Connolly, CEO of England Netball, said: “After many weeks of following Government guidance and planning for a variety of different scenarios, we have made the difficult decision to cancel the 2020 VNSL season. It has become clear that large sporting gatherings will unlikely be deemed safe in coming months and after lengthy discussions we believe it would not be logistically possible or sustainable without crowds to reignite the season, which we are very disappointed to have to announce but it’s vital we no longer keep teams and players in limbo on the matter.

“The start of the 2020 season was the most successful yet with record breaking crowds joining us for the Season Opener in February. We don’t want to see that momentum dwindle away, but it’s key that we protect the longevity of all 10 VNSL teams so that we can come back next season bigger and stronger than before. We do hope though in the meantime that fans continue to support their teams and stay engaged with the sport digitally until we can all get on court again.

“Whilst we will now focus our efforts on working with VNSL teams to investigate an autumn offer and plan for an incredible full return next season, we will also be continuing to prepare our ‘Return To Training’ and our ‘Return to Play’ frameworks for other parts of the game.

Like many sports we are still facing uncertainty around timeframes for our community game returning, we are however in regular talks with the Government and sporting partners to ensure we are ready to support the Netball Family in safely getting back on court when the green light is given.”

Whilst netball activity has been suspended for several weeks now, England Netball welcomed the recent Government guidance stating that from June elite athletes (those who derive a living from competing in a sport and are a member of the senior training squad for their sport’s relevant governing body, such as the Vitality Roses) can get back to some sort of individual training in appropriate environments. This was followed by the more recent ‘phase two’ guidance that outlines a framework for the resumption of close contact training.

Jess Thirlby, Vitality Roses Head Coach, added: “The Vitality Roses have been busy training at home over recent weeks, well supported by their VNSL teams and the Roses programme. However they are itching to get back on court and to begin preparing for future internationals, especially with another Commonwealth Games in sight. This recent Government guidance demonstrates the start of the resurgence of netball and gives us hope for its return, which is fantastic.

“The Roses’ initial return to training will likely look a bit different to what they are used as we need to ensure all safety aspects are considered, but it’s great that they can start making those steps to getting back into a training environment.

“England Netball is still in talks with the International Netball Federation, venues and other teams to begin mapping out what future internationals could look like when social distancing is relaxed and fans can gather again. So there’s going to be so much for our Netball Family to look forward to when we can safely reunite!”

The news about the cancellation of the 2020 VNSL season confirms that the VNSL Grand Final scheduled for 4 July 2020 in London will no longer go ahead, therefore England Netball has already started the process of automatically refunding all of its existing ticket buyers. England Netball has kindly asked fans to be patient during this time as refunds may take up to 21 days to show on bank statements due to the large volume of refunds being processed. All Grand Final ticket buyers will receive a separate communication from England Netball following this announcement.

Fans who have purchased tickets for specific VNSL team fixtures in the 2020 season should visit their team’s website for an update on the status of their tickets, as timeframes and processes may vary for each team.

To all our valued #LightningFamily whilst we are saddened by this announcement, we hope that you understand the decision. We are still working hard behind the scenes to bring you the biggest and best match-day experience to date and would love your continued support as we now look ahead to 2021!

You can still keep up to date with news, activities and behind the scenes action over on our social media channels @lborolightning.

All Lightning 2020 ticket holders and Season Members will receive an email shortly with more info regarding your purchases and detail on how to obtain a refund, so please keep your eyes peeled!