No pool? No problem for these Loughborough swimmers 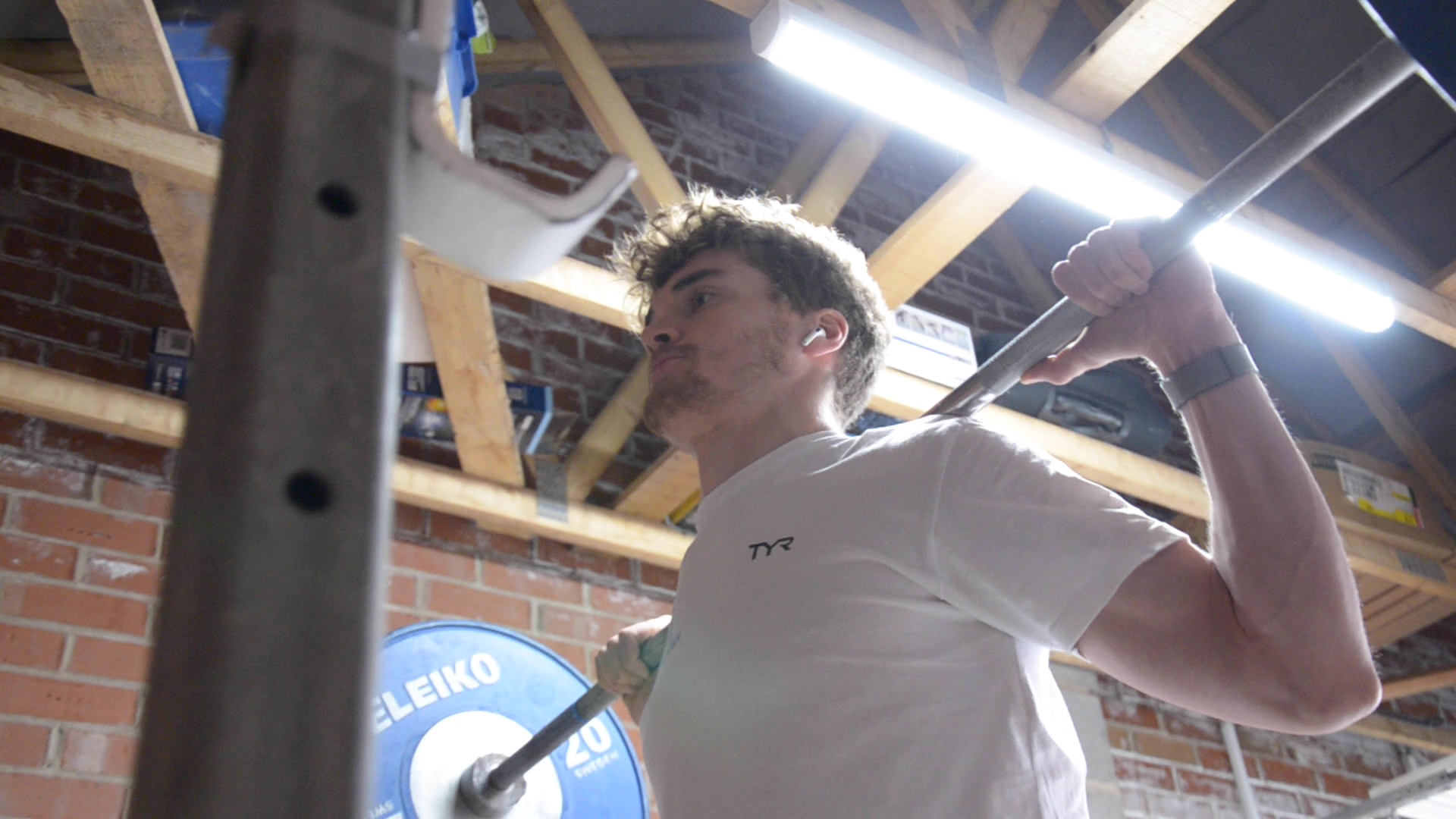 The lockdown period has brought many challenges to all athletes involved in sport, but what if your essential training venue – in this case, a swimming pool – has temporarily closed its doors?

Loughborough trio James Wilby, Abbie Wood, and Marie Wattal have each shown resilience and creativity outside of the water, as they spoke to the University as part of its #TrainatHome campaign.

Two-time Commonwealth Games gold medallist, James Wilby has taken to a homemade bench-press, static cycling, and even found some time to spare for a spot of DIY.

“Loughborough’s pool and gym provide some of the best training facilities in the world so now we’re in lockdown it’s certainly been difficult. I’ve been loaned a Wattbike, a rack and a bar and some high-quality weights…I’m fortunate and without these, I would be completely lost not knowing what to do,” he explained.

“Just under a year ago I moved into a new house, so I’ve been getting stuck into a lot of DIY projects, building things and taking on a bit of woodwork.

“The best thing to do now is to maintain and stay steady as going hard now may compromise us in the future. Being in a good place once we’re back in the water and having the ability to bounce straight back into it so that in twelve months from now, towards the final stretch of the Olympic Games, everything is absolutely as you’d want it to be.”

Marie Wattel – from Loughborough to the French Alps

“I’m in the French Alps with my parents as I wanted to head home so I could be with my family. The weather is a bit better than Loughborough too!” Marie said.

“I’m still trying to stay to three workouts a day – running 5-6km every morning, followed by a home gym session with a pull-up bar, and then cycling in the afternoon. When you’re swimming, you’re never alone so I’ve got my sister here with me.

“My goal this year was to make an Olympic final and now I’m thinking I may be better placed next year as it’s another twelve months in the bank. Hopefully, once I get back in the pool, I will be mentally fresh and 2021 will be the big one.”

Abbie Wood – staying focussed in Derbyshire (without taking a dip in the local reservoir!)

“I’m currently based in my hometown of Buxton and we’ve been sent a weekly plan by our coach. The bodyweight circuits we do on a conference call all together so that’s been really fun,” she said.

“I’m still technically doing ten sessions a week but it’s difficult not having a pool and I’m definitely not going to swim in the reservoir in Buxton!

“You’ve just got to take it in your stride as everyone is going through the same thing…Tokyo being delayed for a year is a bit annoying, but I’ve just got to think I have another year to prepare and build yet more momentum.”

Loughborough University’s #TrainatHome campaign looks at how its elite level athletes are adapting their training schedules during the coronavirus outbreak. With new content and interviews released every few days, athlete videos can be downloaded in full by visiting HERE.