The science behind swimming: Loughborough to host expert panel 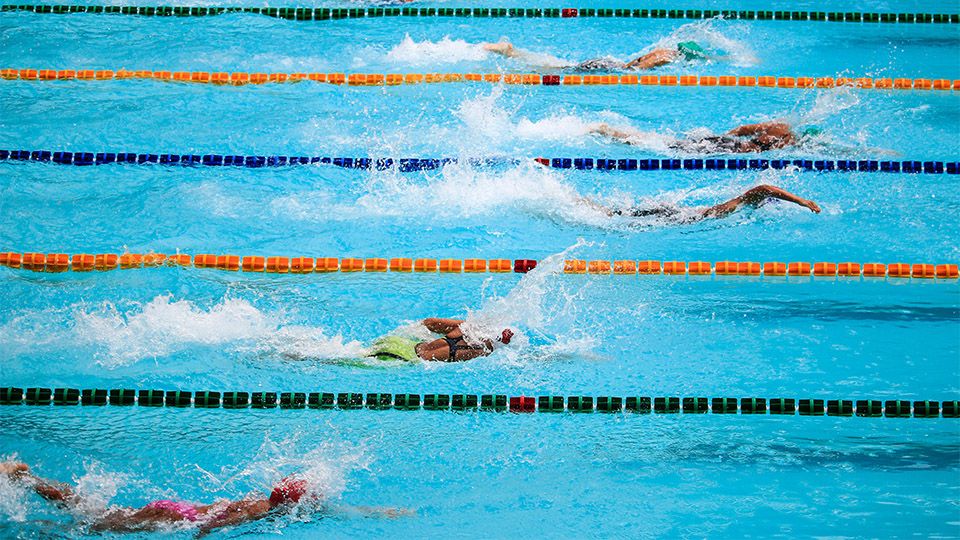 Loughborough University academic Dr David Fletcher will form part of a panel of international experts at this unique event looking at the art and science of swimming fast.

This unique event will celebrate the announcement of Loughborough-based 2020 Olympic swimmers as well as feature what promises to be a fascinating discussion of what it takes to become the best swimmer in the world – and what it takes to stay there.

If you have a question that you would like to put to the panel you can e-mail this to Laura Dale (L.Dale@lboro.ac.uk) no later than Friday 17th April 2020.

Melanie Marshall is the Loughborough National Centre Lead Coach for British Swimming, where her swimmers include the current Olympic champion, Adam Peaty.

Mel joined Loughborough in 2000 to study Applied Sport Science, and went on to become a double Olympian, five-time Olympic finalist, and the second most decorated female at the Commonwealth Games.

Adrian Moorhouse MBE is Co-Founder and Managing Director of Lane4 Management, a management consultancy that supports performance with a range of individuals, teams and organisations.

Adrian won the gold medal in the 100-metre breaststroke at the 1988 Summer Olympics in Seoul, Korea, and was ranked number one in the world in the event between 1987 and 1991.

Adrian has over 20 international medals across Olympic, World, European and Commonwealth Games. As a managing director and consultant, Adrian was voted Best Leader at the Sunday Times Best Small Companies to Work for in 2007 and 2009 and has been listed in HR Magazine’s Most Influential UK Thinkers since 2010. Adrian is also a swimming commentator for BBC television. In 2013, Loughborough University awarded Adrian an honorary doctorate degree.

David Fletcher PhD is a Senior Lecturer in Performance Psychology and Management at Loughborough University.

His experience of consulting with high-level performers spans the past 20 years and includes working closely with Olympic and world champions from a variety of sports, special forces and emergency services, and senior leaders and their teams in FTSE 100 and Fortune 500 companies.

He has published widely in performance psychology and consulting, including ground-breaking research studies in scientific journals and practical articles that demystify complex human phenomena. David is a qualified swimming coach, competed at the FINA World Cup and British Olympic Trials, and is a current British record holder in masters age-group and cross-channel relay events.