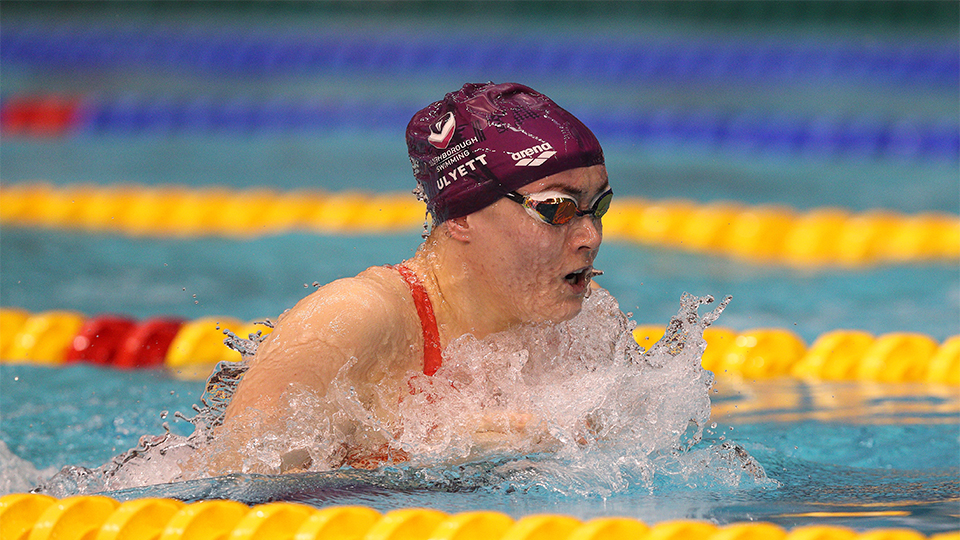 Loughborough swimmers once again turned on the style at the Edinburgh International Meet this weekend.

Adam Peaty swam the quickest 100m breaststroke time in the world this year to beat his own record, hitting the wall in 58.13. Olympic champion Peaty also secured victory in the men’s 50m, finishing in a rapid time of 27.14.

In the men’s 200m, Loughborough student James Wilby blew away the field with a time of 2:09.47 to secure gold. He also took home the men’s 100m silver and 50m bronze in an enthralling meet.

Elsewhere, Molly Renshaw, who trains at the University, held off a late challenge from alumna Jocelyn Ulyett to win the women's 200m breaststroke in 2:25.84. Jocelyn’s strong performance saw her finish with a time of 2:25.88.

Abbie Wood’s stunning swim saw her claim gold in the women's 200 IM with a time of 2:11.78 with Candice Hall claiming bronze. Wood also secured bronze in the women’s 200m freestyle, finishing in a time with 1:59.67.

Luke Greenbank continued his excellent recent form by winning the men's 200m backstroke in 1.58.65, whilst Joe Litchfield also secured gold in the men’s 50m backstroke, stopping the clock at 25.32.

Both swimmers also performed brilliantly in the men’s 100m backstroke as Litchfield hit the wall in 54.99 just ahead of Greenbank in 55.15.