Jawad in race against time to make the Paralympic Games 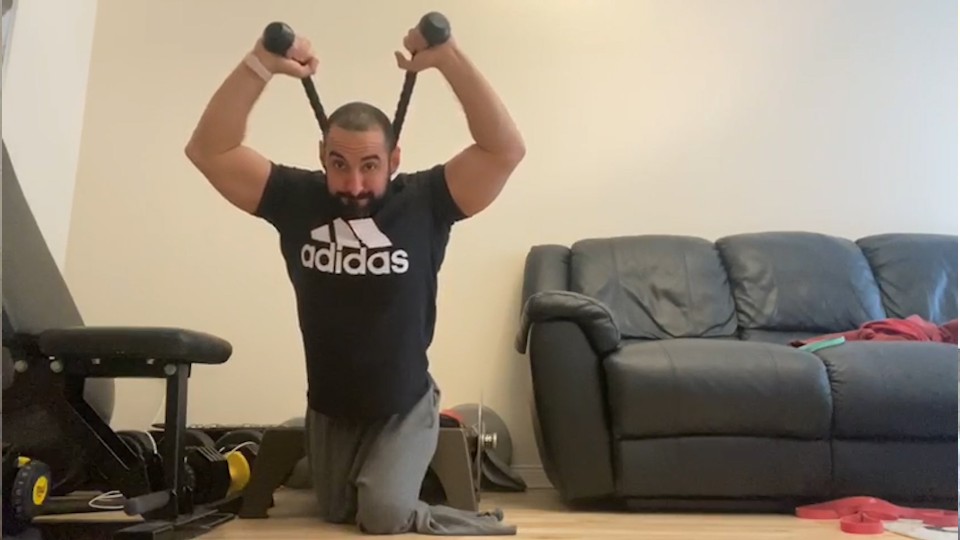 Loughborough-based powerlifter Ali Jawad has revealed that he is in a race against time to make the Paralympic Games in Tokyo.

The reigning silver medal holder from the 2016 Games is awaiting stem cell treatment which could curtail his hopes of competing in Asia.

Speaking to the University in the final instalment of its #TrainatHome campaign, Jawad explained how the Covid-19 outbreak has impacted on his life in what would have been a Paralympic year.

“I’ve not been consistently fit since Rio (2016 Paralympic Games) and my body has broken down quite often due to Crohn’s and the complications with my medication,” he said.

“Because of my health I’m in a race against time to be fit. I knew that the deadline for my treatment - which I’ve already delayed for two years - was probably going to be straight after the Games this year.

“It’s stem cell trial which unfortunately requires aggressive chemotherapy, and no one has ever come back from it at my level.

“I obviously had to accept two years ago that if I had the treatment I would have to retire potentially…ideally I want to the make the Games in the best shape and then have the treatment available to me afterwards, but right now everything is up in the air due to coronavirus.”

For now, at least, Jawad remains focussed on his rigorous training schedule and explained how he’s used the lockdown period to maintain fitness levels, albeit in his home environment:

“In powerlifting you try and lift big weights, so I’ve converted my living room into a mini gym. I’m going to use this opportunity to get as fit as possible…after the isolation period you may see this muscley caveman as I’m growing my beard too!

“My treatment could be available before the Games, but it might not – we just don’t know yet. I won’t be counting my chickens until I’m on that flight and ready to go to Tokyo.”

Loughborough University’s #TrainatHome campaign has looked at how its elite level athletes have adapted their training schedules during the coronavirus outbreak. To view the full series, click HERE.