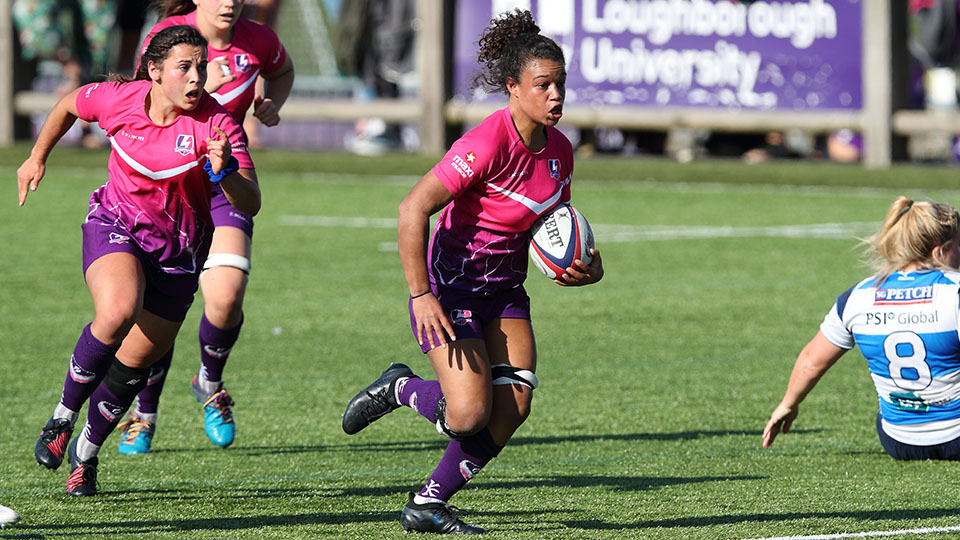 Amelia Harper is one of three Lightning players to receive their first full international call up.

12 Loughborough Lightning players have been called up to represent their country at this year’s Women’s Six Nations.

Flanker Harper has nine caps for England U20s and 17-year-old Talling made her Tyrrells Premier 15s debut for Lightning against Saracens in October and has been part of England’s Talent Development Group.

Middleton said: “We’ve named a squad that certainly reflects not only the immense experience in the English women’s game but also some of the outstanding young talent that we are now seeing emerge from the Tyrrells Premier 15s.

“Amelia Harper is an out-and-out seven. She’s fast across the ground and fearless in the contact, that’s exactly what you need from that position. We’re really excited about seeing her play.

“Morwenna Talling has come through the Talent Development Group and broke onto the Tyrrells Premier 15s scene this season. The impact Morwenna has made in the Tyrrells league this season is nothing short of remarkable and that’s why she’s been called up to the squad.

“We are looking forward to getting out to France which is always a great contest and starting our campaign in Pau.”

Scotland has also included six Lightning players in their squad, with head coach Philip Doyle naming his side ahead of the tournament.

Current Loughborough University students Isla Alejandro and Rhona Lloyd have been selected and will be joined by Alumnae Leah Bartlett and Sarah Bonar. Lightning Centre Helen Nelson is also included alongside alumna and captain, Rachel Malcolm.

Alejandro and Bartlett are in line to receive their first international caps in a squad that is brimming with raw talent. Doyle explained:

“I am delighted that our captain Rachel Malcolm and Chloe Rollie will be back in the squad for the opening game of the Women’s Six Nations and that Sarah Law will be available near the start of the Championships as well.

“It is great to see some new players coming into the set up. They can properly challenge for positions in the future and their inclusion is most importantly developing that depth in an important year.

“I have been focussing on pushing myself, players, staff and Scottish Rugby to improve and everyone is very much working towards the same shared goal right now.”