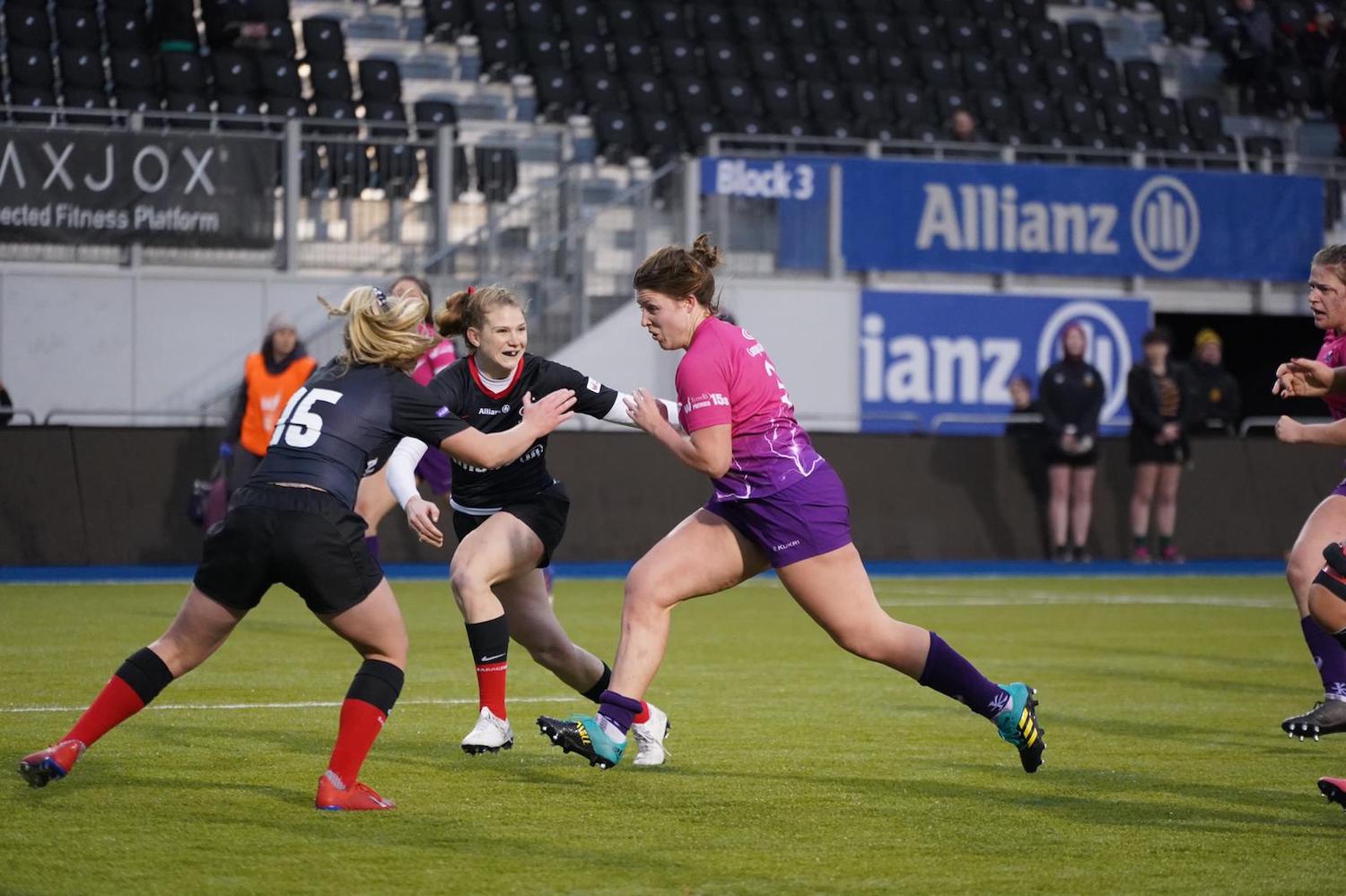 It was a nail biting finish at Allianz park as only three points separated both teams with two minutes to go. However, it was not to be Lightning’s day as reigning champions Saracens clinched the win 39-31 in the dying minutes of the game.

After a cautious start seeing both teams fumble the ball, it was Saracens who got into gear the quickest, testing the Lightning defence in their 22m. Showing their strength in the maul it wasn’t long before the home team bundle over the line for their first try of 2020, quickly followed by a second in a similar fashion.

Lightning retaliated quickly off the kick-off with their own try as Jo Brown thundered over the line after a sustained period of attacking play.

Not wasting anytime off the kick-off Saracens took advantage of a napping Lightning side to break through and touchdown in the corner and then once more before the half time break extending their lead to 7-24.

After the half time break it was Lightning that came out firing on all cylinders. Following a beautifully placed cross field kick from Katy Daley-Mclean, Sarah Hunter smashed through the home team defence to score the first points of the half. Saracens retaliated quickly with a try of their own.

Back with ball in hand Lightning looked dangerous. Keeping the ball alive through the attacking phases Emily Scarratt weaved her way through the Saracens defence to dance over the try line between the posts.

A penalty kick to Saracens eased the pressure for a few minutes, but it wasn’t long before two try’s from the Canadian duo Daleaka Menin and Emily Tutossi brought the Lightning score to within 3 points with only minutes left on the clock.

Srappy play from Lightning off the kick-off allowed Saracens possession and a last chance to attack. Capitalising on a penalty, they scored off a driving line out in the dying seconds of the game and secured the win 31-39.