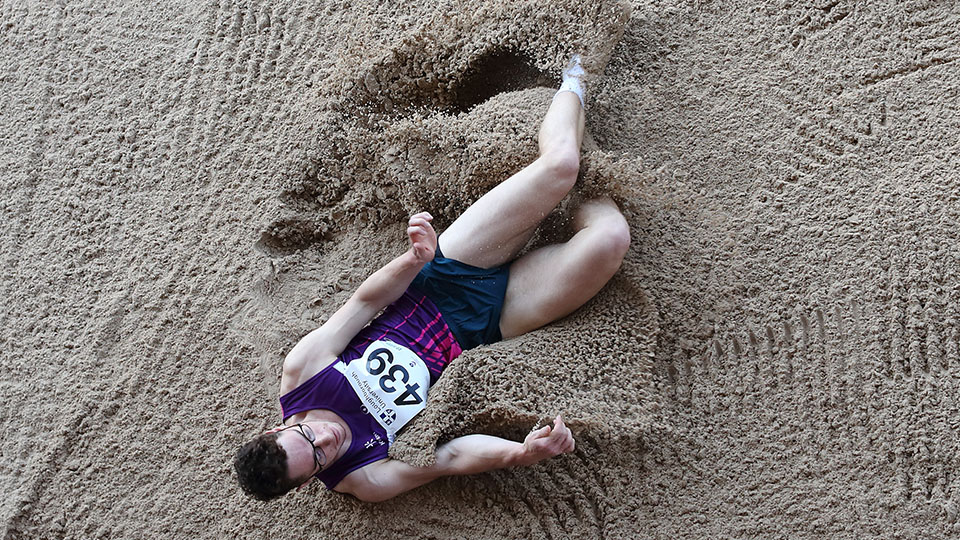 Sam Khogali is one of the many Loughborough athletes in the squad.

Loughborough students and alumni will form a strong presence in the England squad at the Vienna Indoor International Meeting in February.

First year, George Hyde has been selected for his first Senior International vest in shotput and Ebony Carr will be competing in the 60m. Alumni Daniel Putman and Sam Khogali have been selected to compete in the 400m and the long jump respectively.

Another alumni, Elliot Powell, will also compete in the men's 400m, with Loughborough-based Hannah Williams set to race in the women's 400m - coached by Glyn Hawkes (Loughborough alumni and Athletics Club coach).

Loughborough club coach, Stuart Carlaw, is also supporting the team as the England Throws Coach for the Vienna fixture.

“We are incredibly proud of the achievements of our students. Their dedication to their sport is certainly paying off and we look forward to seeing how they perform in Vienna.”

Elsewhere in upcoming European meets, alumni Kieran Reilly will compete in the 1500m in Reykjavik on 2nd February.

The following week in Linz, Austria, alumna Jessie Knight will be hoping for a successful run in the 400m.